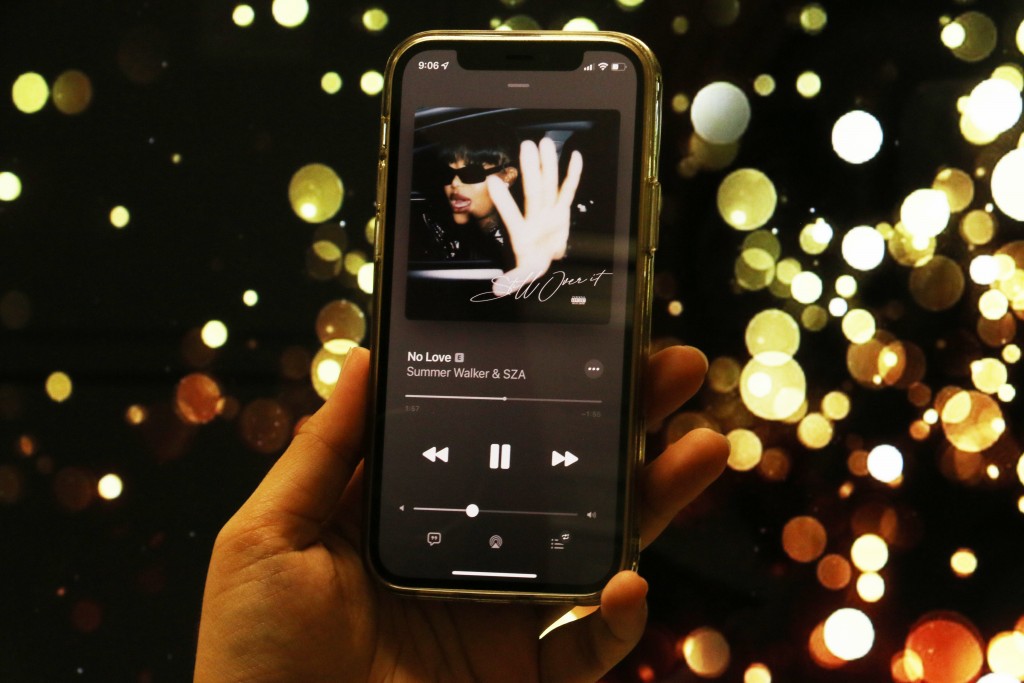 Summer Walker has made history by becoming the first R&B woman to top the Billboard 200 charts with her latest album “Still Over It.” Debuting at No. 1 soon after its Nov. 5 release, Walker has also become one of the only women to take 18 spots on the charts at once, and she is the first female artist to have the biggest release on Apple Music.

What makes this album so special? Walker’s relatability, character growth and an increase in vulnerability. “Still Over It” is a follow-up to her previous album “Over it,” released in October 2019.

“Over It” consisted of many songs like “Playing Games,” “Drunk Dialing…LODT,” “Come Thru” and “Potential” that represented the highs and lows of being in a toxic relationship. The album gives hints of this relationship being based on lust and mixed emotions with songs like “Body,” romanticizing her sex life and relationship versus other songs like “Off Of You,” which exposes her true feelings of inconsistency in a relationship.

“Still Over It” shows Walker’s growth as a woman. In her songs “Bitter” and “Ex For A Reason,” there are hints of the last album in it. “Bitter” is used to talk about the women who interfered with her relationship. Although she did confront her man once in the song, he was not the main focus. “Ex For A Reason” teases the ex-girlfriend about Walker having what the other girl can’t have  — her man — but the circumstances change quickly as we get the perspective of her 25-year-old self.

With tracks like “Reciprocate,” “Insane,” "Broken Promises” and "Closure,” she acknowledges her wrongs and mistreatment she’s received from her ex-boyfriend. The most emotional song on this album, however, is “4th Baby Mama.” In this track, Walker sings about being trapped in an unhealthy relationship.

She sings, “How could you make me spend my whole f*cking pregnancy alone” and “Tell me why did you do this to me? / After we made plans for a family?” The lyrics bring light to the current trend of baby mama culture in the media and the strong love that comes with it.

In addition to the few serious topics Walker discusses, “Still Over It” has a few feel-good songs. We get strong, female energy in the song “No Love.” When Walker sings, “Kinda found out you weren’t even worth my time” and “Funny now that you calling, that you ringing my line,” we get a taste of her personal, feminine power and confidence. Another notable confidence-booster is “Dat Right There,” where Walker brags about how beautiful she is and how she no longer feels threatened by other women, rather, she is now the threat.

The album ends off with “Ciara’s Prayer,” narrated by singer Ciara, known for her hit songs like “Get Up” and “One, Two Step.” In the closing song, Walker has Ciara send prayers to listeners to find healthy relationships and peace in life.

Walker took the world by storm with “Still Over It” and it’s reflective honesty. She utilizes her writing skills to tell a story, she shows vulnerability and confronts her emotions. Her raw vocals bring these stories to life, making listeners feel like we are living in the moment with her. The majority of Walker’s listeners are women and have been in her shoes before, which is why so many women relate to Walker and her empowering music.