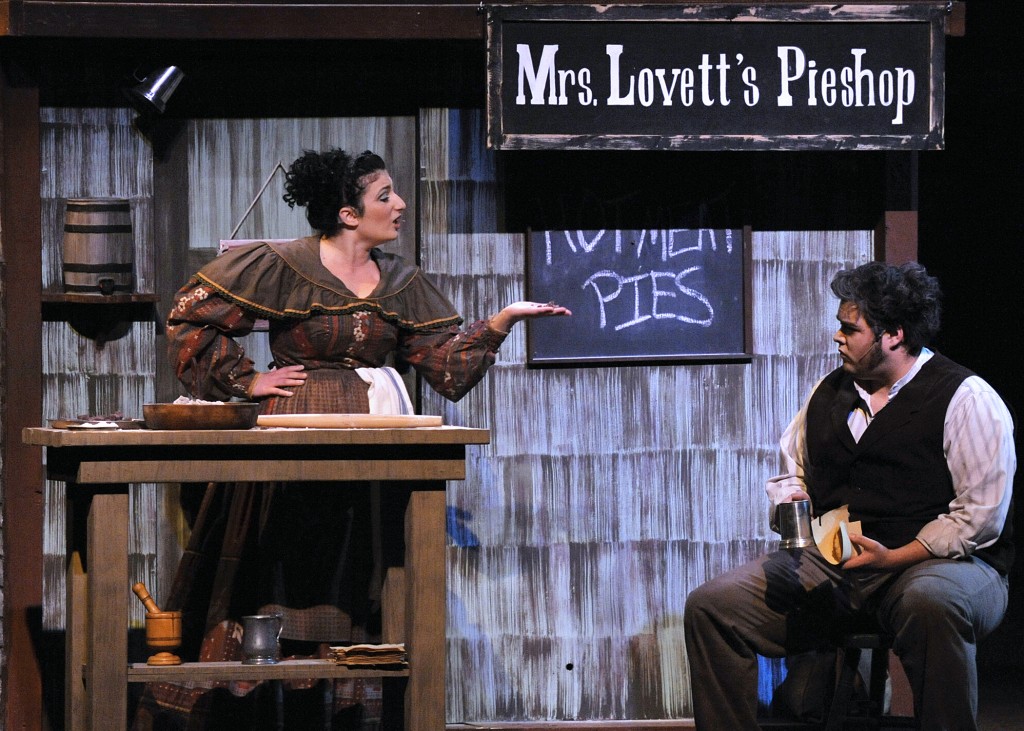 The world is mourning the death of American musical genius Stephen Sondheim, 91, who passed away in the early hours of Nov. 26, reported the New York Times. Two days later, members of the New York City theatre community gathered in Times Square to sing a tribute to Sondheim, performing “Sunday” from “Sunday in the Park with George,” one of the many beautiful shows he composed.

Sondheim was one of the greatest musical composers of all time, if not the greatest of them all. He was mentored under legend Oscar Hammerstein and first had his work featured on the Broadway stage during “West Side Story” in the 1950s. Sondheim would go on to create timeless classics such as “Sweeney Todd,” “A Funny Thing Happened on the Way to the Forum” and “Into the Woods,” which earned him eight Grammys and eight Tony awards. He also has two theaters named after him: one in New York City and one in London.

The 2021 revival of “Company,” originally composed by Sondheim in 1970, is the only Sondheim show currently playing on Broadway, apart from the off-Broadway revival of his musical “Assassins.” The night of Sondheim’s passing, “Company” director Marianne Elliott gave a speech to the audience to honor Sondheim.

“He was truly the greatest artist that we in our lifetime will possibly ever know in this artform,” said Elliott, which was followed by an immediate and sustained standing ovation by the audience. She went on to share personal experiences and talk about the light that Sondeim brought to the world.

“He came to our first preview… and I can hear his laughter now. He was so generous and so giving to us,” said Elliott.

At the end of her speech, she passed the spotlight over to Broadway Legend Patti LuPone, who has been in several Sondheim shows and had a close relationship with him. “All of us on this stage — cast, musicians, crew — dedicated tonight and going forward for our entire run to Stephen Sondheim,” said LuPone. The crowd erupted in roars of applause once again.

The musical adaptation of “Mrs. Doubtfire” opened this year in the Stephen Sondheim Theatre in Manhattan. During the curtain call, leading actor Rob McClure led a speech on behalf of the company. When he reiterated for the audience that Sondheim had passed away that morning, you could hear audible gasps from audience members who did not know.

McClure recounted his first memory of riding his bike to see a Sondheim show at Bergen County Players in Oradell, N.J.. He said that Sondheim will continue to live on through his music and lyrics. He ended with one of the most infamous quotes from “Into the Woods.”

“Sometimes people leave you, halfway through the wood. Do not let it grieve you. No one leaves for good.”

Throughout all of the shout-outs and social media posts from not only professionals who worked with Sondheim, and thousands from fans alone, this line was the most repeated and fitting as we grieve the loss of Sondheim. His lyrics dug deep into your soul and were eloquently mirrored by complex compositions. Every time you see a Sondheim show, you find something you never noticed before. His music has changed lives and will continue to change lives forever.

Thank you, Stephen Sondheim, for blessing the world with your talent and for revolutionizing the theatre industry.