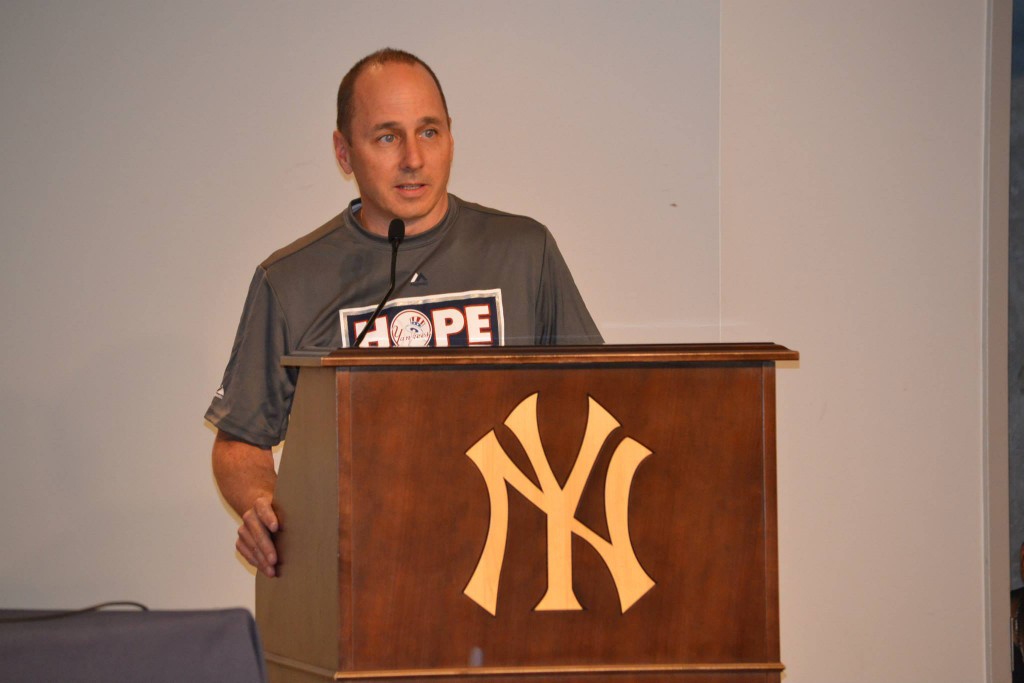 After signing Gerrit Cole in the 2019 offseason, the New York Yankees seem to have lost all interest in spending money, and they’ll soon be in the shadow of the crosstown Mets if it keeps up. While the Mets and owner Steven Cohen have gone mad with handing out big contracts to stars such as Max Scherzer, Starling Marte and Eduardo Escobar, the once glamorous pockets of the Steinbrenner family have seemingly gone barren.

Heading into the new Collective Bargaining Agreement (CBA) negotiations, the Yankees have seen stars such as Corey Seager, Marcus Semien, Scherzer and Marte all fall off the board of available players to add to the roster. So, are Brian Cashman and company bargain hunting, or is there a plan?

Many have speculated the Yankees will be in on many players reportedly available via trade, such as Oakland Athletics’ All-Star first baseman Matt Olson and Chicago Cubs’ catcher Willson Contreras, but the Yankees never go with the expected.

Nobody expected them to go out and acquire Anthony Rizzo last July, the Yankees were never rumored to sign DJ LeMahieu in the 2018 offseason and they were supposedly never interested in Giancarlo Stanton in the 2017 offseason.

That was until Stanton limited his no trade clause to four teams, including the bombers. So who will be this season’s LeMahieu? The only big ticket free agent remaining who could make sense for the Yankees is Carlos Correa, who is unlikely to sign in the Bronx.

Shortstop and four-time Gold Glove Award winner Andrelton Simmons is someone who is a logical fit for the Yankees. With the Gleyber Torres-at-shortstop experiment coming to a bitter end, the Yankees are in desperate need for a shortstop with an elite glove, and Simmons is just that.

The 32-year-old cannot do much with the bat anymore, but more than makes up for his lack of plate production with his glove. His outs above average ranks in the 99th percentile in the MLB, and despite not ever being an elite bat, his 13.8 strikeout percentage ranks in the 92nd percentile, balancing out the big bats in the Yankees lineup. Simmons will also be on the Yankees radar because he’s not going to seek any more than a one or two year contract with a low average annual value.

Kris Bryant might be looked at as a longshot here, but as another hybrid infield/outfield player, he makes perfect sense. Although he has not improved since his 2016 Most Valuable Player Award, his bat is still elite, posting a 124 OPS+ as well as being named to the All-Star teams in 2019 and 2021. Bryant would slide into third base with the Yankees, occasionally playing the outfield and letting Gio Urshela play shortstop. Bryant could be seeking between a six to eight-year deal with an average annual value between $25 to 30 million.

As for pitching, the Yankees have long been seeking rotation help, and despite the return of Luis Severino next season Cashman has said the Yankees are still looking to improve their starting pitching. There are two names of potential free agents the Yankees could target: Mariners’ southpaw Yusei Kikuchi, and a reunion with former Yankee Michael Pineda.

Kikuchi, 31, was an All-Star in 2021, as well as dominating the Nippon Professional Baseball League of Japan for eight years. The Yankees were reportedly interested in Kikuchi when he was a free agent in the 2019 offseason, and now will have another shot at acquiring an above-average middle of the rotation starter. Pineda, 32, posted his best season since 2014 in the Bronx, outputting a 117 ERA+ with 7.2 strikeouts per nine innings. The veteran right hander could be a cheap option for the Yankees to fill out the back end of the rotation, potentially only looking for a two or three-year deal with a low average annual value.

Other longshot possibilities that the Yankees have been linked to are Oakland Athletics’ third baseman Matt Chapman, Orioles’ All-Star center fielder Cedric Mullins and National League MVP Freddie Freeman. Although none are out of reach for the Yankees, with the expiring CBA lurking in the shadows, handing out a record deal to someone like Freeman or trading multiple prospects for someone like Olson or Chapman seems unlikely. For now, the Yankees seem to be focused on cheaper, more versatile options.