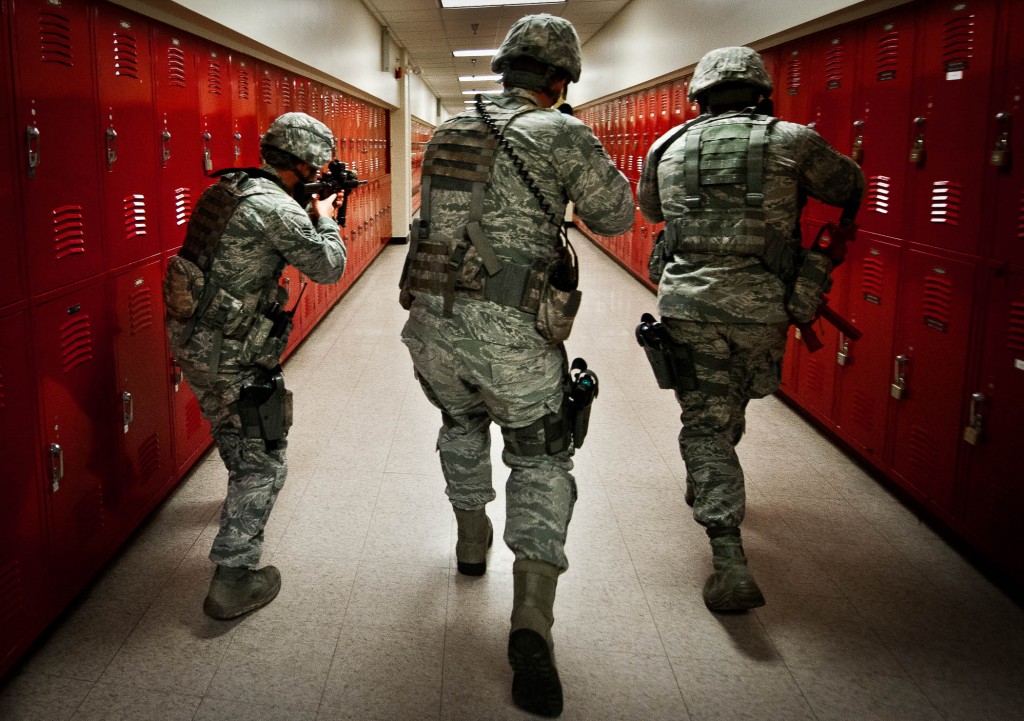 In first grade, my teacher explained that the principal would announce a code red, and we needed to quickly hide in the corner. When I came home from school, I was eager to show my family this new tactic I learned. I insisted my mom play the part of the principal and my dad the role of an active shooter. I quickly jumped behind the couch, showing them just how fast I could hide and make myself small to protect myself.

Flash forward to fourth grade, my classmates and I felt that lining up against a wall wasn’t enough protection, so we made a plan that involved scissors, glue, desks and jumping out the window — a strategy we thankfully never had to use.

In 2012, when I was a junior in high school, the Sandy Hook shooting happened. I was in my final class of the day when another teacher entered the room and told us to turn on the TV. Each classroom at my high school had one. We were bombarded with news of small children and their teachers’ deaths just days before Christmas.

The final bell rang, but instead of getting up everyone continued watching the tragedy unfold in real-time. Eventually, our teacher told us to leave. Everyone talked in the hallways about what they had just seen, and the TVs in each classroom still had the news on as we passed on our way out to return home.

It’s been eight years, and there have been no changes. The recent Oxford High School shooting has left four dead and proven that the COVID-19 pandemic’s halt on such tragedies was only temporary.

Shannon Watts, the founder of the gun-control advocacy group Moms Demand Action, said in an interview with Time magazine, “My fear was that we would start to see these mass shootings again when we started to go out in public, and that is exactly what is happening.”

According to EveryTown.org, there have been 144 incidents of gunfire on school grounds in 2021 alone, resulting in 28 deaths and 86 injuries. According to the Washington Post, more than 278,000 students have experienced gun violence at school since Columbine.

With the chaos of the pandemic, online school and the 2020 election, it’s almost as if we have forgotten about how common school shootings were pre-COVID-19.

With the recent tragedy in Oxford, MI, and the arrest of James and Jennifer Crumbley, the parents of shooter Ethan Crumbley, for involuntary manslaughter, the conversation surrounding gun control and teenage, mostly white, boys having easy access to assault rifles has been reopened.

Active shooter drills or the fear of being shot at school is a standard part of a child or young adult’s school day. It’s a wild and saddening thing to hear or think about, but it’s an unfortunate reality in America.

Jillian Peterson, a co-founder of The Violence Project and an associate professor of criminology and criminal justice at Hamline University, said in an interview with The74millon.org, “There’s such desperation to get back to normal, but our normal is, in the United States we have a lot of horrific mass shootings.”

She later added, “There are things that we can be doing to cut this off – that hopefully, we can really start doing them now.”