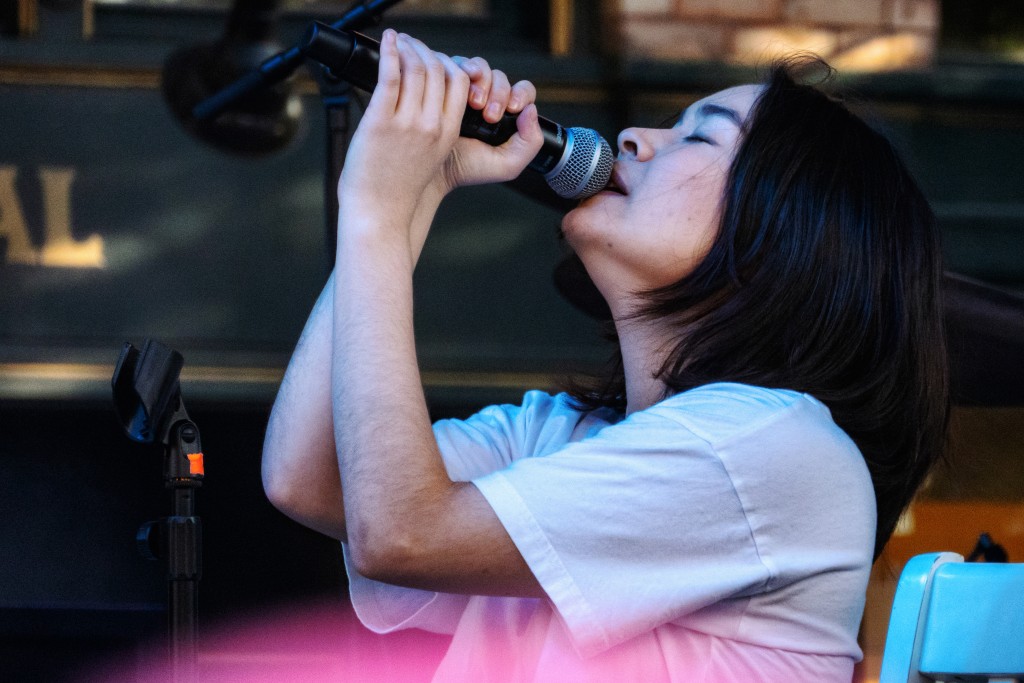 After several years of radio — or perhaps Internet — silence, Mitski, one of the best and most influential singer-songwriters of our generation, has finally returned. While she has been dropping new singles since Oct. 2021, the release of her sixth studio album “Laurel Hell” on Feb. 4 marks her real comeback.

While the album itself is only just above half an hour long, each one of the 11 songs on it is worth highlighting because of their unique strengths and individual emotional impact.

The opener “Valentine, Texas” is one of the best songs, if not the best, on the whole album because of a beautiful sonic transition in its middle, as well as impactful imagery of mountains becoming clouds, and thus easier to lift.

The first single, “Working for the Knife,” emphasizes Mitski’s need to tell stories and to  monetize every part of her life, no matter the level of success she achieves and how painful that can be.

“Stay Soft,” besides including another mention of a knife, explores the ways in which trauma can resurface in other intimate aspects of life, uncovering why sex can oftentimes be used as a vehicle to understand pain. In an interview with Fader, she said, “This is by no means the correct way to cope with trauma, but it’s a thing people do regardless, and I always want to write songs about what we actually do, so that we don’t feel alone in them.”

“Everyone” tells the story of the struggles of walking the artist’s path. Will Mitski ever be ready for it? Not according to her lyrics: “Sometimes I think I am free / Until I find I’m back in line again.” The powerful words are accompanied by a repetitive instrumental, both simple and beautiful.

Next is a song of release and giving up. However, the instrumental build up in “Heat Lighting,” partnered up with deeper backing vocals, suggests progress and forgiveness, as well as just purely impressive and captivating composition overall.

Upbeat instrumentals of “The Only Heartbreaker” wonderfully contrast the dark severity of Mitski’s background bridge lyrics “(I Apologize) / (You Forgive Me).” It is also worth noting that this piece was co-written with Dan Wilson, known for his songwriting work with Adele and Taylor Swift. Their collaboration is a huge and unique rarity in Mitski’s solo discography.

“Love Me More” showcases Mitski’s signature impactful repetition of the vocals and lyrics, which complement the expected mesmerizing instrumental.

“There’s Nothing Left Here For You” is one of the more predictable songs on the album lyrically, tackling themes of cheating and broken love, but Mitski elevates the more common lyrics with unique vocal melodies and instrumental transitions.

Another song where the lyrics do not live up to the heights of Mitski’s previous work, and the previous songs on this specific album, is “Should’ve Been Me.” Despite this, the vocal and instrumental melodies still make it a worthwhile inclusion to this album.

Sonically and lyrically, “I Guess” is a beautiful callback to Mitski’s previous work, especially the majority of her 2013 album “Retired from Sad, New Career in Business.” The lines “If I could keep anything of you / I would keep just this quiet after you” are as brutal as they are honest and intimate.

Finally, the closer called “That’s Our Lamp” further proves the subtle variety Mitski manages to achieve while never sacrificing her trademark style. The upbeat chorus of people at the end is both chaotic and cathartic, with imagery like “That’s our lamp / It shines like a big moon” being reminiscent of Elliot Smith’s heart wrenching “St. Ides Heaven” and its visually striking line “The moon is a light bulb breaking.”

Mitski ends this melancholic musical endeavor with the line: “That’s where you loved me.” And as the song, and the album itself, fades out, the listeners are left with only one choice: replaying the album and loving it, despite (or perhaps because of) its familiarity to her previous work.