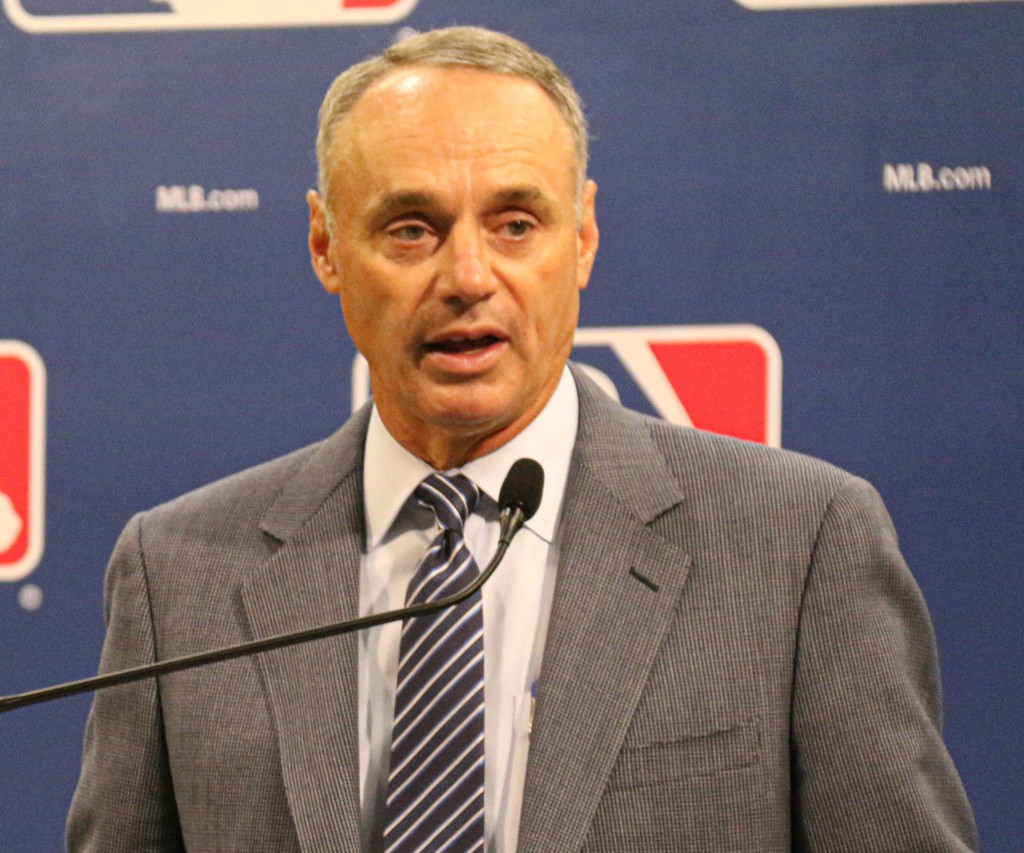 If the MLB has any hope of moving the game forward, both they and the MLB Players Association (MLBPA) need the lockout to end as soon as possible. In a year where we have seen the National Hockey League begin airing on ESPN again, the National Football League’s viewing numbers skyrocket and the National Basketball Association drawing its normal large audience, commissioner Rob Manfred and MLBPA head Tony Clark have barely discussed what needs to happen to have a season in 2022.

Looking from the outside in, it seems simple: the players want guaranteed service time, a universal designated hitter and a pool of money to be dispersed to MVP candidates, and Major League Baseball isn’t opposed to any of that. The disconnect happens with specific numbers and how much the owners are willing to spend each year.

It’s easy to fall into the hole of “millionaires versus billionaires so who cares,” but it’s not that simple. The MLB minimum yearly salary in 2021 was $570,500, which is a lot of money, but take a look at how much owners made in 2021. Last season, there was a massive increase in revenue for teams, where the majority of that money went to the owners. Though we don’t know specific numbers, it’s estimated by Forbes that MLB teams have seen an increase from television revenue by 19% in 2021 from 2020, and total team revenue among teams is up 30% since 2019. In that same time, the average MLB player salary has decreased by 6.4%.

The decrease in player salary is due to both owners’ greed and the new analytic wave ravaging MLB front offices. Teams would rather spend $25 million on three mediocre players than on one player, which is fair, but it leads to star players like Bryce Harper and Manny Machado signing deals below expected market value. What the MLBPA wants is for owners to spend, and it could save the sport.

Major League Baseball — and any sport in general — is more exciting when fans can support their favorite players. It’s hard to do that when your favorite player isn’t wanted by 90% of teams for asking their market value. What makes the NBA and NFL successful is that there are players like LeBron James, Kevin Durant, Tom Brady and Aaron Rodgers, who if they ever see free agency will be coveted by almost 70% of the league. When MVP Bryce Harper saw free agency, it took months to hear a report of any interest from around the league, and it took until Spring Training for him to sign a contract worth $25 million per season, when he was expected to make over $30 million per year.

This year is a unique opportunity for Major League Baseball to implement a salary floor, increase salaries and hopefully save their sport. The collective bargaining agreement lasts around 20 years, so of course both sides want it to be something that works. But it needs to happen as soon as possible, otherwise each side loses money, and the sport loses more of the fanbase that has already begun deteriorating.