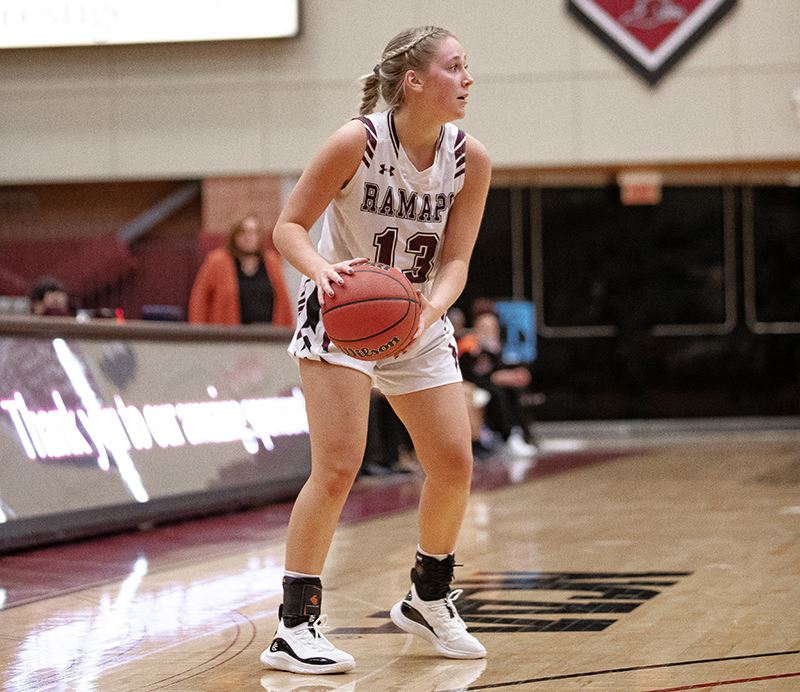 It was a rough game for the Ramapo College women’s basketball team on Saturday, Feb. 15, as they fell to Rowan University for the second time this season. The game started off close, but Rowan was able to break away with the game in the end, sending the Roadrunners home with a 70-53 loss.

Rowan held a 15-14 lead at the end of the first quarter. Additionally, in the second quarter Rowan outscored Ramapo by almost double, scoring 23 points to their 12. At one point both teams were tied at 17-17, but Rowan scored seven straight points. The Profs then scored seven more in a row and expanded their advantage to 34-22.

At halftime, Rowan had a solid lead, 38-26, but the Roadrunners fought for a comeback. Ramapo cut their deficit to six points, and outscored the Profs 12-11 in the third quarter, but Rowan maintained a 49-38 lead after three periods.

At the start of the fourth quarter, Rowan eventually put it away, going on a 11-0 run and holding Ramapo without a basket for four minutes to take a 68-47 lead with over three minutes to play.

In this game, several components helped Rowan with their victory. The team forced 26 Ramapo turnovers, and in turn were able to put 16 points on the board from them. Rowan was also able to shoot 42% from the field and 31% from the three-point line. The Profs' Dakota Adams had her fourth double-double of the season, and 10th of the last 12 games she has played.

The Roadrunners remain positive as they move forward. Burns said, “We realized some things we needed to work on from this loss and we are focusing on beating Rutgers-Camden and our playoff games.”

Rowan improved to 15-8 overall and 13-4 in the New Jersey Athletic Conference (NJAC) while Ramapo now stands at 9-11 overall and 8-9 in the conference.

One thing to note is that the NJAC Championship is scheduled to begin on Saturday, Feb. 19 and will include all 10 teams this season. The four lowest seeds will play first-round games. The higher seeds will host all games throughout the tournament and the quarterfinals will be played on Tuesday, Feb. 22 with the semifinals set for Thursday, Feb. 24. The NJAC Championship game will be played on Friday, Feb. 25. The NJAC champion will receive the conference’s automatic bid to the NCAA Tournament.