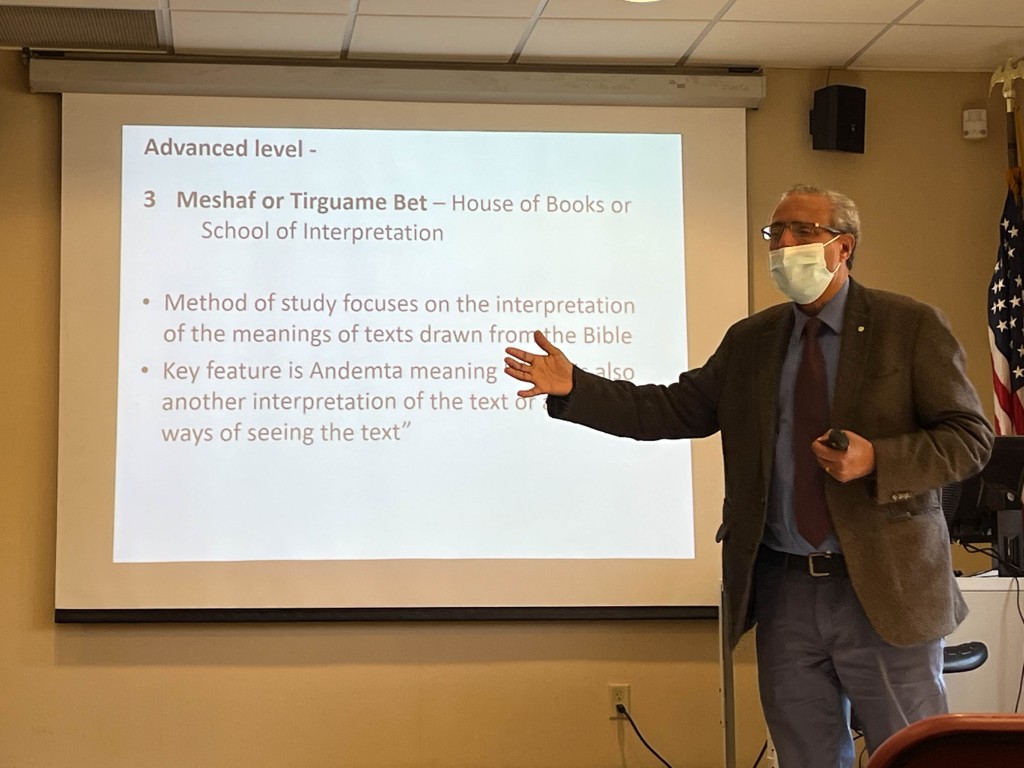 Fetene stressed the importance of studying this topic as a benefit to African universities and discussed the implications that a lost sense of culture can have on society. The issue is largely institutional, and little research has been done in this area, resulting in sparse strategies proposed to combat it.

“Western thought [is] embedded on the African mind,” he said. The African worldview values the “right to pursue knowledge for its own sake [that is] free from political interference.”

Fetene explains, however, that there are ways of navigating Indigenous and traditional education systems in African institutions to find an appropriate balance of the two. This subsequently requires an understanding of the institutions, histories and the societal knowledge production systems.

“There is a lot of evidence that Africa produces knowledge in philosophy, mathematics, medicine,” he said. “But the problem with African knowledge is that most of it has been oral. As a result, much history and wisdom gets lost.”

The continent had been occupied by European powers, such as the United Kingdom, France, Belgium, Portugal, Spain, Italy and Germany. Colonialism – coupled with slavery – erased much of African knowledge as it relied on speaking as a way of retelling and recording information.

One of the more notable and perhaps pertinent facets of African knowledge centers medicinal methods of healing. This skill had been passed down by gurus whose traditional practices require plants and herbs that are now a rarity, if not extinct.

Though word of mouth was the most accessible and immediate mode of spreading information, some African knowledge has still survived through written texts. The Tombouctou manuscripts, for example, have been preserved for centuries and are often referred to as the center of learning. Their content highlights medicine, philosophy, science and the Quran.

Other countries like Japan were able to enforce western knowledge by implementing its technology, but in such a way that rooted these lessons in their own language and culture.

Ethiopia, on the other hand, had “produced elitists, sometimes disconnected from the needs of society and their culture” through westernized education, Fetene explained.

“There was a tendency for individualism and consumerism …and absence of sufficient understanding for wisdom and knowledge …and heightened desire for power and material gain,” Fetene said.

Though a balance is possible – and there are methods available for creating it – limitations still arise. Educational barriers that threaten the integrity of the self can be projected onto the society as a whole, yielding much larger and complex issues.

“African universities have not benefited from traditional African knowledge systems which would have helped them appreciate the continent’s needs and the direction of its social, economic, political and personal development,” Fetene said.

In both lower and advanced levels of learning, the overarching goal of the school is to socialize students through storytelling, which reinstates cultural standards and understandings. African universities tend to imitate western teachings instead, which asks students to forge their own identity.

“There is a need to research the problems and study [for] systemized discussions to find solutions and positively [encourage] Africa’s transformation,” he said.