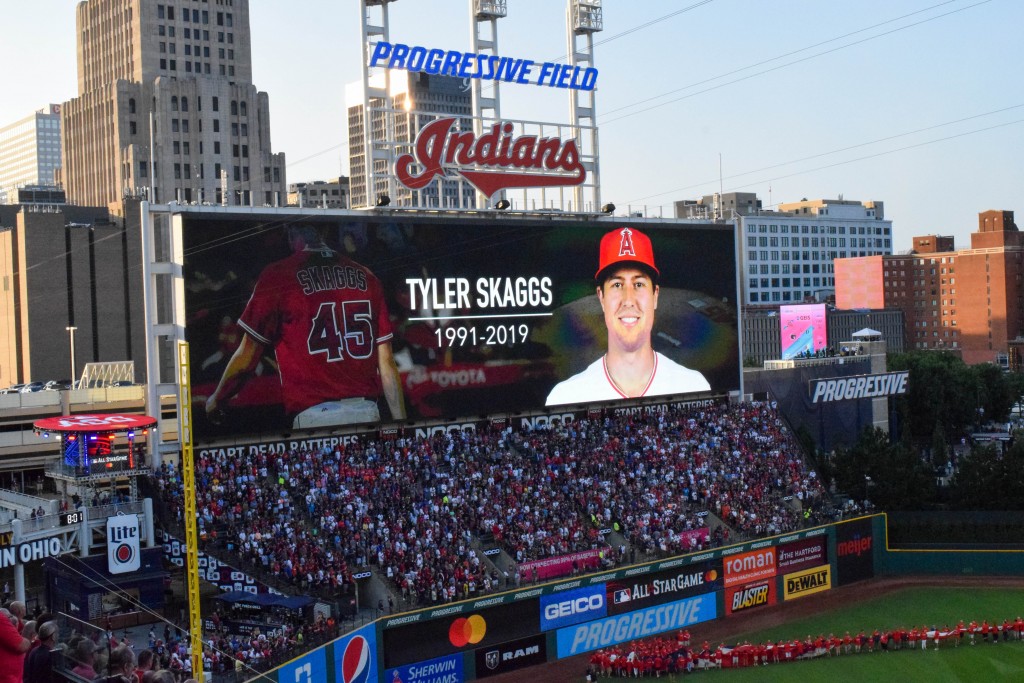 A former Los Angeles Angels employee was convicted Thursday of providing former pitcher Tyler Skaggs with drugs that caused his death by overdose in 2019. The trial is taking place in Texas, 15 miles from where Skaggs was found dead during a road trip in the midst of a four-game series against the Texas Rangers. A coroner’s report revealed that Skaggs, 27, had choked to death on his vomit while having a mix of alcohol, fentanyl and oxycodone in his system.

Eric Prescott Kay, the ball club's former director of communications, was accused of acquiring and distributing pills to numerous players during the years of 2017-2019. Kay did not testify during the trial and was found guilty on counts of distribution of a controlled substance resulting in death and conspiracy to possess with intent to distribute controlled substances.

The jury revealed the verdict after less than an hour and a half of conference and only eight days after the trial began. Kay faces up to life in prison at sentencing in late June.

Testimonies from five different major league players and teammates of Skaggs said they also received oxycodone pills from Kay at “various times” from 2017 to 2019. Among the names was former Mets ace Matt Harvey, who said that he received pills from Kay while also obtaining them for Skaggs himself.

Harvey had been subpoenaed before the trial began on Feb. 9, but was granted immunity from prosecution. He is currently unsigned after pitching for the Baltimore Orioles last season.

In closing arguments, lead prosecutor Lindsey Beran accused Kay of giving Skaggs counterfeit oxycodone pills, which were really fentanyl. She reminded jurors of other players’ testimonies — such as Cam Bedroisan and Blake Parker. Beran mentioned that both players were scared away from oxycodone following Skaggs’ death. The drug was commonly used in professional baseball for pain relief.

Drugs have always been in the spotlight in our country’s national pastime. After World War I, many players began abusing substances like alcohol, sometimes during games. Entering the 1970s, players who needed a boost would turn to cocaine and those who needed a destresser would turn to all forms of tobacco. As baseball turned the corner to the 1980s, its players turned to pills and steroids.

The hard wear-and-tear that pro baseball and its 162-game seasons took on its players forced them to find regular pain relief, as well as something to help their performance. With that came the greatest popularity boost in the history of baseball: The Steroid Era.

There was once a time in baseball where almost 7% of players were using steroids. An increase in home run totals and fastball velocity raised TV ratings and profit, as league revenue grew from $1.4 billion in 1995 to $3.7 billion in 2001 while Mark McGuire and Sammy Sosa shattered records from decades before.

Since then, players are regularly tested — and have been busted and suspended. However, players today still commonly use painkillers such as oxycodone and fentanyl to relieve the stress of a faster, stronger style of play in today’s game.

Tyler Skaggs’ death is a tragedy. The Angels pitcher had a promising life and career ahead of him cut short unfairly. Hopefully the uncoverings of this trial lead to a future in baseball where tragedies such as this are fewer and farther between.