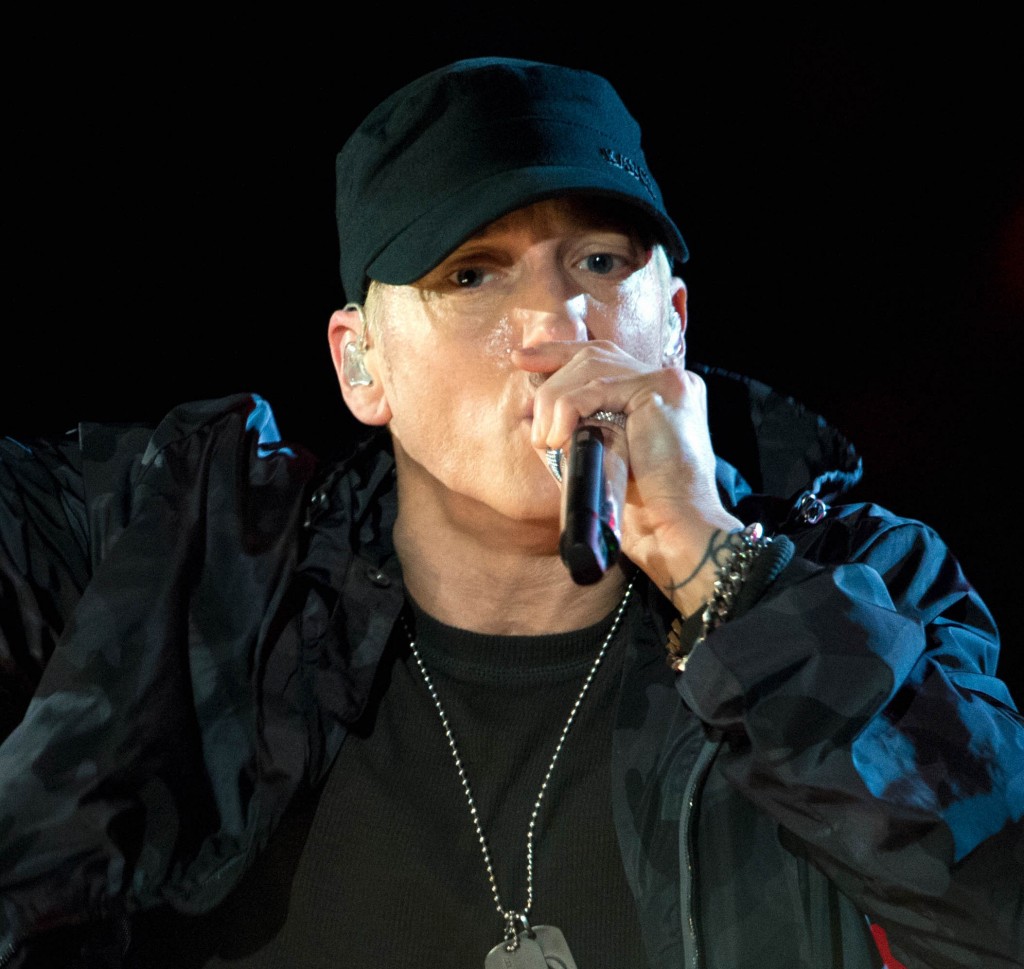 Eminem took a knee following his performance of  “Lose Yourself” during the Super Bowl Halftime Show on Feb. 13. He had been performing alongside fellow hip-hop legends Dr. Dre, Snoop Dogg, 50 Cent, Mary J. Blige and Kendrick Lamar.

The kneel has since been compared to Colin Kaepernick kneeling while with the San Francisco 49ers. While Kaepernick’s actions were in response to severe police brutality deaths, Eminem’s kneel and his intentions with it are unknown. Nevertheless, the rapper has gotten a variety of responses.

“I don’t think it’s a big deal,” Daniel Dehnert, a junior business major, said. “I honestly thought it was just part of the performance. ” Though it may have seemed that way for some, to others the gesture has a deeper meaning.

“Seeing what he’s done in the past, I wouldn’t be surprised if Eminem’s calling out the NFL,” said Brad Kessler, a sophomore business major. “With that ‘ don’t give a damn’ mentality, the kneeling makes sense.”

This comes just weeks after a lawsuit was filed against the NFL by coach Brian Flores. Flores was one of a few African-American head coaches in the league this past season before he was fired by the Dolphins.

Eminem has yet to release a statement, leaving viewers to self-interpret. However, the NFL was aware of Eminem’s gesture, according to NFL spokesperson Brian McCarthy. Eminem had kneeled throughout the rehearsals prior to the halftime show.

While it may not be related to Eminem’s halftime performance, the lack of diversity in NFL head coaching jobs continues to cause concern in fans. The players and the black coaches seem to be qualified enough for their positions.

In 2003, the league adopted the Rooney Rule, named after Steelers longtime owner Art Rooney, a rule in which teams were to give equal hiring opportunities to minority coaches. Since then, multiple coaches and players have claimed the Rooney Rule to be irrelevant.

So, what could be the meaning behind Eminem’s halftime kneel, and more importantly, why is it this much of a big deal? If there’s anything Kaepernick has taught us, it’s to exercise our First Amendment rights. Why is it that football fans care so much about a gesture that might not even have any meaning behind it?

Is it possible that there are viewers who might’ve lost interest in the show solely because of Eminem’s seven-second mystery?

Watching the game last Sunday helped me appreciate two things: great football and the musical talent of hip-hop legends. Eminem’s kneel, though front and center on our TV screens, did not have much of an impact on me or any other people watching. Hopefully, there are more people who aren’t fazed by Eminem’s display and look right past it.