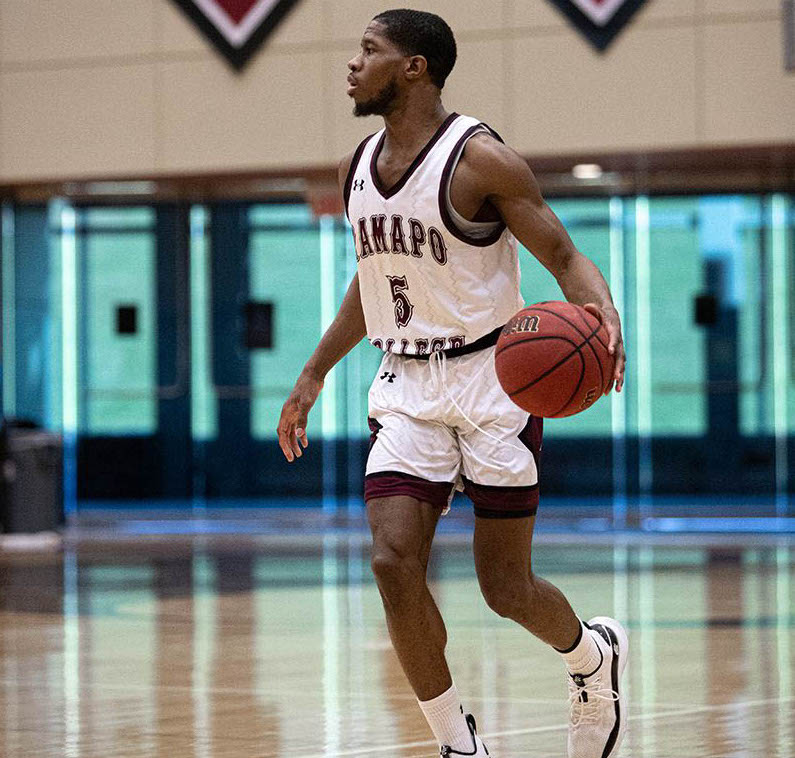 Not long after the Ramapo College men’s basketball team had earned the No. 9 seed for the New Jersey Athletic Conference (NJAC) Basketball Tournament, the players took their new ranking to play against the No. 8 seed, The College of New Jersey (TCNJ). The game was set for Saturday, Feb. 19.

The last time the teams played one another, Ramapo defeated TCNJ by a 10-point margin during the regular season. However, this would not be the case on Saturday, as Ramapo fell to TCNJ, 81-74, after doing everything in their power to not let the game slip away from them.

The teams kept it close throughout the first half. At the end, TCNJ carried a one-point lead, 37-36, into the locker room. At some times, the Lions led by as many as seven points in the first half, but a large portion of play was stuck within a single possession.

The turning point was right after half-time. TCNJ scored the first 12 points of the second half, giving them a 49-36 lead within the first four minutes. TCNJ continued to score, leading by 19 at one point.

Ramapo did not go down without a fight, knowing that their season was on the line. The Roadrunners made a comeback in the final three minutes of the game, going on an 18-4 run that closed the gap to just five.

Ramapo’s Anthony Corbo led the way during the run with 11 points before his teammates joined in. Peter Gorman made a three-pointer while Marquise Kindel and Shane Rooney both scored layups to cut the lead to seven. The score was 70-77 with 43 seconds on the clock.

The Lions were able to make their foul shots when it mattered most, making six of their final eight at the line. TCNJ’s success at the line late in the game destroyed Ramapo’s hopes of being able to win. In this game the Lions shot 76% (16-21) from the free-throw line, nearly 10% better than their regular season mark.

TCNJ had one of its best season performances against the Roadrunners in other categories as well. The Lions shot 37% (13-35) from beyond the arc, compared to their 29% mark during the regular season. The Lions also entered the postseason as the second-best rebounding team in the league, and they beat their average of 41.5 by out rebounding the Roadrunners, 43-34.

Ramapo had three players score in double figures as they were led by Corbo who scored 17 points with three assists. Jordan Myers added 16 points and a team high of nine rebounds, and one blocked shot. Kindel had 15 points, three rebounds and four steals in the game. As a team, the Roadrunners shot 39% (23-59) from the field, 44% (4-9) from the three-point line and 77% (24-31) from the free throw line.

TCNJ will move into the NJAC quarterfinals on Tuesday, Feb 22., where they will travel to top-seeded Stockton.