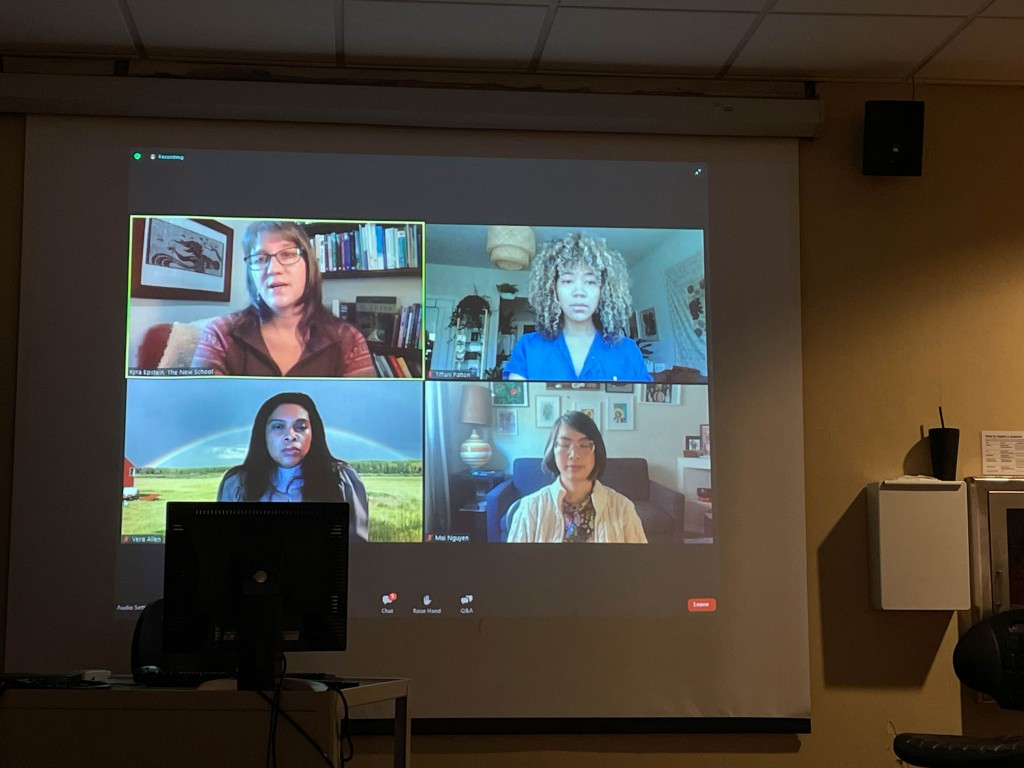 As part of Black History Month, students are being encouraged to engage in discussions about the many facets of racial inequities, including environmentalism. The Student Government Association and the Ramapo Garden Club co-sponsored “SOIL: Carving Out Space For BIPOC (Black, Indigenous, People Of Color) Farming,” a talk from the New School hosted by Tiffani Patton of Real Food Media.

The conversation was held on Feb. 18, featuring Mai Nguyen, a California farmer and co-founder of Minnow, and Vera F. Allen, co-founder of the Midwest Farmers of Color Collective (MFCC). Together, they discussed the colonization of farmland, the importance of connecting communities to their food and potential solutions for changing American agriculture.

Patton described the current systems in America as destructive, not only to the environment but to people as well. Both speakers talked about the important intersections between inequality and food.

“I wanted to commit myself to addressing the two greatest challenges of our time, and I saw those as climate change and social inequality,” Nguyen said. “Equity to me is about equitable outcomes, and to get an equitable outcome, we need to have ownership of our seeds, our means of production of the food that we eat.”

Nguyen’s background is in disaster relief, but they now work to help farmers of color secure tenure in California through Minnow. One of the major issues talked about in the presentation is land ownership.

“Ninety-eight percent of farmland is owned by white people,” Patton said. “Over the course of the next decade, by 2030, about 400 million acres of U.S. farmland is set to change hands. And the big question is: who will it go to?”

Farmers like Nguyen and Allen are working to ensure this land changes into hands who will be able to change the current system. Allen called the popularized “landback” movement, which includes novel T-shirts and hats, “Landback, but colonized,” because simply returning land in title is not enough.

“Securing farmland for farmers of color can’t be a perpetuation of settler colonialism, ” Nguyen said. “To claim this land as new, or relatively newer Americans, that’s just perpetuating the displacement, the injury from the history of genocide that is continuing through.”

Allen is a Black Navajo mother who says she aims to create space for Brown growers where mental health and community are center values. She took part in presenting an “anti-racist agricultural timeline” for Minnesota made by MFCC co-founder Zoe Holloman, with Susan Phillips and Rogue Maroon.

“The greatest autonomy that we’re missing as folks of color is our relationship with our food,” Allen said.

The presentation sparked student discussions of land rights, sustainability, gentrification and food deserts. They exchanged ideas about what the upcoming land acknowledgement will mean at Ramapo, and how it will impact environmental decisions moving forward.

Students also discussed their hopes of seeing changes within Dining Services to represent more culturally diverse foods, something both farmers expressed necessity for. However, Nguyen made the point that culturally relevant food in an area is not always enough — it must also work with the land.

The presentation will soon be available to watch or listen to through The New School at Commonweal for those who could not attend but still want to enter the conversation. It reminds participants that land is much more than where people live and is instead about how they live with it.