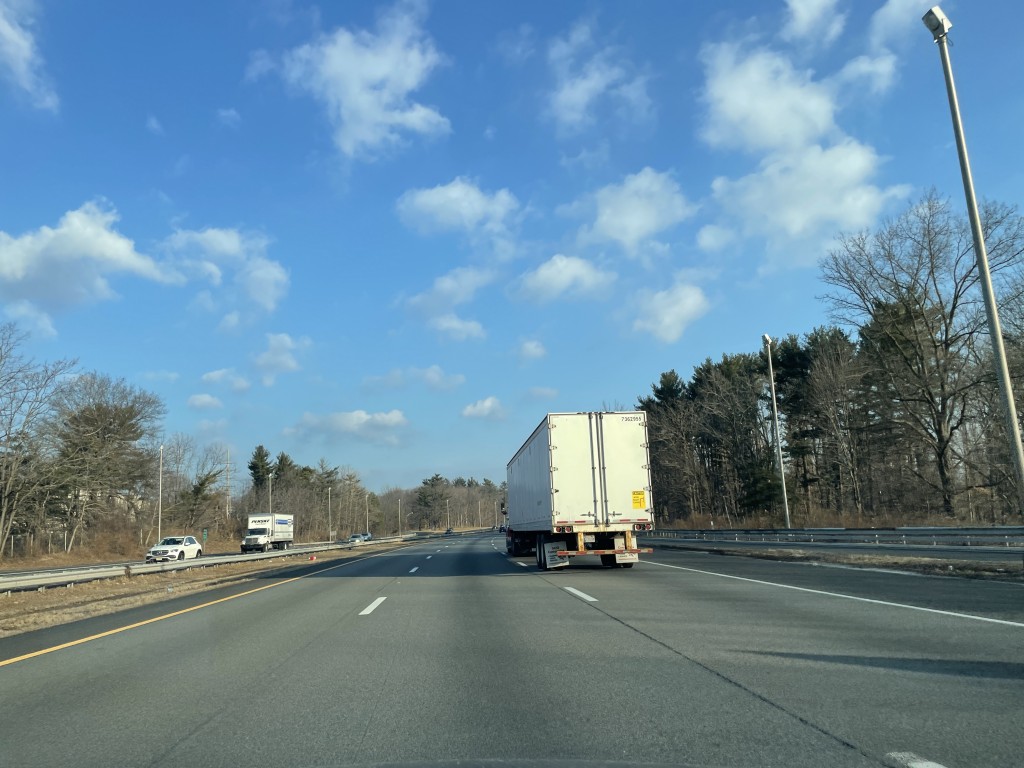 The commute to Ramapo varies amongst students: some immediately take Route 17 while others first drive the I-287 overpass, an intersection known for its sharp curves and fast-moving trucks blindly veering off the road.

In 2021 alone, state traffic records indicate that there had been three accidents at Exit 66 on Route 287, New Jersey State Police told NorthJersey.com, whereas Mahwah police found 10 incidents during that same timeframe.

A new “safety improvement project” announced by the New Jersey Department of Transportation will look to remedy safety concerns on the interstate by reducing its two-lane ramp to a single-lane and enlarging existing signages.

However, Ramapo students argue that more can be done to mitigate highway dangers. Those who leave campus at night, for example, explain that the interstate’s minimal lighting hinders their ability to survey the road with both caution and precision.

In an online poll conducted by The Ramapo News, 43% of 69 participants who voted take I-287 before merging onto Route 17. Roughly 30% of voters said they do not feel safe while driving on the overpass.

“It’s really dark,” Angelina Perez, a junior, said in an interview. “And when it’s dark, especially up here, there’s probably some more animals running out on the roads, so I get really nervous with that.”

She described the driving patterns on I-287 as consistently chaotic and explained that it increases her anxieties while on the road. The site has a history of fatal accidents that stem from its poor design.

“The [renovating] of the ramp could be more efficient, but at the same time, it could be more dangerous with people merging,” she said.

Though a consistent issue within the state, junior Emma Psemeneki identified the road’s potholes as yet another safety hazard, especially when nearing Ramapo’s campus.

“My first semester, I hit a bad pothole and got a flat tire. I know someone that had the same thing happen and their tire exploded and their rim needed to be replaced,” she said during an interview.

As a commuter, her second most immediate concern is traffic clogging the roadway, which she worries will worsen if the ramp becomes a single lane.

The junction has been rated by New Jersey radio station 101.5 as the state’s “worst traffic merge point” for its “three major highways with six directions of traffic trying to navigate in this free-for-all game of survival.”

The current project has gained support from high profile figures such as Mahwah Mayor James Wysocki and Rep. Josh Gottheimer, who has since contacted Gov. Phil Murphy, asking to prioritize the junction in concert with other North Jersey infrastructure enterprises.

It will fall short of the estimated $30 to $40 million needed to redo the intersection, Wysocki said. Without adequate funding, the interstate’s issues may not be addressed.

Perez and Psemeneki find that if the project were to move forward, their driving experiences as commuters would drastically shift — both positively and negatively despite seeing that the current proposal neglects other road concerns.

“The construction will cause more traffic and make my drive a bit longer, but overall, I think that even if the flow of traffic is a bit slower, the road will be more safe,” Psemeneki said.