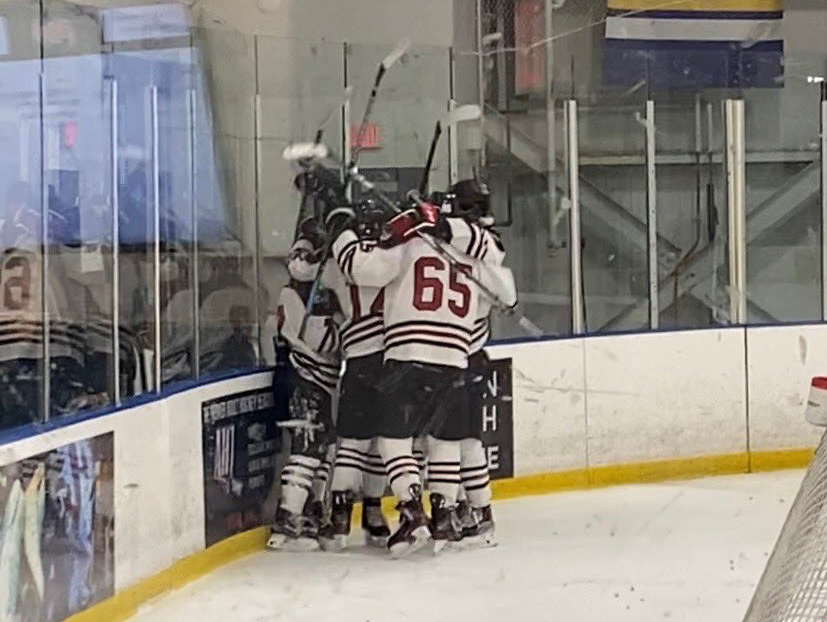 Ramapo headed into Saturday night’s semifinals looking to put away Quinnipiac, a team the Roadrunners split their season series with. Goals by Dressler and Dahdah jolted Ramapo to a 3-1 lead through one period and the Roadrunners never looked back. In the final two periods, Moskal scored a hat trick in the final two minutes, leading to a dominating 7-3 victory.

The win set up a rematch against Farmingdale State University on Sunday afternoon, the team responsible for Ramapo’s single regulation loss this season. “It’s exactly what you want out of a No. 1 vs. No. 2 championship matchup,” said Ramapo’s Christopher Dressler. “A great battle between two great teams.”

The Roadrunners held a 3-2 lead deep into the second period, courtesy of goals by Rick Kimble, Gary Ragusa and Dahdah. Farmingdale State tied the game at the two-minute mark of the second period, and forward Brendan Dixson scored the game-winner midway through the final period.

“It was exactly the game we all expected to see,” said head coach Mike Winters. “A hard-fought, tight-scoring game from start to finish. It is obviously not the outcome we wanted but this group has so much to be proud of.”

Agreeing with Coach Winters was Dressler. “We fought until the last second and I am proud of the no-quit mindset our team has shown all year,” he said.

“We are going to use today’s loss as motivation to be at our very best at the Fed Cup,” said Winters after Sunday’s loss. “This team can and will dominate if they play their game.”

“We’re playing good hockey right now and I’m confident that we’ll use Sunday’s loss as motivation for nationals,” Dressler added. “We are hungry.”

All games for the Federation Cup will be available via livestream on YouTube and will be broadcasted from Chester County, Pennsylvania.