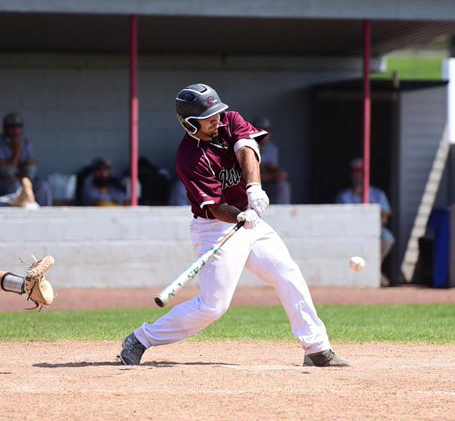 The Ramapo College baseball team started its season off on the right note on Sunday, March 6 with a doubleheader sweep against St. Joseph’s Long Island (SJLI). The Roadrunners walked out of Opening Day with a 2-0 record, and they won both games in convincing fashion.

Game one was a blowout, ending with a score of 22-4 in favor of Ramapo. It was headlined by a six-run first inning that included RBIs from Tyler Guadagno, Brian Baranok, Joe Wisniewski and Aidan Supp. The RBIs by Guadagno, Baranok and Wisniewski were all driven in by doubles.

In the bottom of the first, the Golden Eagles got two runs back, cutting the deficit to 6-2. In response, the Roadrunners scored another run in the top of the second courtesy of a Matt Lalomia bases-loaded walk that plated Guadagno.

In the top of the third, the Ramapo offense blew the game wide open. The scoring started with another run-scoring double by Baranok, this time driving in two. Later in the inning, Lalomia made the game 13-4 with a grand slam. Ramapo’s scoring output was consistent through the end of the game, scoring five additional runs in the fourth inning and four more in the sixth.

Key offensive performers in game one included Baranok who finished 4-4 with four RBIs and three runs scored, and Lalomia who ended 2-3 with five RBIs and three more runs scored. Earning the win was James Garthaffner. He struck out six in four innings while allowing six hits. Troy Karaty recorded a three-inning save in which he only allowed one hit and struck out three. Ramapo had 14 hits in the game and only allowed SJLI to have seven, and both teams were tied for strikeouts with nine.

It was more of the same for Ramapo in game two of the doubleheader as the team dominated SJLI in a 14-3 victory. The Roadrunners began the scoring in the top of the first on an unearned run after Baranok scored on a throwing error.

Ramapo extended its lead to 2-0 in the top of the second after a run manufactured by TJ Roman. Roman stole second and third after a single and then scored on a Guadagno RBI groundout. However, the third inning is where the Roadrunners took off. Ramapo scored five runs on five hits including a Roman RBI single and a Christian Alonso two-run double. Topping off the inning was Baranok driving in another two runs on a single, extending the lead to 7-0.

In the fifth, Ramapo doubled its run output by scoring seven runs. Baranok recorded yet another RBI single and Justin Garthaffner had a two-run single after that. Harold Calero got in on the scoring, lacing a two-run double to center field. Calero would end up coming around to score on a wild pitch later in the inning.

One of the stars of the game was pitcher Nick Danbrowney. In his collegiate debut, Danbrowney was lights-out over five innings. He struck out seven and only allowed one hit in his five scoreless innings. Coming in to relieve Danbrowney was Dan Russo, who struck out one in his only inning of work. Closing out the game was Will Paoli, striking out two in a perfect final inning.

Ramapo next returns to action on Saturday, March 12 when they face Ripon College at the RussMatt Tournament in Auburndale, Fla.. The game will be played at 3:00 p.m..