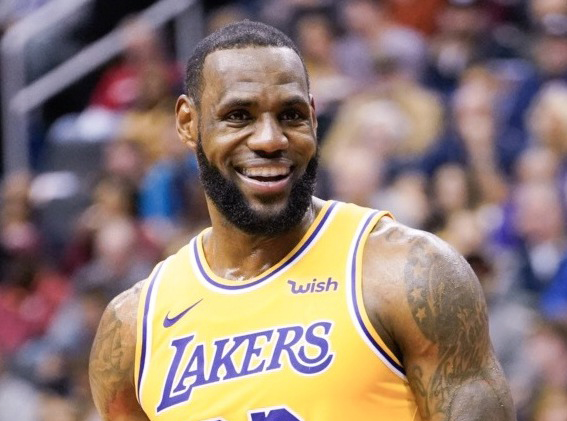 When the Los Angeles Lakers first started the 2021-22 season, they were one of the favorites to win the Western Conference and possibly the NBA Finals. Now, the Lakers are struggling to make the playoffs. They stand in ninth place with a record of 28-36. The team just obtained their first win since the All-Star Break — which took place on Feb. 20 — this past Saturday night, March 5.

The Lakers have been plagued with a combination of injuries and underperformance by star players. Russell Westbrook has not been the fit the Lakers thought he would be, and they’re stuck with him due to not making a trade before the deadline. Westbrook has been one of the two main scapegoats for the Lakers’ rough season.

The second person receiving the most blame is head coach Frank Vogel. There are several reported rumors that his job is on the line after only two seasons, one of which he led the Lakers to a championship for. Despite the speculations, Vogel remains coach, and probably will for the rest of the season.

In addition to this, Anthony Davis has been out with a foot sprain since Feb.16, causing him to miss 24 games. LeBron James has missed 17 games here and there with various issues. The last time Westbrook, Davis and James were on the court all together was Jan. 25 and they have only played 20 games together.

Even with all of this, not one person is to take all the blame for the Lakers’ struggles. All the little contributions of these things add up, leading to an underachieving season that raises alarms as it passes the halfway mark.

It is not impossible for the Lakers to completely miss the playoffs as they stand at a 9% chance of making it right now, according to ESPN's BPI Playoff Odds. James is set on the idea he can lead his team to the playoffs, as he has led unlikely teams there before, but the odds are not in his favor. James has played in nine of the previous 11 NBA Finals.

“Until you stump me out, cut my head off, bury me 12 feet under, then I got a chance,” James said after a tough loss 109-104 to the Dallas Mavericks on Tuesday, March 1, post-game. “As long as we’ve got more games to play, we still have a chance. So that’s my confidence.”

In the next game the Lakers played on March 5, against the Golden State Warriors, James proved what he said to be true. With his team in desperate need of a win, James dropped 56 points for his highest-scoring game as a member of the Lakers, and the third-highest scoring game of his career. He led them to victory, 124-116. However, Monday night, March 8, the Lakers took a close loss against the Spurs, 117-110. James sat out of this game experiencing knee soreness that has given him issues all year.

The Lakers' saving grace might be the play-in tournament that the NBA introduced last season. The teams that finish seventh and eighth in each conference must join the teams that finish ninth and 10th in a four-team play-in tournament to determine the final two playoff spots. In the previous year, the Lakers had finished with the No. 7 seed in the West but were eliminated in the first round of the playoffs by the Phoenix Suns. They have yet to have postseason success since the 2020 NBA championship they won inside the bubble at Disney World.

They have the second toughest remaining schedule in the NBA, according to Tankathon, which looks at a team's remaining games and calculates the combined winning percentage for all their opponents to determine their strength of schedule.

Whatever hope the Lakers have of turning around this season rests on James playing at an MVP caliber like he did Saturday, Davis returning from his injury and playing at an all-star level and Westbrook upping his game. The Lakers know the reality of what they are facing, and it is up to them to determine how their season ends.