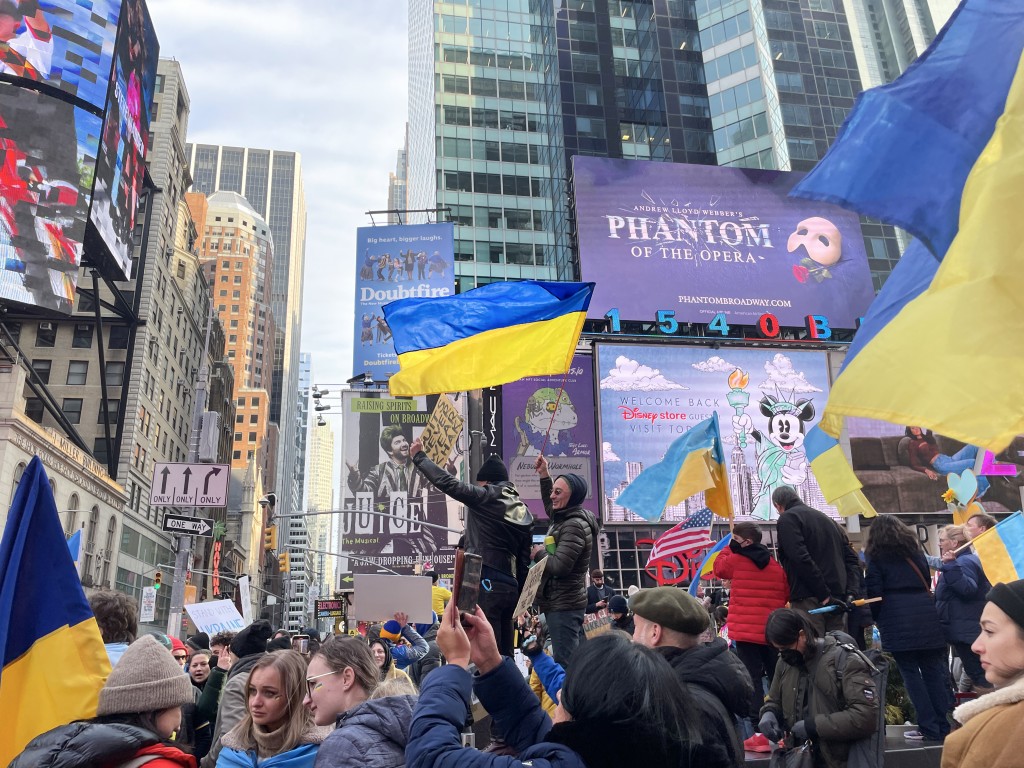 As a follow-up to last week’s Russia-Ukraine discussion panel, the School of Humanities and Global Studies hosted another discussion panel on March 8 in the Alumni Lounges. The talk focused on the legal and human rights ramifications of the situation as it has evolved.

According to Padhy, international law is best described as “principles that bring us together as a global order.” As a member of the United Nations, Russia’s actions violated the UN Charter, which acts as a charter for international law.

“This process of taking over definitely violates many principles in terms of UN context,” Padhy said.

“From the international criminal perspective, Russia and Ukraine are not members of Rome,” she said in reference to the Rome Statute, the treaty that established the International Criminal Court (ICC).

The ICC investigates and prosecutes for atrocities, genocides, war crimes and the crime of aggression. The problem is that Russia cannot be tried by the ICC because neither Russia nor Ukraine are ratified state parties under the Rome Statute. Padhy said the International Court of Justice can hold Russia accountable, but that process could take years.

“It takes time so that’s going to be a long process. You have to have Putin present too or Russian military generals for charges to take place,” she explained.

This idea of accountability tied into Root’s part of the discussion. She expressed optimism about current intervention for human rights and accountability.

“Is it too late for human rights and law? To me, the answer is no. In fact, I think it’s early,” she said.

Root said that if Putin or Russian officials were to face justice, they would have to be turned in by the Russian people. A political shift is necessary for those in office to be indicted and held accountable.

To Root, conflict resolution is the most important thing to do short-term in order to get to peace. She described the need for a “hurting stalemate” on both sides, a situation where both sides feel they have more to lose by continuing the conflict than they have to gain.

Root also pointed out how peace should be our highest priority. She expressed the “need to capitalize on Russia being a partner, despite how hard that may seem.” Negotiations, she said, need to be made with both Russia and Ukraine at the table.

Yaghmaian briefly spoke about the Ukrainian refugee crisis, claiming that over 2 million refugees have already been displaced and the number could rise to 10 million depending on how long the conflict continues.

“There is a point of saturation for receiving refugees, even European refugees,” he said, referring to the current crisis and the “invisible crisis,” the violation of human rights non-European immigrants are facing in EU countries. He sees the Ukrainian refugee crisis as a means for the EU to reinforce bad practices by furthering exclusionary policies.

Farallo shared her personal insight. She talked about what the U.S. legal system has done and what it could be doing. She shared that her aunt, uncle and cousin are still in Ukraine, but refuse to leave.

“The Ukrainian people are patriotic but prideful. Many people do not want to leave,” Farallo said.

Ukrainians can only apply for temporary protective services if they fled Ukraine March 1 or earlier, and visa applicants are rejected at the U.S. border if they are escaping war. Because of this, many Ukranians are applying for visas in Poland and this has caused a three to four week wait.

“Allowing the conflict to continue is going to aggravate the situation,” Yaghmaian said.