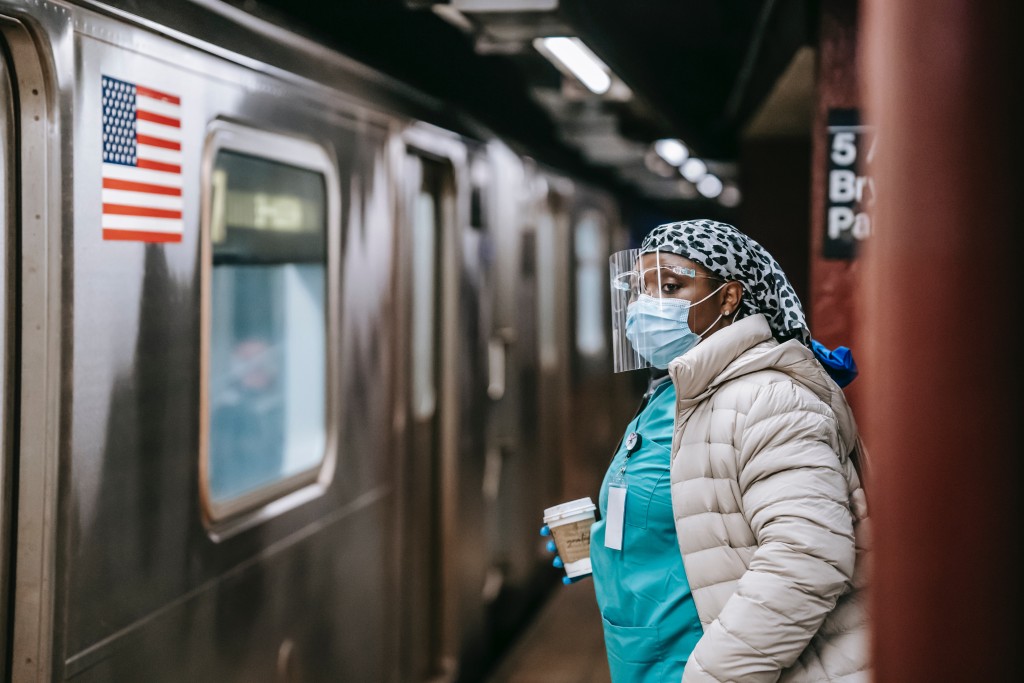 New York natives will tell you the subway has never been safe, and they have a toolbox of protective measures they take while waiting for their train. This is especially true for women in the city, who face startling levels of violence.

“I feel safe because I know to stand behind the pole, I just naturally stand where I need to stand, look for what I need to look for,” said Casmira Calascibetta, a junior nursing major who spent much of her life in Staten Island, using the subway frequently to see friends.  “Don’t wear earphones, don’t wear a ponytail.”

These fears are amplified when people hear tragic stories like the recent death of Michelle Go, who was fatally pushed onto the subway tracks. Go was pushed by Martial Simon, who had been identified as a common face in psychiatric programs in the city.

“There’s a definite fear of being pushed onto the tracks since there aren’t any barriers,” said Miriam Sokolska, who uses the subway everyday for their commute.

The New York Times cites that riders “complain regularly about encounters with people who appear homeless and mentally ill,” a situation many will corroborate. The city has developed a set of solutions, but not all subway users agree with the path being taken.

The MTA’s most recent venture is to pilot screen doors at three stations around the city to fight the issue of intrusions, meaning a person on the tracks. They also plan to increase police presence in the subways as of January, in response to the stark rise in felony assaults in recent years even as ridership has been drastically lower.

“There’s recently been a lot more police presence in the subways because of rising crime,” Sokolska said. “Police are more likely to incriminate people than actually provide them with professional mental health resources and de-escalation, so it doesn’t make me feel like me or other people would be effectively helped.”

Architecture and systems which edge those experiencing homelessness out of safe spaces are anything but helpful, and at the root of it, inhumane. Our media takes turns vilifying and empathizing with homeless people; depending on the necessary narrative, they are either repeat criminals or an unfortunate result of a “broken system.”

“If you have the money and you’re not using it to create an environment where these people can go, and rather create environments where they can’t go anymore, you’re only going to shove them into areas that they weren’t before, and then get mad at that,” said Calascibetta.

If this is the general agreement, then why isn’t the city taking the preventative approach? After all, the people most at risk are the ones who hope for health-centered solutions. Senior Esther Chow agrees that police presence is not the solution, and they feel this approach pits minority communities against one another, rather than recognizing the overlapping needs.

Go’s death has not been labeled as a hate crime, though hate crimes against the Asian community have been on the rise since the beginning of the pandemic. Chow feels the approach of hyper-vigilance, rather than community care, will only increase the false sentiment that Asian communities are to blame for issues in the city.

“The best thing to do in order to make both the Asian community, as well as the homeless community, feel more safe is to improve economic standards as well as living standards for homeless people,” Chow said.

If those seeking protection in the subways are not being listened to when creating a remedy for their fear, the solution will always be hollow. Subway doors and strict fares are band-aids for a larger problem, one the city is blaming the homeless for, when the reality is they, too, are suffering because of it.

Reducing homelessness through compassionate systems is the only way to eliminate the subways as a place of refuge. We should not stray away from looking at the systems which perpetuate struggles with mental illness, and instead seek out ways to create new ones which eliminate all forms of violence by meeting basic needs.