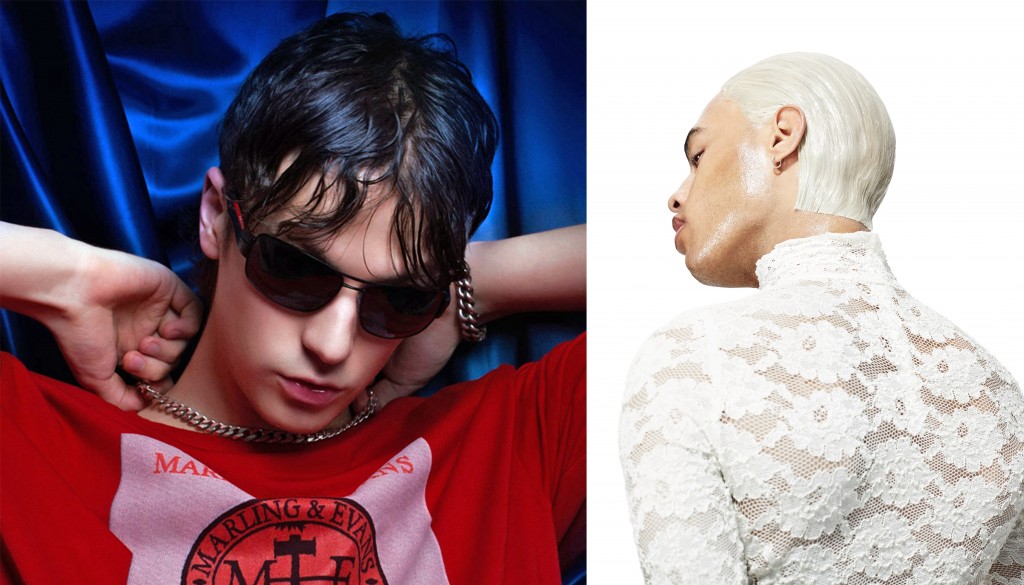 Bladee and Ecco2k shocked fans on Friday when they released their joint album “Crest” with no prior announcement. The album marks the latest in a long line of collaboration between the two Swedish artists, both part of the musical collective Drain Gang. The whole album was produced by fellow Drain Gang member and frequent collaborator Whitearmor.

The album is an atmospheric blend of hip-hop and pop sensibilities, and it is noticeably more upbeat compared to his earlier projects. The album is beautiful and makes you feel as if you’re floating through picturesque, flower filled meadows.

The album opens with the track, “The Flag is Raised.” Featuring a chill beat and Bladee’s standard autotuned vocals during the intro and verses, the album sets the stage for what to expect. Ecco2k takes the lead for the chorus where he delivers his distinctive high-pitched vocals. The two artists really come together on the second verse with both taking lead vocal duties. Throughout the track the vocals and instrumental blend together to create a dreamy atmospheric feel.

The second track, “5 Star Crest (4 Vattenrum),” is a standout track amidst a series of remarkable tracks. It is an eight-minute epic dedicated to the producer Vattenrum, who sadly passed away in 2019. The song is divided between four parts, each defined by different music. The first part has more of an ambient feel. The music suddenly transitions later into the second part, which is much more upbeat and active, the beeps and bops of synths mixing well with the light tapping beat.

Again, the musical shift to the third part is sudden, where a standard hip-hop beat centered on bassy drums is the musical focus. Ecco2k questions here, “Ooh-ooh, could it be? / That heaven is fleeting and always / And nothing is forever, and wishing will get you nowhere.” This part eases into the next with a synth chord-based progression connecting the two. The final part starts more low-key and subdued before shifting to a more lively and bumping melody. Bladee repeatedly sings the phrase, “Death is beautiful,” during the chorus. The song ends with spacey synth noises and Ecco2k repeating a phrase, “I Love You.”

Skipping ahead to track eight, “Girls Just Wanna Have Fun,” was first released as a single by the two back in 2020. Since then it’s become one of the most popular songs for both artists. The beat has a full drum sound to it and the music is very atmospheric. The song begins with Bladee singing minimalistic lyrics, “Touch, unite / Out of this world / Everlasting / Flowers bloom.”

Ecco2k takes over vocal duties during the chorus mainly repeating short phrases, but during his verse he drops very hard hitting emotional lyrics. He sings, “Let me go, you can't hold onto a ghost / Fold in on myself, I fold so, so close.”

On the final track of the nine-track album, “Heaven Sings,” Bladee and Ecco2k offer an angelic yet melancholy outro. Smooth synth sounds form the backdrop for Bladee’s singing. The music is punctuated by occasional synth notes added to the melody for a moment before disappearing. This track feels like a distinct tonal shift from the usually more upbeat and happy feel of the album. Ecco2k’s vocals near the end provide the song with even more of the intoxicating ethereal sound present throughout the project.

“Crest” is an outstanding work that combines the best of Bladee’s rap and Ecco2k’s pop with some of the best production I’ve heard on a Drain Gang album. The album feels new yet familiar, warm but cold and realistic while fantastical. It's certainly an album that’s hard to pin down, but while difficult to define, it’s easy to appreciate the majesty of.