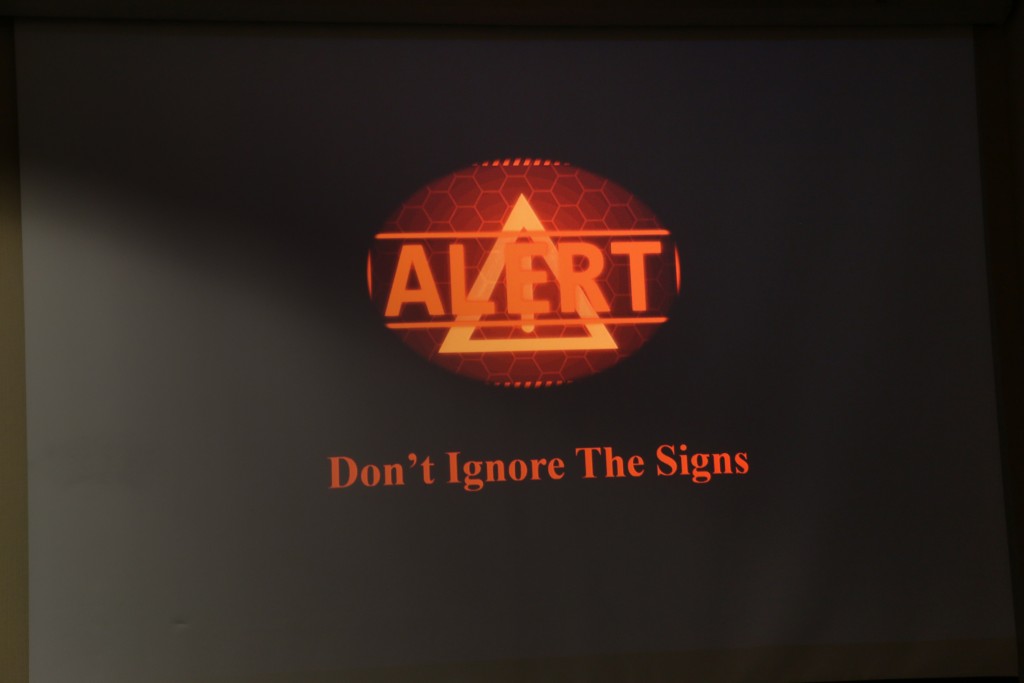 Will Holmes, listed as assistant chief in the event description, hosted the event. He and his partner Public Safety Officer Lisa Boettger are both certified in ALICE Training and co-developed the campus’ training program.

When informing law enforcement officials of an active shooter threat, Holmes said to give your location, a description of the individual and their weapon. The information should also be provided in real time and in plain language.

“Know your location. It is hard to be rescued when you don’t know where you’re at,” he said.

He also advised participants to call 9-1-1 only if it is safe to do so. If not, he recommended messaging the last person you texted and informing them of the situation so they can call for help.

When discussing evacuation, participants were empowered to act rather than wait for instructions from others.

“You have permission to evacuate whenever you feel it is safe to do so,” Holmes stressed.

One of the highlights was learning how to break a window to minimize harm to yourself and others when evacuating. Using a wood frame covered in saran wrap, Holmes demonstrated the “break and rake’’ method, which involves taking a blunt object to break the window from the top corner and using the object to rake away glass from the edges.

During the lockdown portion, Holmes discussed the importance of barricades and knowing what kind of door the room has. For example, if the door opens outward, then an active shooter will always be able to open the door. Holmes described a Tetris pattern for an ideal barricade – objects stacked on top of each other in a way that makes it as difficult as possible for the shooter to enter the room.

The final part of the presentation was counterstrategies. The two strategies discussed were creating a distraction and control. Distracting the shooter involves yelling or throwing items as a way to overwhelm their decision-making process. According to Holmes, this approach “provides time for you to use another technique or strategy in those few seconds while the shooter is refocusing.”

For control, Holmes described a strategy where individuals swarm the shooter and take control of their arms and legs to prevent them from moving. He warned participants to never attempt this strategy with less than four people and to maintain the hold on the shooter until law enforcement arrives.