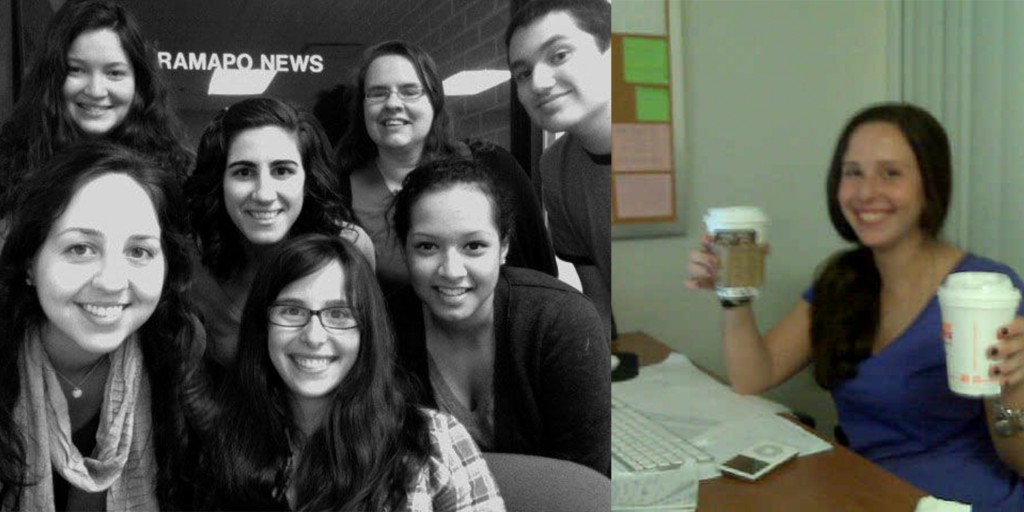 As editor-in-chief, Megan Anderle created a staff which was determined to make their paper by deadline no matter the challenges thrown at them. She recounts a night where not only did her car break down on her way to production night, but a false report of an active shooter was notified on campus.

While editing pages from her laptop at home, the Arts & Entertainment Editor Diana Stanczak took charge and refused to let the paper be halted — even in an emergency.

“I want to make sure everyone's safe, follow the instructions that we get, like just do what they say, which at the time was lock all the doors shut the lights off, stay where you are,” Anderle said. “She just kept going. She was just like, ‘no, we gotta copy edit the pages. No, we can't stop, we're just gonna keep going.’”

Anderle’s work ethic inspired this rigorous and resilient workroom. She oriented her goals strongly on strengthening the quality of the weekly content, even if that meant printing a shorter edition. She spent the summer between semesters creating style guides and working on advertisement outreach.

These skills have translated into her career today, though in a different field than journalism. Anderle works as a content solutions consultant for LinkedIn, helping brands find the best way to tell their stories.

“In brand journalism, it's not just about the brand. At the end of the day, it's about your audience,” Anderle said. “And that's the same for news, right?”

Her time at The Ramapo News was just the beginning of a wide range of writing careers. Anderle worked at The Record alongside other graduated editors before switching gears to writing directly for brands like Dell and Levi’s to reach their audiences. She says all of the positions she’s held require the same curiosity and communication skills she practiced in her journalism courses.

She cited one project from her journalism capstone course as being especially impactful. Professor Edna Negron assigned her students to pitch a business model and find how to create revenue for it.

“Edna was always ahead of her time. She was always thinking three steps ahead and giving you, you know, just the best journalism,” Anderle said. “I learned so much from her.”

Anderle’s project foreshadowed what she would come to work in later, as her website planned to generate revenue through content marketing. Professor Negron brought in panelists to critique the student work, which Anderle would later be a professional on.

“She was giving us a challenge that every single media company has and will continue to have,” Anderle said. “It is just so hard. It's not just paywalls, not just ads, it's a combination of things.”

Before her current position, she also worked at Bloomberg as a consultant for marketing strategies. The Ramapo News was just the first of many building blocks that led her to her leadership roles today, where she acknowledges she has grown bounds from.

“There's so many different things you can do with your journalism career. And so much of it is really fulfilling,” she said. Anderle encourages students to be open-minded when looking for jobs, as the direction she took was an unexpected, yet exciting one. “It's still very value-driven content creation that people need to do better in their careers and personal lives.”