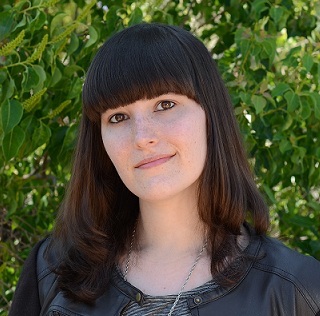 Fantasy author Tara Sim has just released her latest novel “The City of Dusk,” perfect for readers interested in magic and things hiding in the dark.

“The City of Dusk” follows four heirs from different realms, each realm worshiping a god who blesses them with prosperity and guides their unique magic craft, such as necromancy and shadow control. Recently, things are changing in the realms. The gods aren’t responding to prayers and the vibrant cities are failing. The four heirs must unite in the City of Dusk, where all the realms converge, and become reluctant allies on the quest to restore their declining power. Everyone has their own motives, and nobody is telling the whole story.

The characters are created quite masterfully. Having multiple characters as narrators gives a great insight into the inner workings of the realms each character hails from. Sim made each region unique, and this is shown in the way each character has a distinct narrative voice. We see the world through their eyes, as well as how their goals and opinions differ. They all have their own private motivations and plans for the future of their realm.

Sim does a great job of giving each character a personality that stands out in this group they find themselves in. The protagonists from these realms only share one thing in common: conquering the high stakes of this quest. Angelica’s drive for power clashes with Taesia’s rebellious ideas. Nik’s confusion about the role he must play puts him at odds with Risha’s certainty over what needs to be done to keep the peace.

The book creates a world that seeks to combine many different popular fantasy elements. Royal heirs, gods, magic and quests can be found in many different famed fantasy books. Combining several of these elements in a way that portrays each aspect in a thorough and well-developed manner is a tricky task.

Nevertheless, “The City of Dusk” is able to blend all these elements together with a fair level of detail for each, creating a world that stands out from other popular fantasy books. Sim adds a fascinating and dark twist to standard fantasy elements and makes these details her own. She forces the readers to look closer at their own lives regarding who they trust, whether it be a god or a political leader. Several characters of this book have grown accustomed to trusting blindly in their various higher powers and face growing dread as their prayers fall on deaf ears.

Sim channels this feeling of dread so masterfully that I could feel it leaking off the page. One of her messages about this is that sometimes the person we trust has to be ourselves.

In high fantasy books such as this, we can often see the author create so many different plotlines and go so in depth with their world building that the plot’s rhythm can be disrupted. Sim created an intriguing and layered world, but the plot sometimes feels like it gets sidetracked by all of the additional details she added to the book in order to create the setting.

Some of these additional details pose small questions that aren’t answered, such as some of the details on the political schemes of the different realms’ ruling families. This is potentially by design though, as this book is the first in a trilogy titled “The Dark Gods.” Having minor unanswered questions at the end of a book can be a good tactic to have the reader continue to read the subsequent books in the series.

“The City of Dusk” is a promising start to a new fantasy trilogy. The world is lushly created, if slightly crammed, with interesting details and Sim does a good job of laying the groundwork for a standout fantasy series. The second book in the series will be an easy purchase for me when it comes out next April.