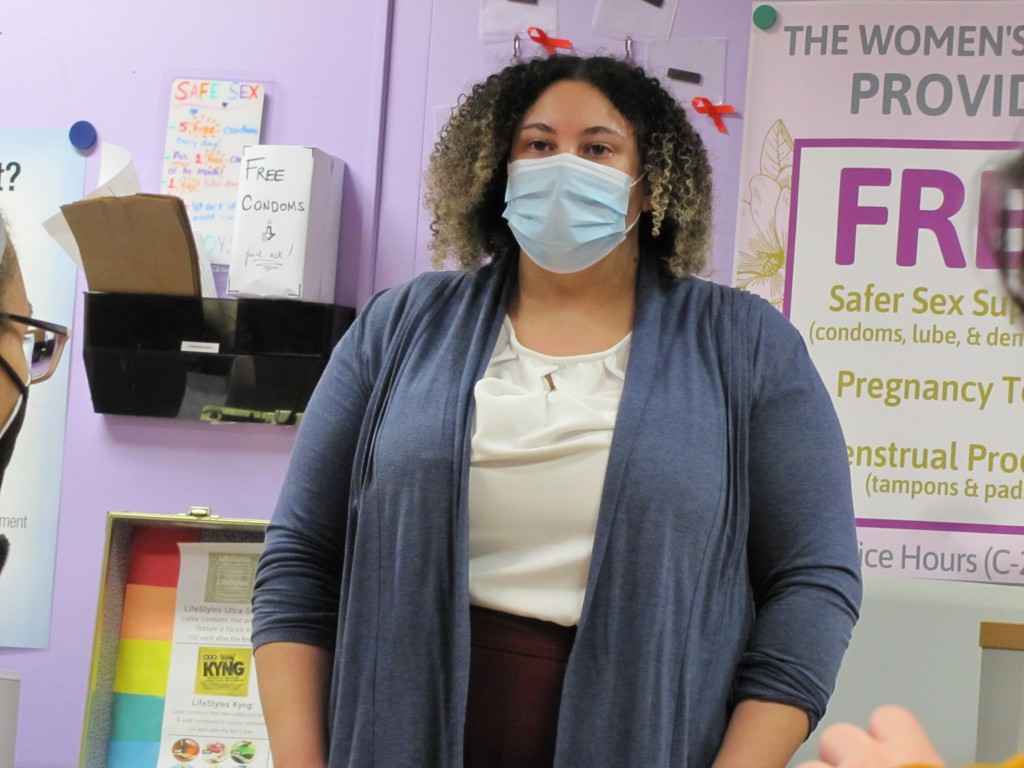 Our world is complex, and peoples’ identities can often clash with each other, especially when considering intersectionality in today’s modern society. These topics — and more — were discussed at the Hood Feminism workshop at the Women’s Center Thursday, March 24, as part of Women’s Herstory Month.

Inspired by Mikki Kendall's book “Hood Feminism,” and led by Rachel Sawyer-Walker, associate director of Equity, Diversity, Inclusion and Compliance, the group talks focused on the intricacies of intersectional feminism and shortcomings in modern feminism.

At the start of the event, Sawyer-Walker discussed the importance of acknowledging one’s privileges. In regards to herself and her identity as a queer Black woman, she recalled when someone pointed out her privileges and reflected, saying, “You are lighter-skinned, you are able-bodied… you have education.”

She encouraged everyone to think about these parts of their identities and how they factor into their privileges, as that is key to acknowledging intersectionality in Black trans women and similar demographics.

To Sawyer-Walker, an ally is “someone who is not actively rejecting the benefits they might receive” from their privileges, but rather someone who denies unfair advantages they may have and calls out discriminatory statements.

Using the example of the Sojourner Truth, Elizabeth Stanton and Susan B. Anthony statues that were put up in 2020, Sawyer-Walker pointed out how Stanton and Anthony were extremely racist towards Black women and excluded them from the Seneca Falls Convention, the first women’s rights convention in the United States.

This was followed by a video centered around women of color finding community in each other and how white women benefit more in society than women of color. Dr. Brittney Cooper, a women and gender studies associate professor at Rutgers University said in the video, “White people have the power they have because of white supremacy, because of moving in a group to secure privileges… for themselves as a group.”

These dynamics highlight the double standards women of color have to deal with; unlike white women, if they mess up, they are viewed as representative for their entire community.

“If I do something, it reflects on some people, the way they view other Black people, and so it feels like I have to put on an act so someone behind me doesn’t get called the N-word,” said Shugar Hall, a senior electronic art and animation major.

The discussion focused on the idea that those who benefit from the system the most are the ones who fight the hardest to keep things as they are. When asking the room what they would lose or gain in an equal world, the audience poked even more holes in modern society’s double standards, spanning topics from gender expression to how criminals are portrayed by the media depending on their race.

The Hood Feminism workshop was an important time for people to reflect upon their privileges and dissect feminism’s hypocrisies. Intersectionality is vital to taking an active role in making feminism a system that benefits people across all racial, sexual and gender identities. Having open conversations like this is the first step, and Sawyer-Walker’s hosting and moderation helped the event and Women’s Herstory Month end on a high note.