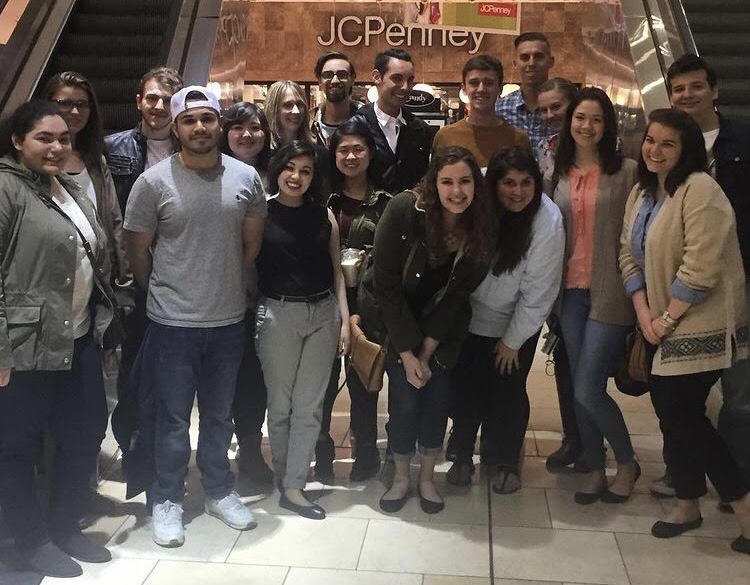 Teaching those around her is something Samantha Sproviero has been doing since her time as editor-in-chief (EIC) of The Ramapo News, where she led a staff of editors and writers towards growth and success each week. Now, Sproviero, class of 2017, attends Temple University to finish her Ph.D. in history, where she plans to become a college history professor.

“So much of what I did as editor-in-chief and those sort of leadership and management skills correlate very nicely to teaching,” she said. During her master’s education at West Virginia University and currently at Temple University, she has taught at both colleges, preparing herself for her post-graduate goals.

“I want to teach college students history, and so being able to manage a classroom, it's not something that you just intrinsically know how to do,” she said. Sproviero’s time as EIC, however, bettered her abilities to manage a collective of students in reaching their goals and learning in a safe and welcoming environment that motivated excellence.

Sproviero is passionate about working with college students, and her experience at Ramapo is what drove her to stay involved with academia. She majored in history at Ramapo, which helped her discover her passion for uncovering the past and making it relevant to now. Although she had to switch from her journalism major quite early in her college career to pursue this, being involved with The Ramapo News helped her stay involved with something she loved and develop a caring support system in the process.

The news staff always held end-of-the-semester dinners at Grand Lux Cafe, which would sometimes fall around Sproviero’s birthday, and she recalls how her news team always made her feel so special and celebrated.

“Somebody on the team would inevitably tell the waiter it was my birthday and they would sing happy birthday to me after dinner,” she said. “Which was so sweet, because they weren't people who I lived with or I was friends with outside of class necessarily, but they became friends that I don't think I would have made if I wasn't on the paper.”

In addition to meeting many great friends on her staff, she loved being able to talk to so many diverse people through her role as EIC and her previous role as news editor, which she described as “the ultimate stepping stone” to EIC.

“I don't think many students get to sit down and have a conversation with the president of the college,” she said. “I remember sort of walking away from that and feeling like, ‘Hey, that was kind of like my first big interview and it went really well.’”

“It's a cool opportunity… to ask questions of people without being apologetic for it,” Sproviero said. “If you're not doing journalism, you can’t just run up to people and be like, ‘Hey, I want to interview you about this.’”

She compares her history career to journalism, as she believes it is the present version of history. She may not be able to interview the people studied — her main area of study is German history and Queenship — but she can learn about them through their letters and journals as she searches for quotes to use, similar to research work done in journalism.

“[History] totally connects to what we do now. And that's a lot of what journalism is about. In that lead, you want your reader to [understand] this is what's happening and this is why it's important,” she said.

One of Sproviero’s biggest accomplishments as EIC was making The Ramapo News a relevant and respected organization on campus. From getting The Ramapo News banner for tabling events to obtaining a Keurig coffee machine and other office supplies for the newsroom, she strived to make the space resemble a functioning workroom. At the same time, this professional atmosphere also contributed to the paper’s overall reputation on campus, establishing themselves as a highly regarded publication and supportive teammates.

“Just knowing, too, that sense of accomplishment that every week we pulled, we pulled it together,” she said. “It’s such a nice memory to think about to be like, ‘Wow, I did that and made friends doing it.’”