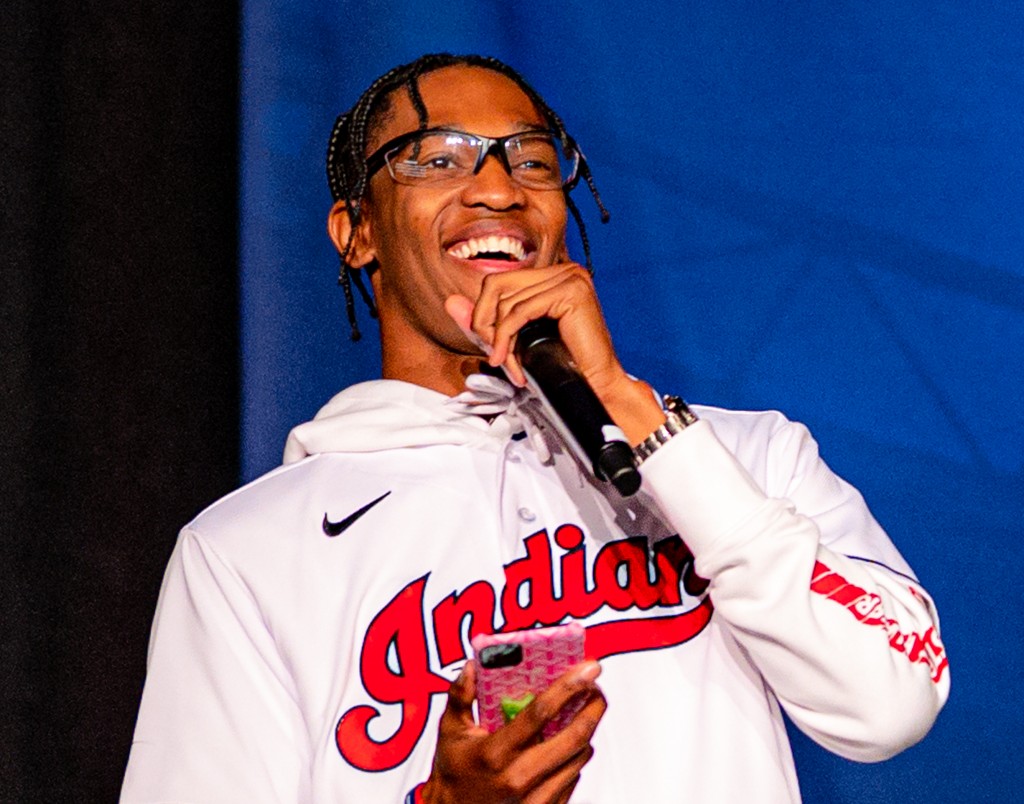 Baseball season is finally upon us. After an interesting and exciting off-season and free agency, baseball fans are expecting one of the most competitive seasons in recent memory. There is some elite level talent present on just about every team, some names that everyone knows and some that you certainly will by the time the season ends.

There are a few players around the league who I think are poised for a breakout year. I have compiled a list of three pitchers and three position players that I envision making the jump this season.

Someone who arguably already has is San Francisco’s Camilo Doval. A flamethrower with absolutely nasty stuff, he is projected to fill the closer role for the Giants and contribute to a strong pitching staff. If he can keep up the show he put on as last season drew to a close, he will undoubtedly be a top relief pitcher in baseball.

Triston McKenzie is the young Cleveland Guardian who had a jaw-dropping month in August during the 2021 campaign, including a near no-hitter where his potential was on full display. Cleveland may not be competitive this season, but their young pitchers will surely still find time to blossom. McKenzie is poised to cement himself as a weapon on a surprisingly strong Guardians rotation.

Minnesota Twins rookie — and opening day starter — Joe Ryan was acquired last summer in the deal that sent Nelson Cruz to Tampa Bay. Ryan made his Minnesota debut in September, posting an impressive five-game stretch. He has quickly flown up the ranks of the Twins pitching staff and looks to carry a team with some postseason hopes. A lot will be expected of Ryan, but as his already eye-catching spring indicates, he is more than ready for it.

Like any year, there is an extensive list of hitters that are prepared to make their mark, but I’ve chosen the three I feel best about.

I have had my eye on super-utility Pittsburgh Pirate Cole Tucker since his debut in 2019. Tucker can play almost every position on the field, and he does it well. With a collection of flashy defensive gems from last year, Tucker has begun to make noise. This, and a bat that carries some pop, projects Tucker to stick as the Pirates' second baseman. Prepare to see his name much more.

A rising star who has already made a jump in his own right, but I expect to stamp himself as a “superstar” this season, is Miami Marlins shortstop Jazz Chisholm Jr.. Chisholm’s speed coupled with his unrivaled athleticism and surprising power should springboard him into superstardom this season. The Marlins improved this offseason as well, and if they can make a run, it will be largely in part to the play of Chisholm.

In a similar fashion to the pitchers list is another Minnesota Twin, Luis Arráez. Arráez has made noise in Minnesota, but between injuries and struggles to find a consistent spot in the lineup, that jump to breaking out has yet to be made. However, with the departure of Josh Donaldson, Arráez may find himself as the Twins starting third baseman.

Whatever role he fills, Minnesota knows he is too good to not play. Ranking third in team wins above replacement (WAR) last year, and with an impressive slash line of .294/.357/.376 (.733), Arráez will make sure he is taken seriously this season. All my chips are on Luis Arráez to stay healthy, cement his spot and take the next step.

These guys are my future breakouts, but a list like this could include so many different players. The beauty of baseball is that in any given game someone can make their mark. Here is to a complete and healthy 2022 MLB season.