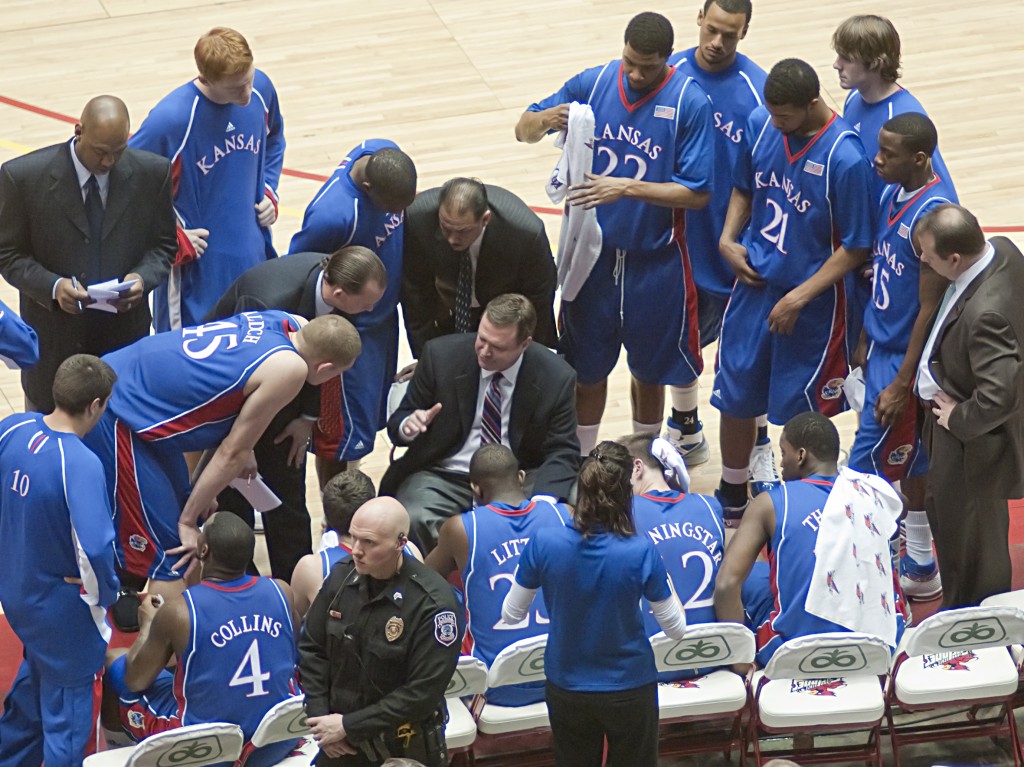 The NCAA Men’s Final Four usually delivers fantastic games, which then lead to an exciting National Championship game, and this time was no different. This year, the Final Four was not just a showdown of good teams and players, but also coaches. There was a combined total of 22 Final Four appearances amongst the coaches from each team.

Collin Gillespie, a fifth-year senior and winner of the Bob Cousy Award for best point guard of the year, tried his best to lead Villanova to victory. But the team clearly missed the presence of the injured Justin Moore. Kansas came out on fire and maintained the lead. Several times, the Wildcats tried to claw back, coming close to striking distance, but never succeeded.

Kansas had a dominant performance over Villanova, winning 81-65. Kansas was led by Big 12 Player of the Year Ochai Agbaji. Agbaji finished with 21 points, but his teammate David McCormack had the game high, finishing with 25 points. The game ended comfortably for Kansas in the closing minutes, so much so both coaches could clear the benches.

North Carolina (UNC) and Duke’s first-ever meeting in the NCAA Tournament brought the opposite ending of the Kansas and Villanova game. The dagger that would end Duke’s season would be shot by UNC’s Caleb Love, as he hit a clutch three pointer from deep in the final 20 seconds. The game fully lived up to all the expectations and hype. There were 18 lead changes and 12 ties.

Not to be ignored, UNC’s victory also ended Coach K’s legendary career in a full-circle style ending. The first loss Krzyzewski ever took at Duke was on Dec. 5, 1980 to UNC. Now, it concluded with a loss, but also a resume that includes an overall record of 1,202 wins, five National Championships and 13 Final Four appearances.

The two teams were also connected in a weird way by Roy Williams. Williams coached at Kansas from 1988-2003, and then UNC from 2003-2021. It was the first time ever that a National Championship game featured two coaches who succeeded the same coach. Hubert Davis — the current UNC coach — is only the fifth coach to lead a team to the national championship game in their first season.

This time though, unlike in 1957, Kansas prevailed, and held up the trophy as blue and red confetti rained down on the Jayhawks. The game started back and forth, but by halftime UNC had made a 16-0 run, giving them a 38-22 lead to start the second half. At the time, UNC had a record of 21-0 when leading at the half.

Kansas was not intimidated though and showed they were not going down without a fight. They slowly but surely got themselves back into the game. Every possession mattered as the clock approached the last five minutes, and UNC started to feel the pressure. UNC cracked, and missed their buzzer beater opportunity to send the game into overtime. Kansas had officially overcome the largest halftime deficit in NCAA championship history, winning 72-69.

This was Kansas coach Bill Self’s second national championship with the team. After struggling for several years, they finally were able to bring home the trophy for the first time since 2008. Some would also argue it was destiny, as both No. 1 seeds — Kansas in the men’s tournament and South Carolina in the women’s — in 2020, who did not have a tournament due to Covid cancellation, won a title this year.

After the celebration the famous ritual for the men’s tournament, "One Shining Moment," was played, closing the chapter on the 2022 men’s college basketball season. This year’s March Madness did not disappoint and will be one that is remembered for all of the historic moments created over the past three weeks. The countdown starts, as 339 days remain until Selection Sunday 2023.