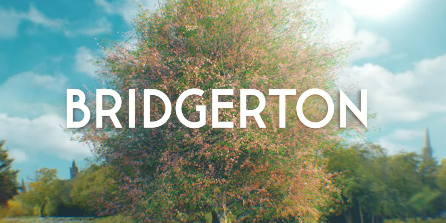 Netflix’s adaptation of Julia Quinn’s Regency-era book series “Bridgerton” has made a stunning comeback with season two on March 25, and it has left all viewers on the edge of their seats. The season picks up roughly 10 months after the events of season one, and eldest son Anthony Bridgerton is in search of his new viscountess.

While he searches for love, he grows picky as he meets with each young lady from London, and it becomes crystal clear that he has no interest in any of them. However, things change once the Sharma family arrives in town from India. The family is determined to find youngest daughter Edwina a suitable husband, and eldest daughter Kate is there to look out for her sister during her courting process.

From the moment Anthony and Kate met, I knew immediately that their witty banter and underlying longing for one another were going to be drawn out. It killed me each time they exchanged glances or had to move away in the middle of a dance. As minor as these actions sound, they had me yelling at my screen and waiting for something to happen.

Despite the constant push and pull between the two, I thoroughly enjoyed seeing their story unfold. I loved how they constantly criticized one another, yet related on deeper levels than Anthony did with Edwina. Both lost their fathers when they were young and had to help support their families early on, which I found essential to both characters.

“Bridgerton” has always done a phenomenal job at uniquely sticking to particular tropes familiar in romance novels. Season two places Anthony and Kate in the “enemies to lovers” role in a way that doesn’t feel forced. They naturally fall into this role because of Anthony’s high standards for a wife and the fact that he only wants one for the sake of having children.

Because of Anthony’s stance on marriage, it’s a valid reason for Kate to make sure her sister is far away from him. By keeping Edwina away from the viscount, Kate believes she is guarding her sister’s heart. I admired her for doing so, but she was falling for Anthony despite knowing his beliefs about marriage.

What I found to be interesting is that Anthony devotes his time to winning over Kate more than courting Edwina, which is shown through his actions. In episode three, the Sharma family visits the Bridgertons’ estate to play a game similar to cricket called Pall Mall. I enjoyed this scene because Anthony is the strong older brother who’s competitive, and mirroring him is Kate, who is the same way. Even though it was more of a family-centered episode, the show still managed to get Anthony and Kate to connect on a more personal level.

While season two had a lot of positives with their new whirlwind romance, I found that there were a few things I wasn’t a fan of. For starters, it was revealed on Twitter that Anthony, Kate and Edwina never had a love triangle, and fans of the original book series were disappointed to see significant plot changes like this.

I understand that sticking close to the actual plot is ideal, however, scenes do not always make it to the screen, or changes have to be made for things to be portrayed in the way the production company deems fit. I haven’t read the books yet, but after reading online about all the scenes that could’ve been, I was longing to see more and even get a further backstory on some of the aforementioned characters.

Knowing that significant plot changes were made to fit the kind of story they wanted to tell, I can only hope Netflix continues to do right by the books and adds more details instead of cutting them out.

Simone Ashley, the actress who plays Kate Sharma, recently confirmed the Viscount and his Viscountess’ storyline will not stop after this season, and we can expect to see them more in season three. I enjoyed watching their romance unfold, and I cannot wait to see what will happen next with their story.