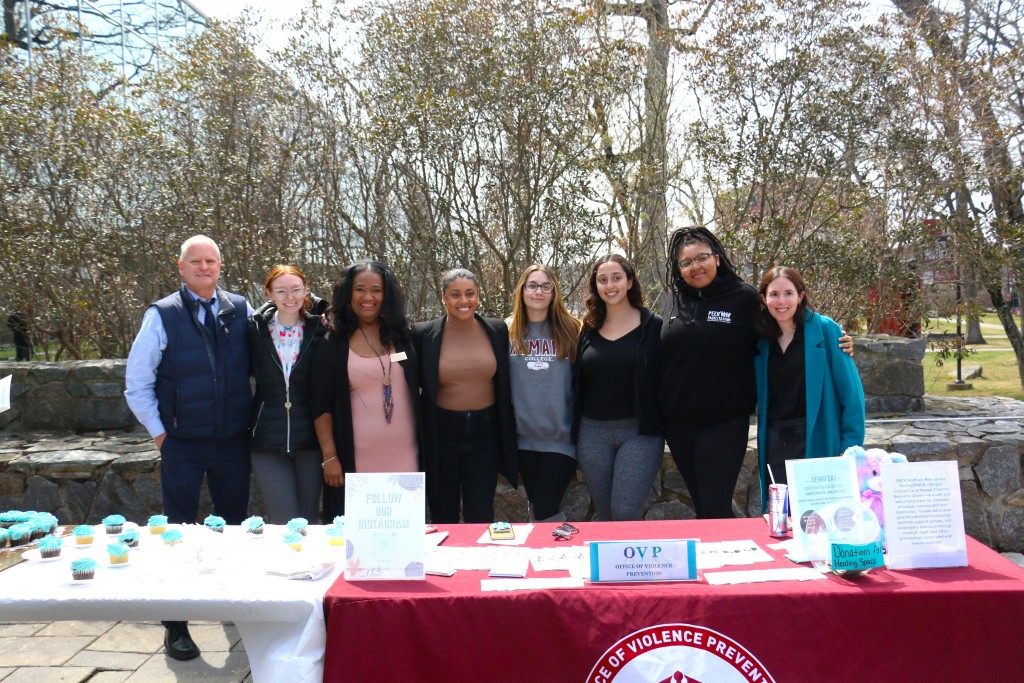 The Office of Violence Prevention (OVP) and President Cindy Jebb delivered the opening proclamation for Sexual Assault Awareness Month on Monday, April 4 in the Grove.

“Sexual violence is widespread and affects everyone in the community,” Jebb said. Survivors are often pressured into silence and Jebb believes “Ramapo must come together to show our support for survivors and let their voices be heard.”

Marie-Danielle Attis, the prevention education coordinator of the OVP, also explained that this “can be a very triggering time for survivors, allies and allies of survivors.”

Monday’s Daily Digest advised students to reach out to counseling services at 201-684-7522 or at the Counseling Services page on the Ramapo website if they feel triggered and need to speak to someone. It also provided numbers for the Rape, Abuse & Incest National Network, most commonly known as RAINN: 1-800-656-HOPE and HealingSPACE: 201-684-7522, two other sexual assault hotlines that students can reach out to.

The opening proclamation featured a brief discussion of Title IX, which prohibits gender and sex-based discrimination on the state and federal level. It was known for advancing women’s sports, but became known for the Supreme Court expansion of its protections to sexual harassment and sexual violence in the ‘90s. Sexual assault is included under that umbrella.

OVP’s Master of Social Work intern Ilana Lopez announced some of the upcoming events that the OVP will be sponsoring and co-sponsoring. The next event is a Toxic Masculinity and Movie Clips Event in Bradley Center Thursday at 6 p.m.. Bachelor of Social Work intern Dean Cooper is leading the event and it will feature discussion of toxic masculinity with clips from various movies.

RAINN Day Tabling takes place on Friday at 1:30 p.m. in the Fishbowl. Students will design their own raindrops in an opportunity for Ramapo students to show they are an ally in the fight against sexual violence.

April 13 marks HealingSPACE’s Clothesline Project in the Grove at 1 p.m. This t-shirt project will be a visual display of violence statistics and, according to the OVP website, each shirt is made by a survivor of violence or someone who has lost a loved one due to violence. The OVP will support HealingSPACE during the entirety of Sexual Assault Awareness Month with a fundraiser taking place in their office, C-216. Students can stop in and add money to their donation box.

April 20 is De-stress Night where students can come to Padovano Commons with the OVP at 5 p.m..

The highlight of this month’s events will be Denim Day taking place on April 27. Students, faculty and staff are encouraged to wear denim to show support for victims and survivors of sexual harassment and abuse. A $10 donation or more to HealingSPACE will also get attendees a Denim Day t-shirt while supplies last.

“In recognition of Denim Day, we are planning a denim fashion show,” Lopez said. “We’re looking for student and faculty volunteers to model.” The fashion show will close out the Sexual Assault Awareness month events and take place in Friends Hall at 7 p.m..