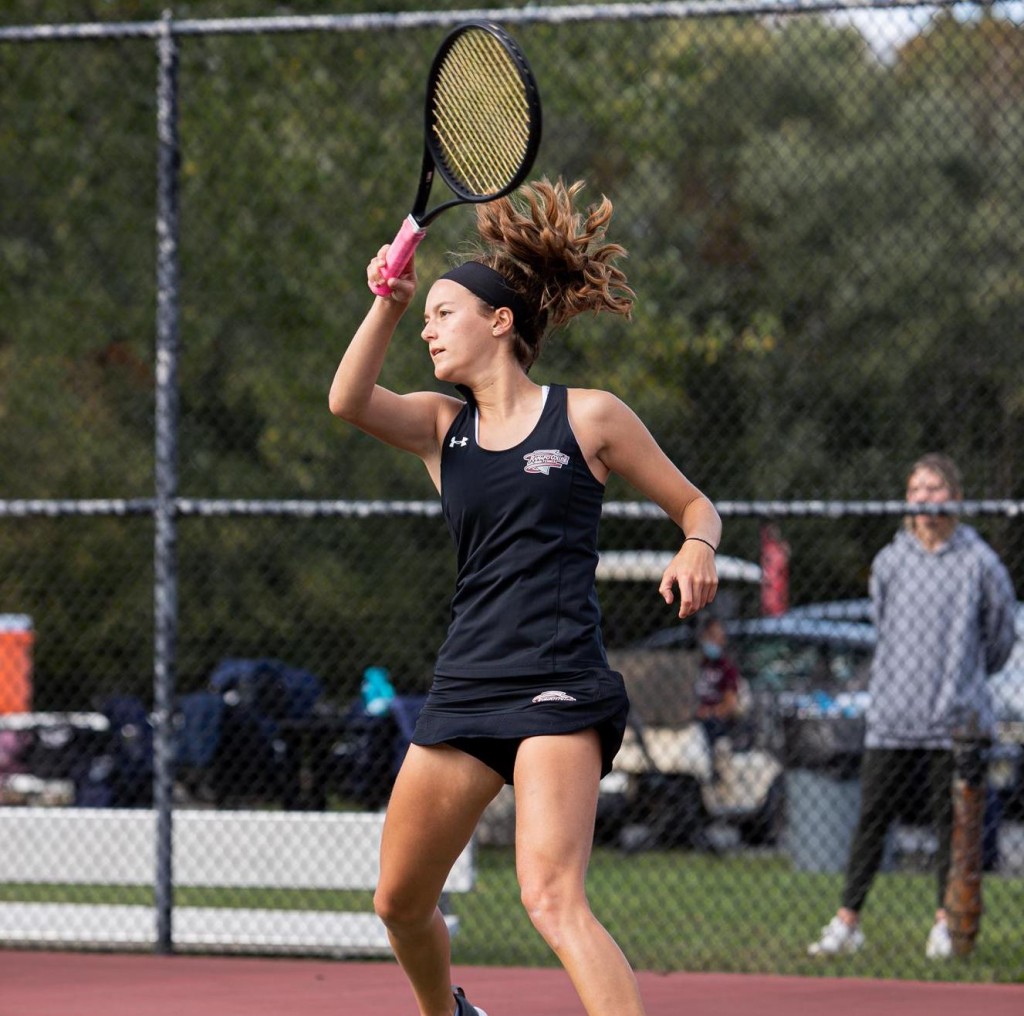 The men’s team played its first match of the spring season against SUNY Oneonta on April 2. The Red Dragons were able to come out on top of this match with a 7-2 victory. SUNY Oneonta improved to 4-4 on the year while Ramapo fell to 1-2 in total.

Immediately following Byreddy’s victory, Kenny Elliott got Ramapo its second point of the day. He won both of his singles matches against Mason Spottek. The first match ended 6-2 in favor of Elliott and the second one ended at a closer 6-4.

However, those were the only two points that the men’s team gathered throughout the day. The Roadrunners dropped the final four singles matches and all three of the doubles matches. Following a postponement against Hunter College on April 6, the team will look to rebound against Purchase College on Thursday, April 7 at 6:00 p.m..

Ramapo secured its first point of the day in doubles matches. The pairing of Kassie Britt and Melanie Colon-Leon took down Sneha Patil and Maria Jaramillo in a tightly-contested match by a score of 8-6.

The Ramapo women’s team also took home three more points on the day in singles action. In the second singles match, Melanie Brentnall defeated Samantha Luu by scores of 6-2 and 6-0.

Marina Kaiafas recorded Ramapo’s second singles win of the day in a match against Kean’s Jada Mack. Kaiafas dropped the first game 6-2, but was able to battle back and win the final two by the scores of 7-5 and 10-8.

Kassie Britt collected the Roadrunners’ fourth and final point of the day, defeating Patil in a match that also went three games. Britt won games two and three 6-4 and 6-3, respectively, en route to her comeback victory.

The women’s team’s next game will be against William Paterson University. The game will take place on Monday, April 11 at 5:00 p.m..