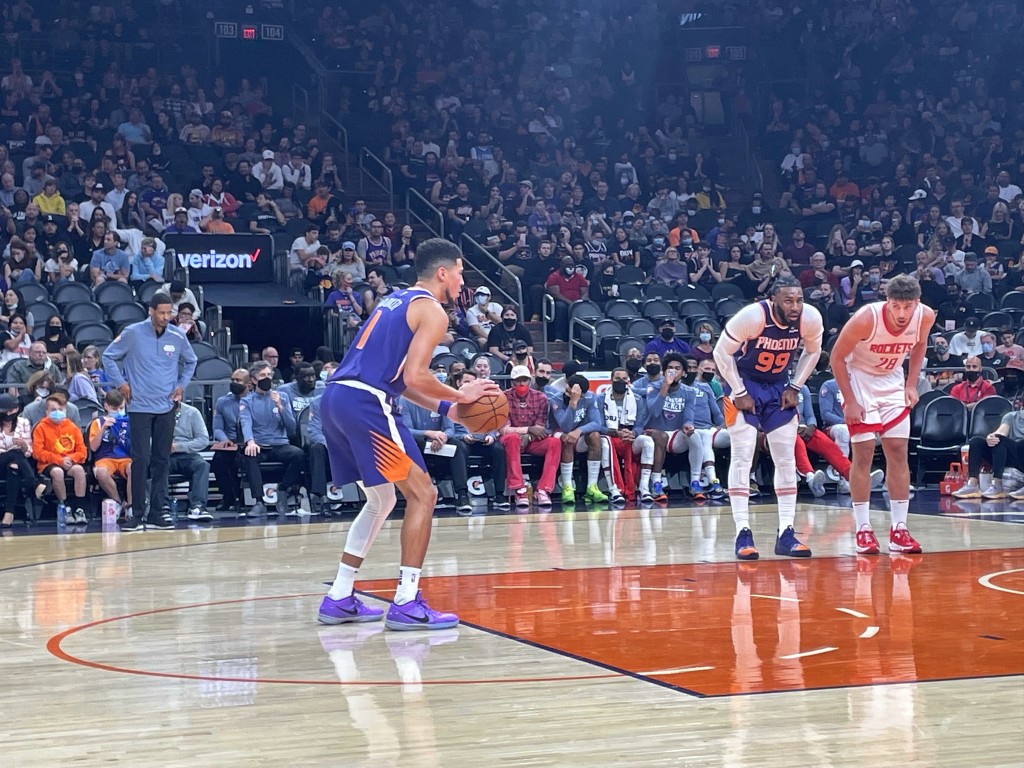 The 2021-22 NBA regular season ended on Sunday, April 10. This final day had quite an impact on the NBA Play-in Tournament and playoffs that are starting to take place. An interesting twist to the tournament is that two teams that were favorites to win it all — the Los Angeles Lakers and the Brooklyn Nets — did not have the expected seasons they were supposed to. While the Lakers did not even make the playoffs, the Nets will have to survive numerous challenging teams — and a play-in game — to get a championship.

The top six teams in each conference have already automatically advanced to the playoffs without the need to play-in. The play-in tournament allows the chance for the teams seeded 7-10 to compete to get into the playoff bracket. The teams that finish seventh and eighth in each conference must join the teams that finish ninth and 10th in a four-team play-in tournament to determine the final two playoff spots. Seeds No. 7 and No. 8 will play a single game, with the winner advancing to the playoffs. The loser plays the winner of the game between seeds No. 9 and No. 10 for the last remaining playoff spot.

The play-in games started on Tuesday, April 12. The Cavaliers matched up against the Nets, and Brooklyn succeeded in taking the victory, 115-108. The Clippers faced the Timberwolves, and in this match-up Minnesota won, 109-104. The other play-in games are set to take place Wednesday night.

The playoffs will officially start on Saturday April 16, featuring the traditional best of seven elimination style. The series are played in a 2-2-1-1-1 format, as the team with home-court advantage — the higher seed — will host game one and two, then five and seven if needed. The opponent hosts games three and four, and then six if needed.

In this year's bracket the playoff teams that made it for the West included No. 1 Phoenix Suns, No. 4 Dallas Mavericks, No. 5 Utah Jazz, No. 3 Golden State Warriors, No. 6 Denver Nuggets, and No. 2 Memphis Grizzlies. No. 1 Phoenix will face the No. 8 seed from the play-in tournament, and Memphis will play Minnesota, the No. 7 seed from the play-in. Other already known match-ups include No. 4 Dallas against No. 5 Utah and No. 3 Golden State against No. 6 Denver.

For the East, the bracket includes, No. 1 Miami Heat, No. 4 Philadelphia 76ers, No. 5 Toronto Raptors, No. 3 Milwaukee Bucks, No. 6 Chicago Bulls, and No. 2 Boston Celtics. In round one, Miami will take on whoever ends up the No. 8 seed after the play-in tournament, and Boston will take on Brooklyn, the No. 7 seed from the play-in tournament. Other known match-ups include No. 4 Philadelphia and No. 5 Toronto, as well as No. 3 Milwaukee and No. 6 Chicago.