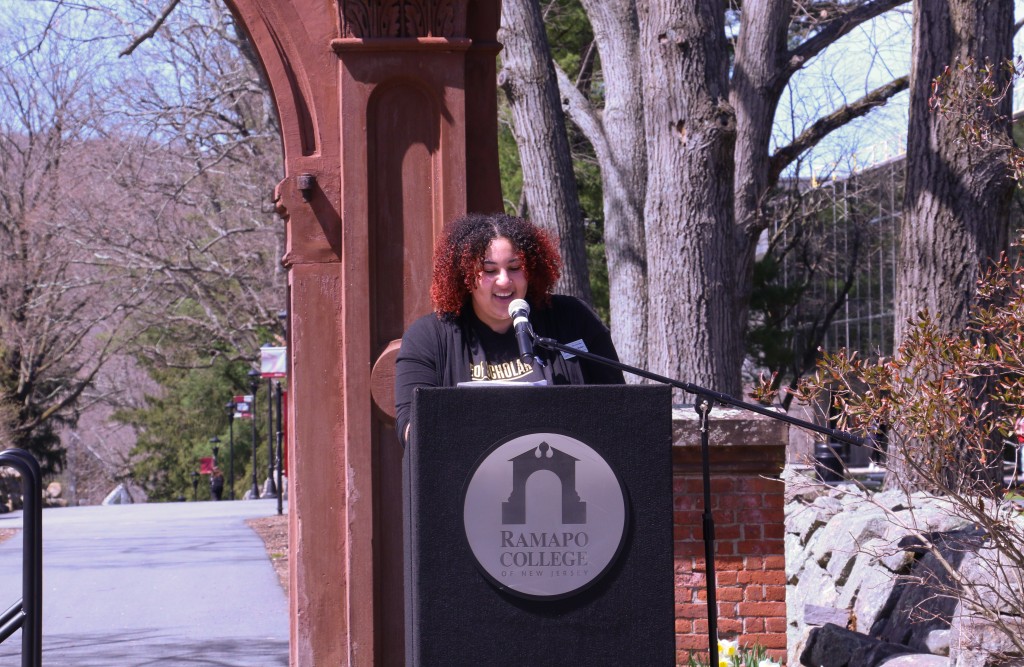 The opening proclamations for Asian American and Pacific Islander (AAPI) Heritage Month and the historic first Educational Opportunity Fund (EOF) Month took place on Monday, April 11 in the Grove. The Office of Equity, Diversity, Inclusion and Compliance (EDIC) and EOF program hosted the events, the final celebrations of the academic year.

Agard said this month was a time to “honor, recognize, and celebrate our community of Asian and Pacific Islanders” and “celebrate the historic first EOF Month” at Ramapo.

Although Ramapo is a primarily white institution, 10.7% of its student body identifies as Asian. Several clubs and organizations on campus, like United Asian Association (UAA) and Naach dance club, create spaces where students can learn about and connect through AAPI-centered cultural programs. The EOF program is crucial for helping first-generation students succeed and find the support they need to pursue their dream careers when it otherwise might not have been possible.

“EOF is an asset, not a deficit. You are worthy. No one belongs here more than you do,” Videla said, referring to the current and past EOF scholars in the crowd.

Jessica Sanchez, a senior and EOF scholar, said the program, to her, is “a promise of hope.” She spoke about her experiences growing up and the opportunities the EOF program has provided her. Her parents were both immigrants from Mexico and she is a first-generation student. Growing up, she never thought she would find the support she needed for higher education.

“Sometimes, it’s hard to believe I made it this far in my college experience,” she said.

Sawyer-Walker spoke about a conversation she had with AAPI students during an event last week that involved the Asian organization clubs on campus and a discussion of Asian-American art and diaspora.

“I was so inspired by our conversations,” she said. “Here, you had so many groups coming together to create a space for students to be themselves.”

A few members of the AAPI community at Ramapo also spoke about their experiences as growing Asian-Americans.

John Yao, associate director of academic advisement, used the metaphor of a rice cooker to describe his experiences growing up as an Asian-American.

“White rice, brown rice, whatever kind you put in, through the pressures and tribulations, you get nourishment,” he said. The “nourishment” he referred to was the kind of values a person learns that helped them become who they are.

Julia Drennan, a senior and member of UAA, spoke about her experience growing up as an Asian-American. She said when she was younger she was known for being “basically white” by her peers and felt embarrassed and nervous to embrace her culture when others seemed to frown upon it. When she came to Ramapo, she said she found a space where she can embrace her culture and no longer have to feel ashamed of it.