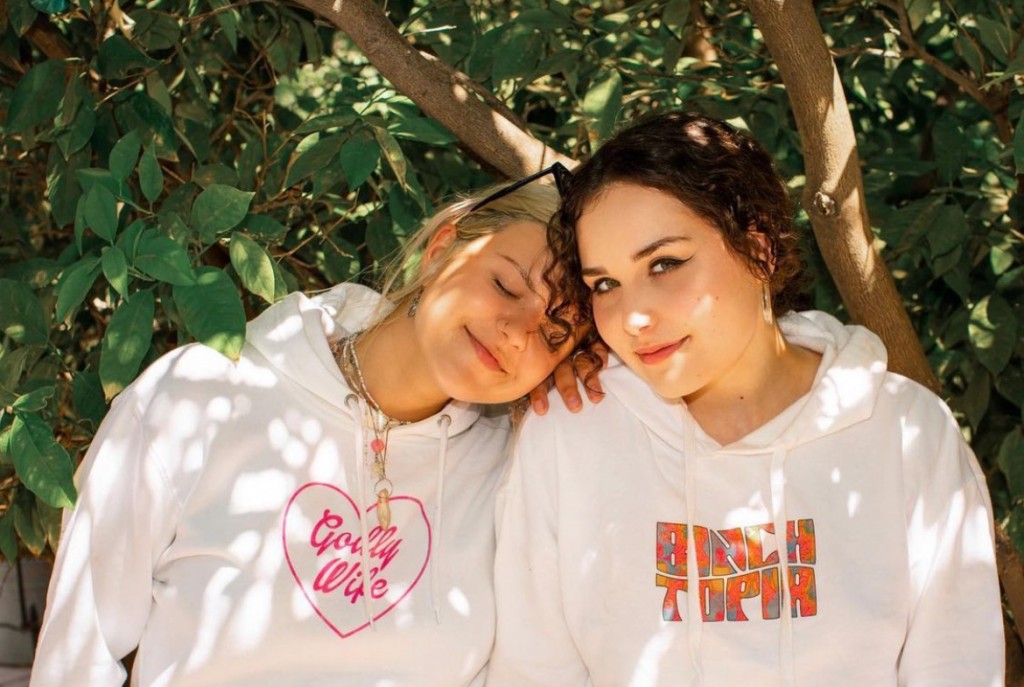 In their April 13 episode, “Bloomingdale’s Singles Club,” hosts of the podcast “Binchtopia” Eliza McLamb and Julia Hava host a researched girl talk about waterbeds and frozen yogurt. Listeners can hardly expect to hear about these topics again in another episode, as neither are even close to what the theme of the pod may be, but what they can expect is more of the unending enjoyment their conversations bring.

Each week is a new topic of interest to the hosts and listeners, who have been dubbed the “binchies,” ranging everywhere from the opioid crisis to the history of beauty pageants, and sometimes just over an hour of chatting. While acknowledging they are never quite experts on the subjects they dive into, Hava and McLamb make an applaudable effort to use good sources and challenge each other's line of thinking.

Both have a variety of their own stories to tell throughout each episode, relating their topic to their interests and anecdotes about family, jobs, college classes and more. While their main gig is podcasting, Hava is currently getting a masters degree in psychology and McLamb is a musician.

The two often joke about the lack of nuance in so many online conversations, most weeks referencing pop culture moments or tweets they saw. Despite this, every episode I’ve listened to has had a refreshing abundance of nuance that is often hard to find from creators with dedicated fan bases who constantly agree.

In a recent episode with a tongue-in-cheek title, “Feminism Is When Women Are Stupid,” Hava and McLamb addressed an issue from their Patreon, a site where fans can pay a monthly subscription to access more content. Hava posted an extra episode in which her guest challenged the concept of the male gaze, and fans were largely displeased, causing them to angrily reply both on Patreon and Twitter.

In response, the hosts posted the episode to remind listeners they are not supposed to agree with everything said on the pod, and that disagreement often yields the most interesting conversations.

From Instagram stories to Apple News, many of us are guilty these days of agreeing with what we read for the simple notion that our friends and phones have no reason to lie to us. But even those we know best, and those we adore most, are subject to misunderstanding and misinformation, so listening to hosts who encourage their fans to disagree has been exciting.

I appreciate storytellers who are willing to be wrong, but also defend the due diligence of the work they produced in the first place. In one episode, “Much To Ink About,” Hava and McLamb discuss the history and culture of tattooing, and more than once acknowledge the potential gaps in the research they reference.

None of this is to say there are no other great podcast hosts out there who know what they’re talking about, but the style Hava and McLamb produce is one I’ve never heard before. The information they talk about is interesting, well-researched and at the same time digestible and entertaining. One moment they’re discussing the problem with over-prescription of SSRIs, and the next laughing over their greatest flops.

While “Binchtopia” is not new on the podcast charts, it’s still gaining its popularity. Their penchant for inside jokes makes listening a community experience, but not once have I felt out of the loop while working backwards through their catalog. Completely the opposite, in fact, from my first listen I have felt I made two new friends who I can’t wait to hear from every Wednesday.