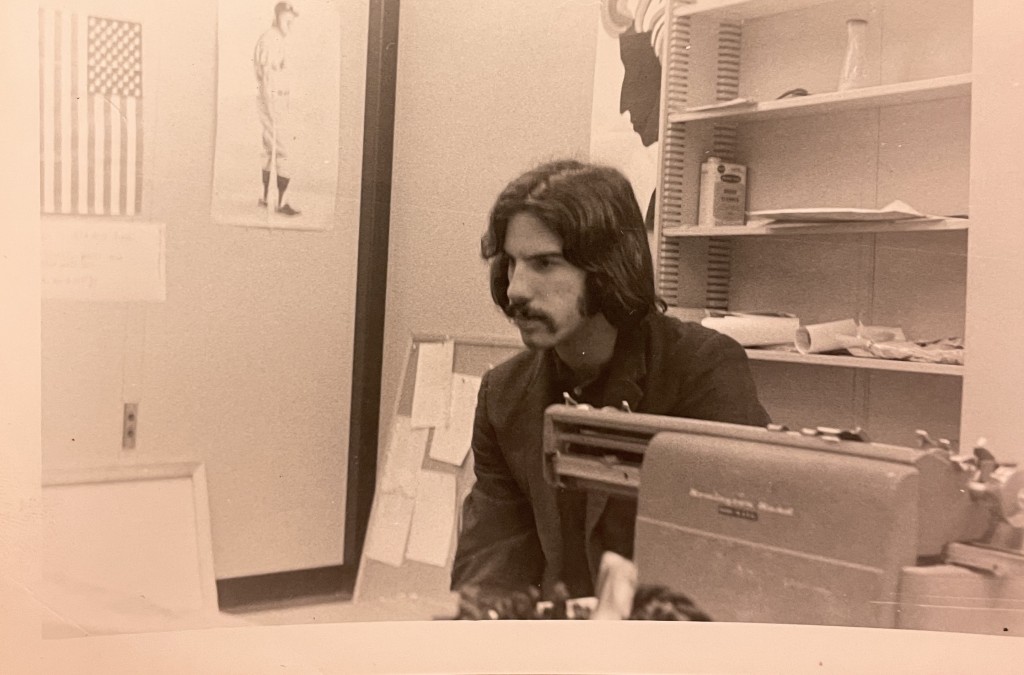 Before the first classes began in 1971, Assistant Dean of Student Activities Ed Henderson invited incoming transfer students to the York Room to found student involvement on campus. He invited Gerry Brennan, who had worked on a different paper at his previous school Saint Peters, to be a part of the first staff at Ramapo’s newspaper.

Brennan, then a psychology major, had been a feature editor before, but in this new endeavor all the staff were deemed equal. Ramapo was attractive to new students for their unconventional methods — Brennan says he and many others were looking for less tight-laced experiences.

“When they started the paper, they didn't want to have a feature editor,” said Maryann Brennan, who also worked on the first staff. She and Gerry Brennan, now married, met at the first meeting in the York Room. “Everybody was equal. Well, you know how long that lasts?”

After a few editions, Henderson said they needed to establish some leadership, and so they met again in the York Room to hold an election. Gerry Brennan recounts the story of running against Gene Lorette and winning a tie-breaking count by just two votes. Thus, “The Paper” had its first editor-in-chief.

The title has its own story, too, of course. Though it changed many times over its 50 years, it began simply as “The Paper,” the one and only.

“We did it for a practical reason. You know, it was because when a paper comes out — any paper — people say ‘Have you seen the paper?’” Gerry Brennan said. “So we said, well, let's just name it, you know, ‘The Paper.’”

Along with students like Tom Langan, a Vietnam vet with a penchant for photography, and Maryann Brennan, who worked as a typist for the paper, and Terry Gwiazdowski, who reported, the first editions were put together. The print was full of editorials, student stories, photographs of the developing campus and even poetry.

“Our saying used to be 'all the news that fits, we print,'” Maryann Brennan said.

Every editor-in-chief establishes their own goals, but Gerry Brennan’s was simple: he wanted it to be interesting. Being that Ramapo was untraditional in its ways then, he felt the publication should be as well.

“The paper attracted everybody. Our staff, we had some good journalists, some very good writers,” he said. “I think we offered an outlet, we were open to everybody. You know if someone wanted to contribute, our door was open. That’s what I was mostly proud of.”

There were, of course, times where he made mistakes, or published risky opinions. The advisers at the time, Don Fucci and Ed Marston, were more hands-off, but professor Roderick Thorpe often provided feedback to Gerry Brennan after print. Articles like a student review of an anthropology class, a delegation’s opinion on just-founded Stockton University and even Brennan’s own editorial on student apathy taught him about shaping the paper.

He graduated with a B.A. in literature and went on to practice law, and even returned to Ramapo as an adjunct professor from 2000 to 2010. He says his days at The Paper taught him a few lessons he carried on outside of journalism.

“I learned a lot myself,” he said. “Ask questions, ask a lot of questions. Be as sure as you can before you write something.”

From the ground up, Gerry Brennan was part of what made The Ramapo News what it is today. Though the processes were different then, his staff spent as much time collecting stories and delivering to print as every other, if not more. Back then, the print was set on lead linotype by an independent publisher that Langan would go to assist weekly.

Matching Ramapo’s unique foundations, The Paper reflected the kind of student body the school was developing. Gerry Brennan says it's important for students to know about the past of school they go to, and the paper they read.