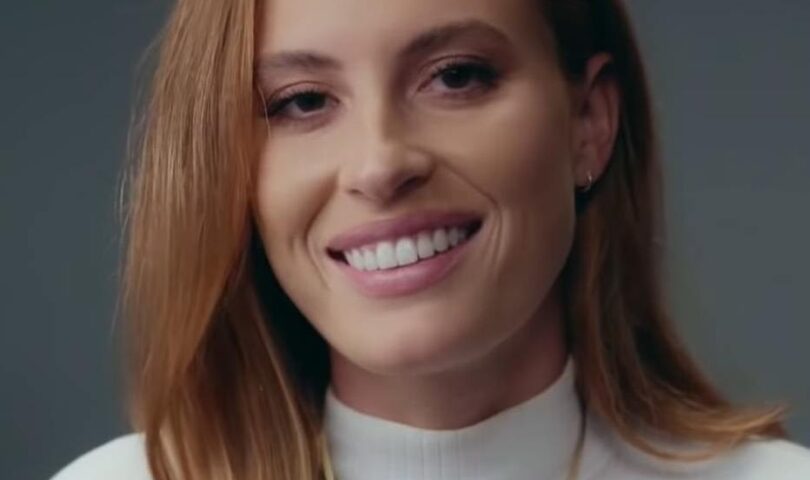 New Jersey native and pop singer Fletcher released her highly-anticipated debut album “Girl of My Dreams” on Sept. 16. Full of heartbreak and queer anthems, the album follows in the footsteps of Fletcher’s previous projects with more cohesion and maturity.

The album is a short 37 minutes, but the 13 songs each brim with vulnerability and boldness. On this album, Fletcher is more open than she has ever been in her music.

“Girl of My Dreams” details Fletcher’s journey of healing after her breakup with YouTuber and photographer, Shannon Beveridge, and she does not try to hide it. Their relationship was relatively public, especially because of their collaboration on the music videos for Fletcher’s 2020 EP “THE S(EX) TAPES,” so it’s hard to ignore who inspired them. The third and fourth tracks, “Birthday Girl” and “Becky’s So Hot,” are the most obvious. She mentions her and Beveridge’s shared birthday with the line “Where are you gonna be on March 18th at 11:59?” and name-drops Beveridge’s new partner.

“Becky’s So Hot” is a standout on the album, which is probably why it was released as the second single. The song is grounded in rich detail, creating a vivid story filled with bitterness and longing while backed by powerful percussion and guitar.

The opening track “Sting” and the fifth track “Better Version” are also notable for their biting vulnerability. Fletcher spends the length of “Sting” backed by a frenetic beat reflecting on why the breakup still hurts for her. Then, the last chorus grows softer when she reveals the truth beneath the song: “But maybe I like the way it stings / It’s all I got left of you and me.”

“Better Version” is the song that stings the most because Fletcher sings about how she and her ex-partner helped each other improve for their next relationships. In particularly clever lines, she shows how both of them were responsible for each other’s growth. In the first verse, she sings “Helped you with the career you were making / Look at you, you’re a star, I’m the reason,” and then she sings the reverse later on in the bridge. These tracks show that Fletcher does not shy away from speaking her mind and sharing her pain.

Fletcher includes a treat for long-time fans in the second track “Guess We Lied…” because she samples “If You’re Gonna Lie” from “you ruined new york city for me,” the 2019 EP that skyrocketed her popularity. While it’s not the most captivating song on the album, it is the best example of Fletcher’s growth and maturation. The song directly copies the lyrics and melody of the chorus, but the verses differ, showcasing a new perspective. Instead of asking a toxic lover to stay, Fletcher is asking for the relationship to end to make it easier. This growth is also evident in the subtle difference in the titles; shifting from “you” to “we” shows she is taking some responsibility for the outcome of the relationship.

While the first half of the album is heavy with heartbreak, the second half changes to focus on Fletcher’s healing and self-love. This is most evident in the titular song “Girl of My Dreams,” where Fletcher subverts the listener’s expectations. Most of the preceding songs on the album have been about other people, but with this song, Fletcher praises herself when she sings “I’m fallin’ for me now” and “I’m the only girl of my dreams.” In the songs that follow, she realizes the merit of being on her own and finds happiness within herself again.

“Girl of My Dreams” is the perfect title for this album because it encapsulates everything Fletcher has learned and experienced through her meandering journey from pain to healing. No other collection of 13 songs could sum up her growth throughout the past two years more beautifully.