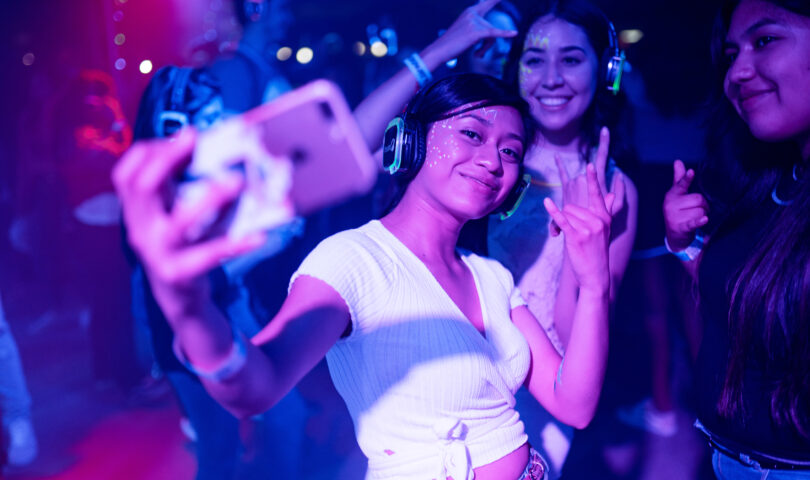 All summer long, teenagers have been participating in a phenomenon known as BeReal. The app, which launched in 2020, gained significant popularity during the last few months for promoting its users to be authentic online. According to Time, downloads “increased 86% month-over-month from June for a total of 7.8 million” with over 20 million users today.

Each day at a different time, the app sends a notification to your phone telling you that “it’s time to BeReal.” The app will prompt you to take a picture with the front and back camera of your phone, then upload it for friends to see. The idea is to literally “be real,” almost a hit at other prominent social media apps that propose other ideas.

Platforms like Instagram and Snapchat have become known to be projections of unrealistic, ‘perfect’ lives. With features like filters, cropping and the ability to post when you decide, every choice is in the user’s hands. You can make yourself look as good as you want when you want, because why would you want to look bad on your social media for all your followers to see?

Most posts on these apps are the best of the best. Sunsets, picnics, birthday parties, vacations…it all depicts fun and adventure. With BeReal, it’s pretty much the opposite. Not that lying in bed and watching television is not fun, but it’s different from what you would usually see on your Instagram feed or in a Snapchat story.

At first, it seemed like everyone was in love with the idea of “being real.” Katie Gratto, a Ramapo sophomore studying elementary education, enjoys the app and says that she “tries to BeReal [and] do it as soon as [she] can.”

But, as time went on, it became obvious that some users were ignoring the notification and waiting until they were doing something they considered fun to snap their picture. For example, if a notification came out around 2 p.m., someone might wait to take their BeReal until they saw their friends around 6 p.m. to make it seem like they were doing something interesting.

Others simply choose to ignore the notification. Ramapo sophomore music education major Seymon Solomon says that usually the notification goes off when she’s at work or doing school work, so she just ignores it.

This summer, my friends and I fell in love with all-you-can-eat sushi. Every few weeks, we’d pick a Sunday and fast the whole day to save our stomachs for the endless platters of spicy tuna and shrimp tempura. Izzi, my best friend, not only saved her appetite but also her BeReal. On those few Sundays, she would not post her picture until the platter was in front of us, because she wanted her friends on the app to see something interesting rather than the usual in-bed selfies.

For those who wait, it has become an ongoing joke that some are doing “Be Fakes.” However, BeReal lets others know exactly how long you waited to post and how many retakes it took for you to get the right picture.

In my opinion, it is not shocking that people have not been real on BeReal. With social media being such a prominent part of social life, everyone wants to seem like they are living the life that everyone else wants. I’m not going to lie, I enjoy posting pictures of me and my boyfriend because who wouldn’t want to broadcast that they’re in a happy relationship? It feels almost rewarding in a way.

But I think that if people were using the BeReal app right, social media could possibly become a more accepting place. It’s no secret that everyone has bad days, so why not show that too? Honesty is a trait I think that we can all say we value, and social media does not have to cloud that concept.

Growing up, I’m sure all of our parents told us not to believe everything we see on the internet, and even with an app like BeReal, we still have to follow that logic. Every day is not extraordinary, so let’s actually be real — bad hair days, stressful school hours and weekends by yourself are completely normal. Maybe if we all portrayed that, we’d have deeper connections, relief knowing we’re not alone and, of course, authenticity.

With all this being said, I don’t think it’s possible for people to be completely and undeniably themselves on social media. Even if they try, not everyone is going to post their real emotions and the real photos that weren’t sent to their friends first for approval. I’m not going to lie, I’m one of those people. As hard as we try, being vulnerable on the internet is something that will never come easy.