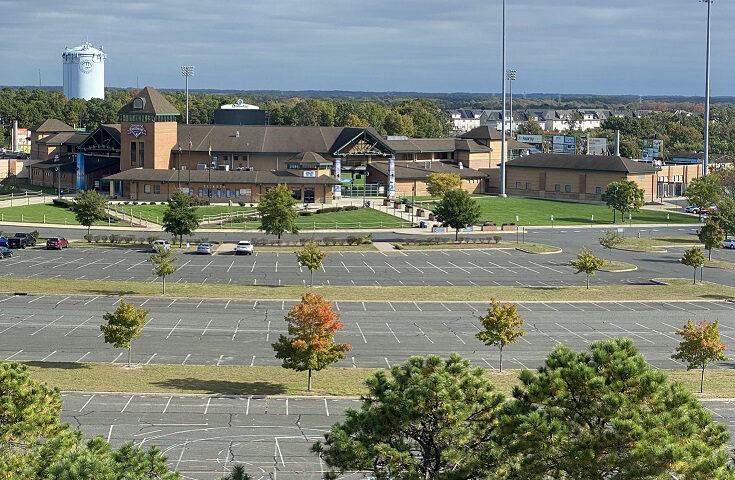 Lakewood Township, located in Ocean County, New Jersey, made an executive decision to cut down trees to dissuade the homeless from gathering.

“[Homeless people] were harassing people, defecating between the cars, and residents were complaining,” Mayor Raymond Coles said, according to the New York Post.

The town received numerous complaints and the police department’s quality of life unit’s best solution was removing trees, according to the New York Post. As a Lakewood native, the solution is deficient. It will not genuinely resolve the main issue: homelessness.

Alexis Mendoza, a 20-year-old nursing major, said, “Now it’s… horrible because homeless people were there and now they’ll be anywhere. Like by the churches or anywhere that has a hooded shelter from the rain. So it kinda just looks like New York. I don’t believe killing the environment was the right solution.”

If the concern was about the homeless, the resolution would focus on them. Instead, they are being kicked out to please the residents of the community. The frustration of the town is understandable. However, helping the homeless would be beneficial to everyone.

Concerns over the aesthetics of Lakewood have been a long-standing tradition. In 2014, Tent City, a homeless encampment, was shut down under the guise of relocating them to temporary housing, according to NJ.com.

Here, the homeless shared a community of their own. It was off in the woods where no residences were nearby, Tent City hindered no one. But with the forced removal, the homeless were only provided a temporary fix. The housing they received was short-term. Lakewood Township did not care to help the homeless. Their priorities were in the removal of the community.

“You’re not trying to fix it, you’re trying to ignore the problem,” said Mendoza, a fellow Lakewood native. “Tent City was in the middle of the woods. You just saw tents while driving, you didn’t know what was going on. What was the purpose? Because now you have people out in the open… sleeping on the streets.”

Erik Varela, a 21-year-old psychology major, said, “They could have done better… if they actually cared about the problem. ‘Cause apparently the only problem they care about is just that there are too many people there, instead of just helping them, you know?”

It is frustrating to see displaced individuals left to fend for themselves. Harming the environment will not result in improvement, it will only brush the issue aside. Lakewood Township is responsible for its residents, including those without a home.

“If they are gonna punish the environment… they could’ve opened up a soup kitchen or helped the homeless in some way, instead of kicking them out and making them feel more bad than they already are,” said Varela, a Lakewood native.

Homelessness is occurring across all of the United States. According to the National Alliance to End Homelessness, there were 580,466 people experiencing homelessness in January 2020. This issue is prevalent in thousands of communities and should not be ignored. Even if just one town actively supports the homeless, change will be enacted.