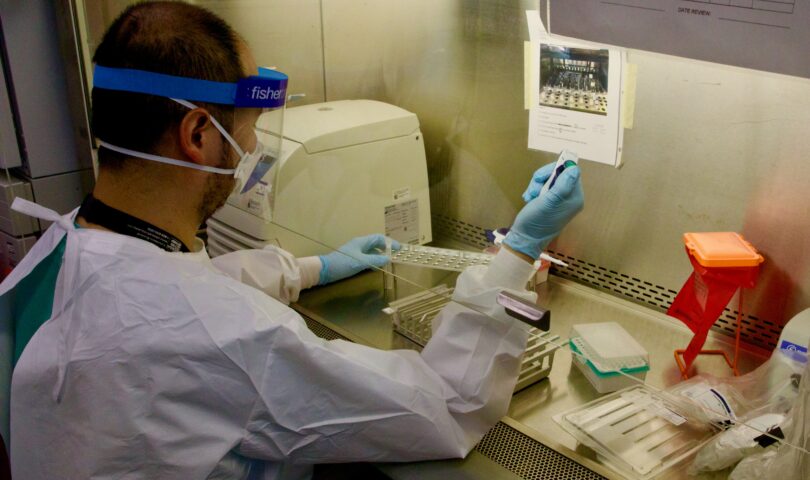 Monkeypox has quickly become a concern after Americans started contracting the virus during the summer, following the first positive case in Boston, Mass. Since then, different colleges across the country have been monitoring the disease, as well as following the Centers for Disease Control Prevention’s (CDC) guidelines for management on campus.

So, should Ramapo College of New Jersey (RCNJ) and its students be concerned about the new virus? Is there a chance the world will experience COVID-19 2.0? Or, is this newer sickness being blown out of proportion at an early stage? RCNJ has already operated through a global pandemic, keeping its students socially distanced in classrooms, micromanaging the life inside its dormitories and rebranding its medical department.

Monkeypox may be a different story, however. There have been a total of 647 positive Monkeypox cases so far in New Jersey, with RCNJ’s home county at 52, the fourth highest county rate in the state. So far, there have been two confirmed deaths in the United States.

According to the CDC, monkeypox can be spread by close, personal contact, such as skin-to-skin touching. That includes coming in direct contact with monkeypox rashes, scabs or bodily fluids from a person with monkeypox. It can also be contracted after touching objects, such as clothing or towels and other surfaces that have been used by someone with monkeypox.

All Ramapo students, both campus residents and commuters, were sent emails from RCNJ detailing their plan for monitoring and following the CDC’s recommendations and the state’s health department in combatting and suppressing the virus. Some of those students, however, shared different thoughts on the level of worry students should have on RCNJ’s campus.

“I don’t really think it’s much of a big deal,” said senior computer science major Joe Tumminia. “To me, I feel as if a small group of people have contracted the virus, so I’m going to continue living my life.”

While the fourth highest rate in the state, Bergen County only has a 10% Monkeypox vaccination rate, meaning the majority of unvaccinated residents have yet to contract the virus. Still, those numbers alone seem to be enough for some to pay attention.

“I wouldn’t say I’m worried about this,” said senior business major Sebastian Pelaez. “We should all be cautiously aware of this virus, and make sure we’re not living in another pandemic.”

The world is still recovering from the COVID-19 pandemic. Millions of people died, businesses were closed down and schools tried their hardest to incorporate a way for young minds to learn from their bedrooms.

Will this happen again? It’s possible, but the chances are slim. The best thing for students to do is, like Pelaez mentioned, be cautiously aware.

Much like the school itself, it’s best for the student body of RCNJ to monitor and follow this virus day-by-day. COVID-19 became a problem due to lack of preparation and knowledge, so it’s best to always be caught up to speed on the closest equivalent threat.

Aside from following it on social media, learning the CDC’s handbook and practicing basic hygiene, college students should stay relaxed.