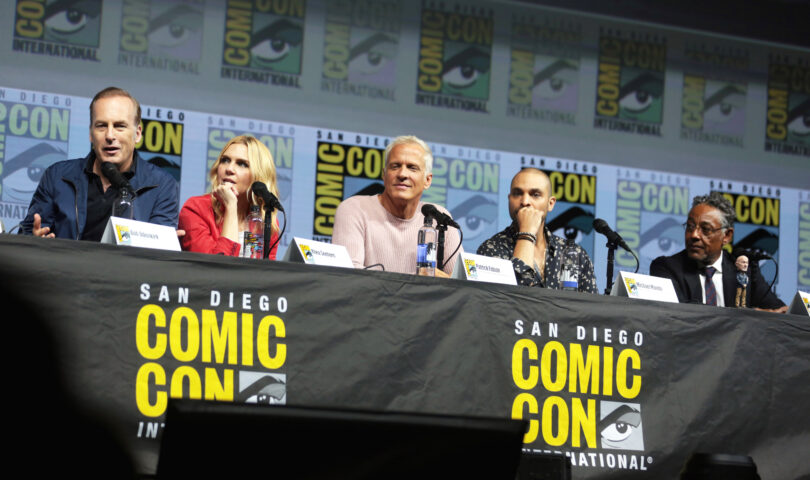 AMC’s critically-acclaimed “Better Call Saul” recently wrapped up its sixth and final season, much to the admiration of its fans. The show’s finale, which aired on Aug. 15, marked the ending of an unforgettable era of television.

While the series stands as a spinoff prequel of the award-winning “Breaking Bad” and features many of the iconic characters from the show, “Better Call Saul” has long since acquired its own distinct identity. Many fans argue that the show, which centers around the story of lawyer Jimmy McGill — or his alias Saul Goodman — has surpassed “Breaking Bad” in excellence.

Affirming the high expectations of fans, the show’s final season delivers on perfectly completing the gripping story the series had so carefully laid out over the past five seasons. The concluding season completes Jimmy’s transformation from an eccentric small-scale lawyer to the vulgar con-man we know from “Breaking Bad.”

The season also explores the events which take place after the events of “Breaking Bad” which had been hinted at through beautifully shot black-and-white scenes throughout the show. The last few episodes, which mostly take place in this post-“Breaking Bad” timeline aside from a few flashbacks, answer all of the audience’s questions which have been building for the seven and a half years the series has been on the air. Some of the answers to these questions include the fate of characters such as Lalo Salamanca, Howard Hamlin and Kim Wexler, in addition to the show’s grand mystery of if Jimmy can keep his identity concealed following the fallout of the events of “Breaking Bad.”

The season also features a number of cameos from “Breaking Bad,” including the fan-favorite duo of Walter White and Jesse Pinkman. One of the cameos in the episode “Waterworks” features Jesse having a conversation with Jimmy’s ex-wife and legal partner, Kim Wexler. The result is the heart-wrenching line from Kim after Jesse asks her if Jimmy is a good lawyer: “When I knew him, he was.” The line perfectly sums up Jimmy’s descent into criminality, and the cameo adds a powerful scene to an already intense episode.

The season provides an extraordinary and fitting conclusion to the series. After Jimmy is caught by the authorities under the false identity of Gene Takovic, he negotiates into receiving seven years of prison time. Right as it looks as though he’s about to accept this sentence, Jimmy offers a painfully honest testimony in front of the court and his ex-wife Kim where he confesses to all his crimes committed during “Breaking Bad” and essentially pleads guilty. By doing this, Jimmy displays to the courtroom, Kim, and the audience of the show that he is in fact capable of changing his ways, proving his late brother Chuck wrong. The series ends with Jimmy behind bars with an 86-year sentence and on the other side of the law — where many believe he rightfully belongs.

“Better Call Saul” offers so much of what fans love about “Breaking Bad” and more. Like “Breaking Bad,” the show centers around a deeply-flawed protagonist who descends from a respectable position in society. Both shows explore the blurred lines of morality. The final season of “Better Call Saul” has provoked avid discussion among fans, each with different interpretations of the show.

The complex themes of morality and the law don’t even scratch the surface of what makes the final season, and the entire show, a must-watch. The dynamic cast of characters, impassioned performances from the actors, the creative and ingenious cinematography and the slow-burning plot all contribute to why “Better Call Saul” will continue to be discussed and praised for decades to come. The conclusion of the show leaves fans eager to see what incredibly-crafted work of art AMC and creators Vince Gilligan and Peter Gould will create next.