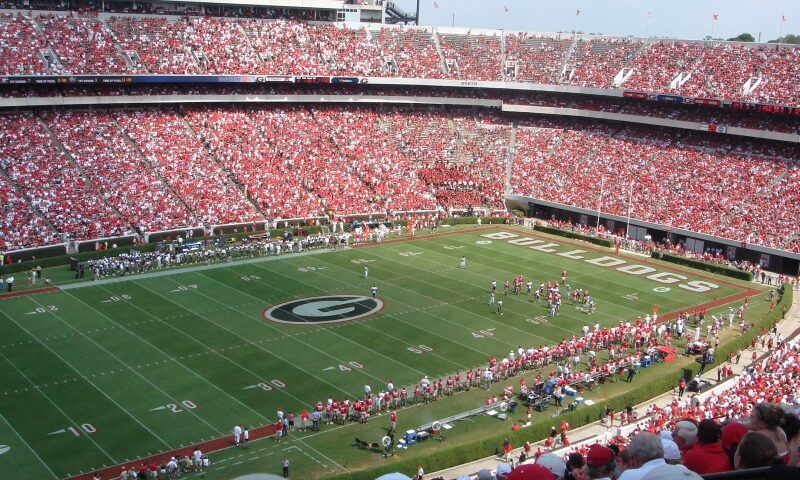 The Alabama Crimson Tide have won six of the past 13 National Championships. Over that span, the team with the second most national titles, the Clemson Tigers, have won two. Alabama has long been regarded as the best program in college football. However, those days might be over.

The Crimson Tide are not the defending national champions. They are not currently ranked as the No. 1 team in the country three weeks into the season. Both of those distinctions belong to the Georgia Bulldogs.

Georgia hired its current head coach, Kirby Smart, on Dec. 6, 2015. Smart was previously the defensive coordinator at Alabama from 2008-2015. At Alabama, he worked under the seven-time National Championship-winner and current Alabama head coach Nick Saban.

Smart lost his first two games against his former boss, including a heartbreaking overtime loss in the 2018 National Championship. The two coaches also faced off in the 2021 SEC title game, with Georgia ranked as the No. 1 team in the country and Alabama as the rare underdog. Despite that, Alabama won 41-24 to capture the SEC Championship. Smart became 0-3 against Saban.

37 days later, the Georgia Bulldogs got their chance for revenge. After Georgia and Alabama convincingly beat the Michigan Wolverines and Cincinnati Bearcats respectively in the semifinals of the College Football Playoff, the two SEC powers were set to once again face off in the national title game.

Georgia quarterback Stetson Bennett threw a 40-yard touchdown pass with 8:04 remaining in the fourth quarter, which gave the Bulldogs the lead. Later, Alabama quarterback and Heisman Trophy winner Bryce Young had a chance to send the game into overtime. However, Georgia cornerback Kelee Ringo recorded a 79-yard pick-six with 54 seconds remaining in the game, which clinched Georgia’s first National Championship since 1980. Smart had finally defeated Saban.

Despite being the reigning National Champions, Georgia was not the country’s No. 1 ranked team heading into the 2022 season. That spot belonged to Alabama. However, after narrowly defeating a Texas team coming off a poor 5-7 season, Alabama dropped to the No. 2 ranked team in the country and Georgia reclaimed the No. 1 ranking.

Many pundits were unsure if Georgia could replace all the talent they lost to the NFL. Georgia set the record for most players drafted from a single school in one year with 15 players selected in the 2022 NFL Draft — including five players going in the first round. So far, Georgia hasn’t missed any of their former players who are now playing on Sundays.

Georgia opened up the season by defeating the No. 11 Oregon Ducks by a final score of 49-3. One week later, Georgia defeated Samford 33-0. This past Saturday, Georgia went into a hostile environment in South Carolina and defeated the Gamecocks 38-7. Through the first three weeks of the season, Georgia has outscored their opponents 130-10.

Somehow, this Georgia team might be even better than last season’s. The reason for that has much to do with Bennett. Georgia has long relied on their defense to be a dominant team. Previously, the Bulldogs would likely emerge victorious as long as their quarterback made good decisions and limited turnovers. Bennett has gone from being a game manager to a clear difference maker. Over his past five games — which include matchups against No. 2 Michigan, No. 1 Alabama and No. 11 Oregon — Bennett has recorded 13 total touchdowns and zero interceptions while averaging 297.8 passing yards per game.

Georgia’s team is filled with former five-star recruits that were among the best high school players in the country. They are also led by a former walk-on in Bennett. The fact that a walk-on can earn and keep the starting quarterback position at a place that routinely attracts the best high school players in the country is a testament to the culture Smart has built at Georgia. With Smart recently signing a 10-year, $112.5 million contract, the Bulldogs are expecting to win several national titles in the near future.