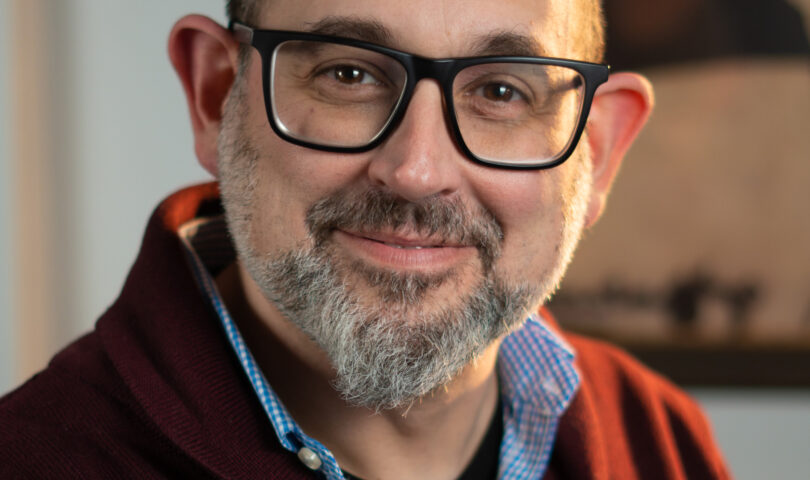 The School of Contemporary Arts welcomes Ken Goldstein, the new dean who began his duties on July 5. In his welcome video, released during the summer, he expressed his desire to meet the students and faculty on campus for his first year at Ramapo College.

“College campuses come back to life each fall, and I find that energy infectious. So, if you’re returning to campus or coming for the first time, I hope we have the chance to meet,” he said.

Goldstein received a master’s in fine arts in set design from Brandeis and a bachelor of arts in drama from Hofstra University.  He is also credited for dozens of national productions and taught arts courses at the State University of New York at New Paltz, SUNY Albany and Hofstra University.

Even with all of his success at other colleges and universities, Goldstein was aware of Ramapo years before interviewing for the dean position.

“Ramapo was put on my radar probably about 20 years ago because someone I used to work for had a connection to the campus,” he said in an interview with The Ramapo News.

He also said he collaborated on and off with Professor Rachel Budin, a lighting designer, for about 15 years. They had discussion about higher education, Ramapo and the institutions Goldstein taught at previously.

One of his friends sent him the job posting for the dean position, and Goldstein thought the job looked incredible, “so much so that [he] sent it to some other people [he] knew might be interested.”

“Then, the more I thought about it and thought about what I knew about the college and some of the things I had been thinking about in terms of making a change and a transition, I thought it was too good of an opportunity not to submit for the position,” he said.

As for his work in set design, Goldstein said the theater had always interested him.

“Growing up, I think that for a lot of teenagers and high school students, most opportunities in the theater were in performance. I never loved performance, but that was the way I got to be involved,” he said.

He shared that he went to college wanting to teach theater history, but his idea of what he wanted to do changed somewhat once he reached campus.

“In a kind of perfect liberal arts experience story, I took this class in design and fell in love with it,” he said. “It sort of brought all of the things I’ve always been interested in terms of theater but also art and architecture and history and gave me such a strong connection to storytelling.”

He felt that he could actively participate in storytelling as a set designer. He has been designing scenery ever since and worked as a freelance designer while teaching, even while serving as an academic chair at SUNY New Paltz.

For contemporary arts students who have not had the opportunity to meet him yet, he said he would “love a chance for people to come by and to meet them around campus and activities going on this semester.”

He also expressed that he is a strong believer in what fine arts and communication arts “bring to a student’s education and to the world.”

As for what he plans to bring to campus as the new dean, he wants to see more interdisciplinary collaboration happen between different contemporary arts majors and programs.

“One of the things that I’m really excited about and interested in, and quite frankly one of the things that drew me to this position, was the opportunity for interdisciplinary collaborations. I hope by the end of the year, we’ll be able to get a little traction moving some of those things forward.”