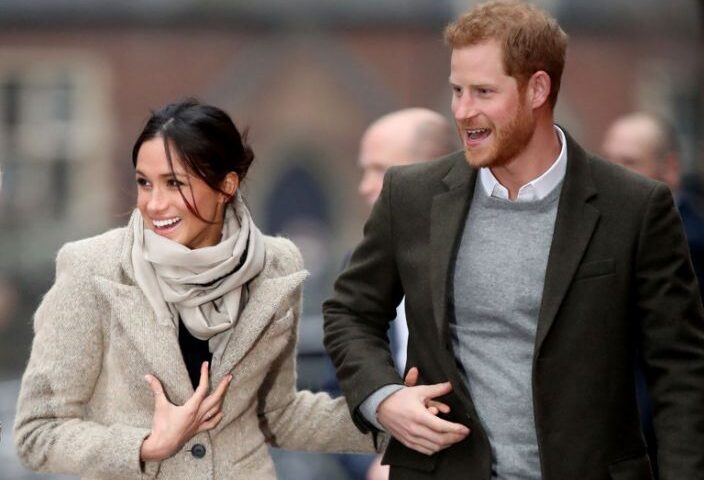 Are you interested in learning about the archetypes that impact those around you? Do you enjoy sympathizing with others over shared experiences? Look no further than Meghan Markle’s podcast “Archetypes.” Each episode, Markle invites a celebrity guest to interview and discuss the archetype or stereotype that has been assigned to them throughout their lives.

For those of you who don’t know Markle, she is the Duchess of Sussex. Before her life as a Duchess, she grew up in Los Angeles. While the idea is still taboo to many British people, Markle is one of fifteen Americans to marry into the Royal Family. She is currently married to Prince Harry; together they have two children named Archie and Lilibet. Before her royal life, Markle was an actress best known for playing Rachel Zane on “Suits.”

In her most recent episode of “Archetypes,” Markle interviews American actress and producer Mindy Kaling. Kaling is well known for her role as Kelly Kapoor in “The Office.” As of right now, she is one of the Executive Producers on “Never Have I Ever,” a Netflix original series.

Kaling is an unmarried woman who has decided to start a family without a significant other. Throughout the episode, Markle and Kaling talk about the “spinster” and “old-maid” stereotype and the fears women may have when it comes to marriage. Kaling mentions that as a teen and young adult, she was desperate for anyone to love her, but as of right now she is alright without a spouse and is looking to build a family without one. They also relate to their shared experiences feeling considered undesirable throughout their childhoods and how that impacted their views on marriage and their need for companionship.

While talking, Markle brought up the “Why me?” spin the media had inflicted on each of them. After her wedding, Markle wondered why she was considered the lucky one and why it’s taboo for her to be married to the Prince. While Kaling isn’t married to a prince, she could relate in terms of her professional and personal life. The media implied that she should have some form of imposter syndrome because she went from being Kelly Kapoor to Mindy Lahiri on a show she created. The idea of “Why me?” was flipped to “Why not me?” In the same way, she explained, “Why am I not the person that got married?” when describing her love life. This is one example of the many complex topics and ideas discussed in the podcast itself.

This podcast is one of my favorites because it is incredibly relatable and validating for me. Markle and her guests typically talk about different stereotypes women face in society, and unfortunately most women can relate to them on a personal level. Markle is good at prompting her guests to speak about their experiences and oftentimes finds a way to relate to them. Another thing that I love about this podcast is their music choice.

The podcast features the song “I AM WOMAN” by Emmy Meli, which sounds almost as a mantra for guests and the listeners to remember. This music in particular perfectly fits the theme of the show, as the episodes feature powerful women who are constantly in a war with their archetypes. The song itself was written for little girls who want to feel confident, but instead ended up inspiring millions of women around the world looking to feel confident and secure in themselves.

All in all, I will be following this podcast and listening in for future episodes. This podcast is well made, sounds amazing and does a great job of educating listeners on women’s issues. I urge you all to check it out!