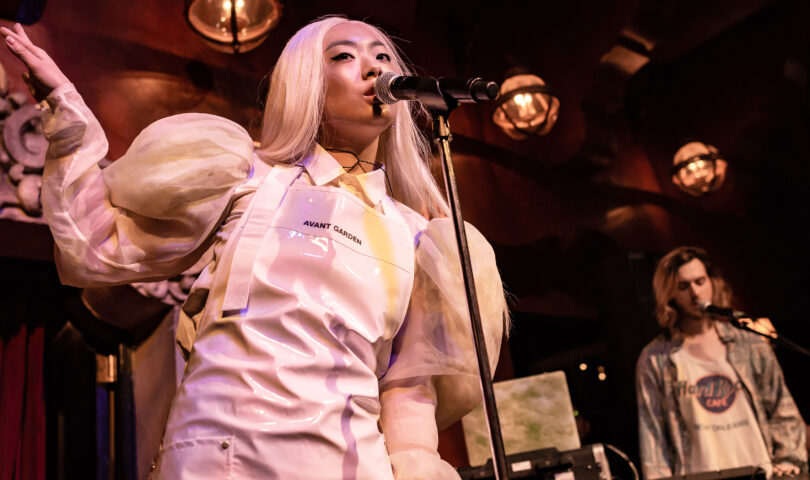 Japanese-British modern pop icon, Rina Sawayama, released her second studio album, “Hold the Girl,” on Friday, Sept. 16. Famous for her fresh take on the genre, Sawayama continues to revitalize pop with her incorporation of atypical instruments and cutting lyricism.

Sawayama has opened up about the personal inspiration behind “Hold the Girl.” Becoming proud of her identity as a queer femme person of color required regaining control of her mental health and self-image. In an interview with queer news site them.us, Sawayama revealed her intention for the album, “I’m trying to infiltrate therapy into pop music.”

Sawayama explained the song bearing the album’s title was written after a productive therapy session. Through self-reflection the singer learned growth comes from embracing one’s past, not smothering it and creating a new identity.

It’s easy to stuff an album with saccharine ditties about self-love, but Sawayama explores the grittier aspects of healing from trauma and accepting yourself.

“Minor Feelings,” titled after the book by Korean-American poet Cathy Park Hong, draws on Sawayama’s experiences as a Japanese immigrant. The song is barely two minutes long, but its brevity does not diminish the beauty of its reverberating acoustics or its message. Lines like “All my life, I’ve felt out of place” and “All these minor feelings / Are majorly getting to me now” summarize the struggles of being a marginalized minority.

“Forgiveness” explores the complicated nature of grudges. Sawayama sings, “Sometimes I blame you, sometimes I don’t / Sometimes I flip so fast, I don’t know.” A hearty drumbeat gives the impression that even the backing instruments are filled with rage and grief. At the end a bell tolls, bringing to mind themes of absolution and divine judgment.

It isn’t the only song that utilizes unique sounds to evoke clear imagery. “Catch Me In The Air” opens with pan flutes and synths, setting a fairytale scene for the commemoration of the magical bond between the singer and her mother. Sped-up vocals in “Imagining” create a manic vibe that supports verses about the vicious cycle of mental health issues spurring self-destructive behavior, which in turn worsens one’s mental state.

Most of the past wounds “Hold the Girl” explores were inflicted by homophobia rooted in religion. Members of the LGBTQ+ community who felt a need to hide parts of their identity due to beliefs that were forced upon them can relate to “Holy (Til You Let Me Go).” Sawayama cries out in the chorus, “Found my peace when I lost my religion.” This sentiment is true for many people whose childhoods were defined by fearfully following righteous authorities and despising their own perceived impurities.

“This Hell” puts a new spin on the same theme by dressing it in country-pop exuberance. As soon as the beat drops and Sawayama breathily bids “Let’s go girls,” all righteous anger turns to jubilation. It joins the ranks of “MONTERO” by Lil Nas X as an anthem of queer liberation.

From grief to joy to sorrow, the album runs the emotional gamut. “Send My Love To John” is sung from the perspective of Sawayama’s friend’s mother, who struggled to accept her son’s sexuality and partner, John. The singer apologizes for using faith as an excuse to criticize. This track is the most likely to jerk tears because it expresses what every queer person who grew up with unsupportive family members wants to hear. A review from The New York Times called it “a fantasy of compassion, understanding and acceptance.”

Overall, “Hold the Girl” is exactly what the modern pop scene needs. It pulls no punches and offers a song for every mood. Artists like Sawayama are building communities that welcome anyone who has felt the need to hide and inspires them to shine.