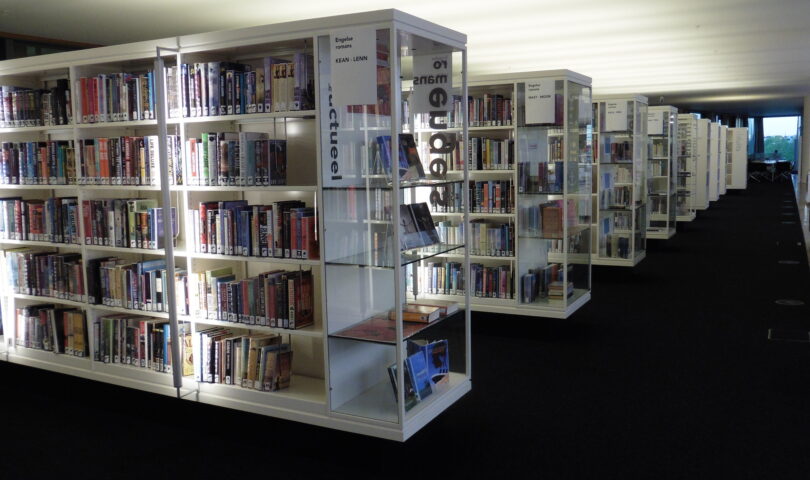 Across the U.S., authors are being silenced and students are kept in the dark. Experiences meant to build inclusion and support are now being brushed under the rug because American school districts are banning books deemed “harmful.”

The number of banned books has increased to over 2,500. In the previous year, the total was 1,648 across 32 states, according to The Guardian. The quantity is accelerating with no end in sight. 40% of these books involve main characters who identify as people of color, The Guardian said.

Kiely Paris-Rodriguez, 20, a double major in political science and psychology, said, “I see this being an issue for younger students since lack of representation means a greater acceptance and internalization of stereotypes — both those that seem positive and negative.

“I also believe this will lead to decreased cultural knowledge and a diminished ability to empathize with those who identify with different groups from one’s own,” she continued.

The erasure of cultures and ethnicities decreases the knowledge of the incoming generation. If a student is from an ethnic background, the lack of representation will negatively impact their perception of their personal identity. Relating to characters who look the same as the reader removes the feeling of isolation. This act of censorship is selfish and inconsiderate as it actively backtracks to the “old” America, where racism and discrimination were widely tolerated.

The personal agenda of the groups targeting these books is clear as day. It is disturbing that they would allow it to seep into the education of future generations of the United States. Students should have the opportunity to think for themselves and construct their own opinions and beliefs. This active obstruction can only damage that potential.

While I was growing up, there was little to no representation of Latinx-identifying women, nonetheless queer women. During bookstore visits, all the reading options would present characters with fair skin and straight blonde hair. The mirror never reflected that back and this caused me to develop a beauty standard I did not fit into. Relationships in books were strictly between men and women and caused me to reject the possibility of liking someone of the same gender. If those identities had been portrayed, the confusion and personal experiences would have been less daunting.

Children, teenagers and young adults need to see characters who look like them in books. Representation is crucial to understanding how far and wide they are capable of going.

“Gender Queer: A Memoir,” written by Maia Kobabe, has been banned from school districts and has caused controversy. The graphic novel focuses on the author’s journey of gender identity and sexual orientation throughout eir life. South Carolina’s Republican Gov. Henry McMaster believes it should be removed from all libraries after labeling it as “sexually explicit” and “pornographic,” according to The Guardian.

His response is maddening and widely received disapproval.

“There are children that are going to experience similar things and it can be helpful to see from a young age that they are not alone,” Magyarosi said.

Gov. McMaster is the epitome of the majority. He is a Caucasian cisgender man. His experiences have not been diminished by his identity. Thousands of individuals across the U.S. cannot say the same. Their background and identities affect them daily. Ignorance does not allow people in the majority to understand how targeted BIPOC and LGBTQ+ individuals are.

Representation is crucial for all backgrounds and it is vital to the education system from K-12 to collegiate levels. If colleges obstruct textbooks addressing erased history, the truth will wither away. Clear pictures of the actual past of the U.S. are taught in higher levels of education. Books containing knowledge corresponding to historical events and crises must be exposed to students.

The witch hunt against books with representation cannot continue. The individuals hiding behind groups must be stopped. School districts must object to the book bans. There is a bigger picture being ignored and future generations should not have to pay the price for it.

“One, parents do not want to be publicly labeled as someone who upholds outdated ideas (i.e. avoiding scrutinization). Two, groups are the response to the politicization of book banning and it is easier for those involved in a group to remain under the radar,” Paris-Rodriguez said.