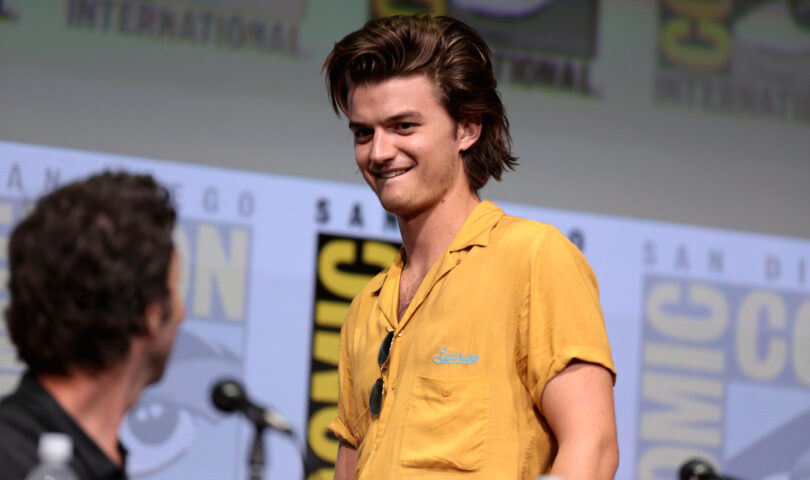 Coming back strong with his sophomore album “DECIDE,” Djo also known as Joe Keery, proves just how strong of an artist he really is by producing a heartfelt and stunning piece that symbolizes an end to his youth and what the next chapter of life will bring him. The album ultimately serves as a reflection of what his 20s were like and what’s in store for him as he enters his 30s. Growing up and leaving  your younger years can be daunting, but Djo eases our minds by allowing us to go through the motions with his music and take us on the same journey he’s going through.

Following the success of his debut album as a solo artist, “Twenty Twenty,” Djo has had quite the musical journey. Djo originally joined psychedelic rock band Post Animal and was one of the main guitarists and drummers for the group in 2015. Later, he joined the hit Netflix show “Stranger Things” in 2016, which is when the band slowly started to rise to popularity  because of Keery and his portrayal of 80s teen, Steve Harrington.

Djo ultimately decided to leave the group due to acting commitments to the show and as of 2019, he decided that year to go solo. After releasing singles like “Chateau (Feel Alright)” and “Roddy” under the pseudonym “Djo,” he began to explore the genre of psychedelia and released his debut album, “Twenty Twenty” in late 2019. One tour and two years later, the rebirth of Djo is upon us and is a force to be reckoned with, bringing a creative spark to the music industry and offering his talents to the world. I’ve been a fan of his since 2016 and I can safely say that this album encapsulated perfectly what it’s like to be 20 and growing up in today’s world.

The album feels like a goodbye to his past self and the growing pains that go with life, which is why I like this album so much. It’s one of those feel-good albums that you can listen to anywhere, but it’s also one where it’ll make you reflect on everything you’ve ever known to be true about yourself.

Djo initially released two singles ahead of the album’s release, “Change” and “Gloom,” which are two of the best songs from the entire project. While “Change” primarily focuses on a more positive outlook on a person’s future and accepting the change that comes with growing up, “Gloom” takes a different approach and is more focused on the things Djo hates. Between hating his friends girlfriend to the never-ending friendship he’s been in with this girl, he has a lot to hate and has no shame in telling us how he really feels.

On Sept. 16, “DECIDE” finally released at midnight and I immediately gave it a listen. Anything Djo puts out is a hit, but this album shows the progress he has made since “Twenty Twenty.” I thoroughly enjoyed it during the first listen and already started to claim songs for my own because of how great it was from start to finish. “Figure You Out” has such a great vibe to it and left me replaying it over and over again. Between his smooth vocals and groovy background music, Djo formulates perfectly what it’s like meeting someone new and trying to figure out who they are, whether it’s strictly on a friendship level or leading to something more.

Another one of my favorites was “Half Life,” a song that focuses on the two personas he has and constantly questioning whether he likes himself as a musician or who he is as an actor. It’s very relatable because we aim to please everyone instead of ourselves and doing makes us happy.

“DECIDE” is an album that needs the attention that it graciously deserves. It speaks truth into what many 20-somethings are feeling about getting older, friendships dying out and growing into the person you were meant to be all along. He’s letting us know that it’s okay to fear our future, but to also embrace it when the day finally comes. Heartbreak and change is something Keery knows too well and is willing to pour his heart into the music he produces to let his audience know this. “DECIDE” is hands down my favorite album of his and I have never enjoyed an album more than I do now. Songs like “On and On” and “End of Beginning” show a slow progression of life going in a never-ending cycle as we come to terms with growing older but never forgetting where we came from. The Chicago-based artist did a phenomenal job in capturing the essence of wanting to hold on a little longer to your 20s and it’s that detail that I loved the most.