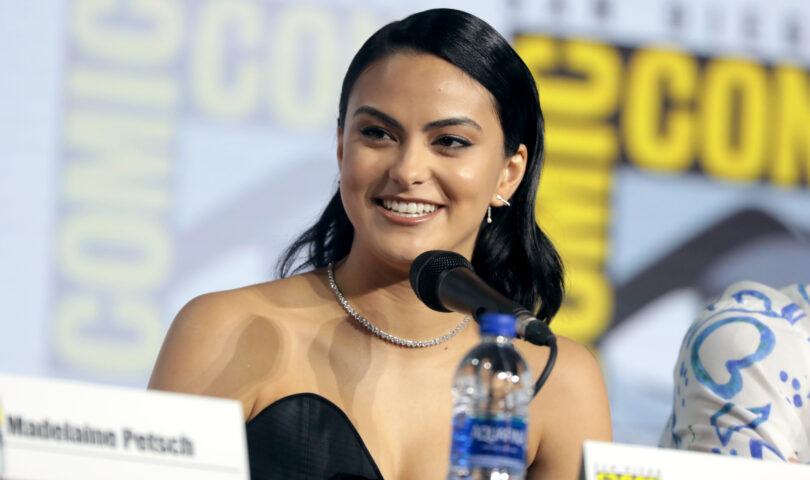 Netflix is no stranger to teen movies, but many of their attempts have gained notoriety for the bad acting, stilted dialogue and cheesy storylines. With movies like “The Kissing Booth” in 2018, “Tall Girl” in 2019 and their ever-multiplying sequels, genuinely compelling Netflix teen movies seem to be few and far between.

Enter “Do Revenge,” Netflix’s campy new original movie that was released on Sept. 16. With a star-studded cast, including Camila Mendes of “Riverdale” fame and Maya Hawke from “Stranger Things,” there is surely something to draw everyone in. Whether they get you to stick around until the end is another story.

The movie follows Drea (Mendes), a popular girl who attends a private school on scholarship, dealing with the aftermath of a leaked sex tape. She teams up with Eleanor (Hawke), a new student at Rosehill Country Day High School, to take down their respective enemies: Max (Austin Abrams), Drea’s ex-boyfriend who she assumes leaked the video, and Carissa (Ava Capri), a girl who bullied Eleanor when she was 13 years old for coming out as queer.

The best part of the movie for me was the palette. The film is saturated with color, flaunting pastels and bright colors wherever the camera moves. Even the school bathroom had pastel pink walls with teal stalls that put all real school bathrooms to shame. Even when the plot started to go astray, those elements remained consistent through the costume and set design and kept the movie afloat.

The costume design was stunning. The uniforms were pastel green and purple instead of the expected navy blue or gray, an unusual but welcome choice. The outfits the characters wore outside of school were even more eye-catching with loud colors, fun patterns and glamorous metallics that left me wishing I could raid the costume rack.

Above all else, the movie is fun to watch. Many hijinks ensue throughout Drea and Eleanor’s quest for revenge, including busting Carissa’s on-campus drug garden by drugging the entire senior class at a school function and revealing Max’s infidelity by mass-texting incriminating screenshots to the entire school. Even though some plot points may be a bit exaggerated or unbelievable, I think that’s the point. The drama makes the movie enjoyable and amusing and keeps the audience engaged.

Another part of what makes “Do Revenge” a successful teen movie is the homage it pays to its most beloved predecessors from the 1990s and 2000s. It takes iconic aspects of movies like “Mean Girls,” “Clueless” and “10 Things I Hate About You” and adds a modern spin to them. The movie mirrors the scene in “Mean Girls” when Regina George causes chaos by leaving photocopies of the burn book’s pages throughout the school, the paintball fight scene in “10 Things I Hate About You” and even the preppy plaid clothing and Cher’s fluffy pink pen from “Clueless.” It’s fun for the audience to recognize these elements.

The major downfall of “Do Revenge” occurs as it moves into the third act. They set up a wonderfully shocking plot twist where Eleanor reveals she has been tricking Drea the entire time and was actually getting revenge on her. But they disregard this betrayal when Max reveals that he leaked the video, and Drea and Eleanor team up again to take him down. I found the plot twist an extremely intriguing path for the movie to go. Seeing it revert back to the safe route was disappointing.

I also didn’t love that the movie glossed over Drea and Eleanor’s questionable actions throughout the movie to frame them as triumphant protagonists. Even though Max is clearly the villain, Drea and Eleanor are still morally-gray characters who perform some vile actions out of spite and vengeance, which should be fully acknowledged in the ending. It’s possible to find ways to keep the audience rooting for these characters without completely ignoring or erasing all of the bad that they’ve done.

“Do Revenge” truly takes the viewer on a rollercoaster. Full of satirical humor and jaw-dropping twists, it is one of the most entertaining movies I’ve watched in a while, even if the ending is a little underwhelming.