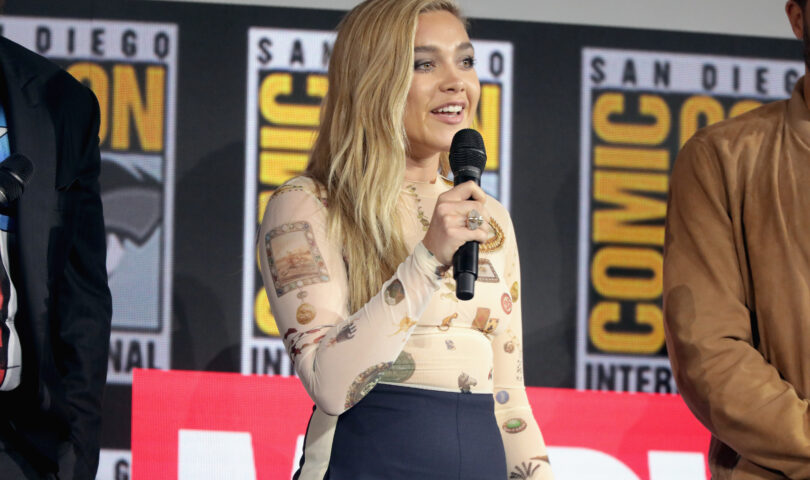 Being at the forefront of Hollywood gossip since its announcement in late 2020, “Don’t Worry Darling” finally hit theaters on Friday, Sept. 26, and its attention has only grown – not necessarily for the better. The romantic thriller is actress and director Olivia Wilde’s sophomore film, following her successful 2019 comedy “Booksmart.”

Set in a 1950s utopia called Victory where clean cut husbands leave their housewives and children every day for their top-secret jobs at the Victory Project, one wife – Alice, played by actress Florence Pugh – begins to question the twisted “perfect life” her husband – Jack, played by heartthrob singer Harry Styles – has provided for her. Once Alice gets too close to the truth, the people of Victory, including her husband, begin to deter her from discovering and escaping their chilling secrets.

The film had the potential for great success. It had an interesting plot set-up and handful of starring roles, but those were not enough to make it a remarkable film. From the moment the cast was announced, “Don’t Worry Darling” has undergone a notorious amount of praise, backlash and theories, which likely contributed to its downfall.

Perhaps the biggest buzz surrounding the film is its leading man, former One Direction member and current king of pop music, Harry Styles. Casting Styles felt more like a marketing strategy rather than a decision made on talent.

In 2017, Styles took on his first supporting role in the war film “Dunkirk.” His acting was not spectacular, but for a small role, he did very well. The stakes are higher in “Don’t Worry Darling” and the role of Jack demands attention to detail and on-screen chemistry, which I sadly did not see too much of.

His work was good, but when you are performing beside powerhouse Florence Pugh, one of Hollywood’s most talented rising actresses, good isn’t enough.

Pugh, undoubtedly, is what held the film together. She effortlessly portrayed all of the complexities of Alice, yet the character still felt underdeveloped. Her scenes were captivating, but surface level in comparison to her breakout role as Dani in the 2019 cult horror film “Midsommar.” Pugh overcame great challenges as an actor when playing Dani, whereas her role as Alice seemed completely obtainable for her.

However, even with the evident gap in talent, I do think that Styles and Pugh created compelling tension that pushed the film forward. Each spouse had their strengths, and Jack’s was being an attractive and desirable man. Because of this, I believe Styles was a strong casting choice.

Clean cut, charming, physically and emotionally engaged with his partner, currently the most desired man in the industry – it was smart to make a villainous character one that so many are incredibly attracted to. Having Styles play this role definitely made it difficult for viewers to separate the person from the character, and that further strengthens the theme of not allowing men to take advantage of women, even if he is seemingly perfect.

Jack is a sorrowful man seeking control over his wife in order to feel better about himself. This is revealed at the chilling height of the film with a twist that allowed Styles to execute his dramatic acting skills. This portion of the film alone made the prior prolonged scenes worth it.

The film excels in questioning the topic of consent in regards to saving someone who never asked for intervention. However, once the movie began to redeem itself, it rushed towards the end. Sure, some things do not need to be drawn out to be effective, but we were robbed from lingering later on to further empathize with the protagonist.

“Don’t Worry Darling” is certainly a film that I am glad I saw, but I wish it was so much more. Most of the dramatics felt predictable, and the characters were subpar. The excessive behind-the-scenes drama prevented the film from being truly meaningful. Perhaps if there was more time spent on this film and both the actors and writers spent more time with the characters, “Don’t Worry Darling” could have been one of the year’s top psychological horror films.