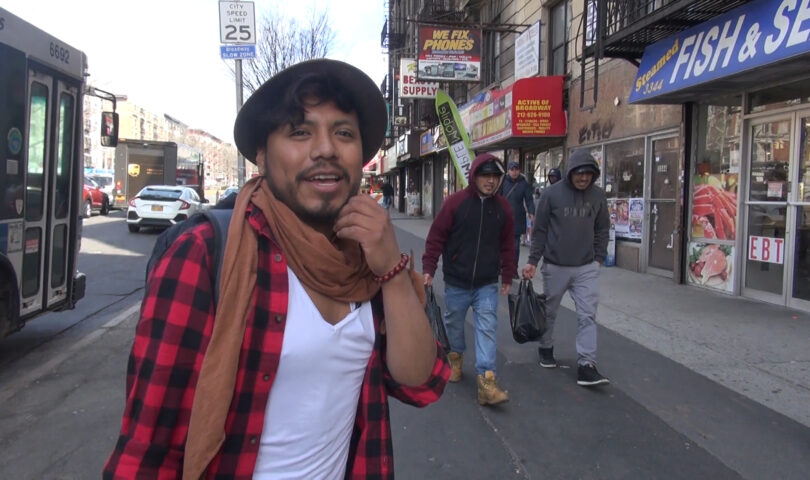 On Saturday evening, the Berrie Center had a showing of the documentary film “Tertulia!” as a way to kick off Hispanic-Latinx Heritage Month in an entertaining, upbeat way. This magical storytelling event started with a documentary screening that told an inspiring story of a Latin American man that leaves his hometown to travel to America and connect with a kindhearted pastor, Father Fabian Arias, who gives him refuge. Then, it continued with Mate Amargo who joined the stage with their traditional Argentinian folk music and tango dancers. This show, unlike other shows at the Berrie Center, had me interested and intrigued the whole performance. I was constantly wondering what was going to happen next and if they would take their performance to the next level.

The documentary that was shown was insightful and shared a story with the audience that I do not believe people have seen before. The documentary went into full detail of what it was like for Hermes, a young Latin American man, to leave his hometown in Mexico and come to the United States illegally with no one to help him or show him what he was supposed to do.

It was a little confusing at times because it was in Spanish, which is not my first language, but it had easy to read subtitles that got the main point across and kept you going along with the story. I liked how it not only focused on the journey of the one man but also others in his church’s community that struggled when they first came to this country for refuge and had no idea what they were doing. Overall the documentary was an eye opening experience with an excellent story that helped shed light on the immigrant experience, especially as a member of the LGBTQ+ community.

Shortly following the documentary, Father Arias took the stage to talk a little bit more about the documentary, which I believe added a more personal experience to the performance and gave the audience a chance to get the story from his perspective. He then introduced Mate Amargo, who played traditional Argentinian folk music

The band itself played very well and impressed me with how many instruments each of the members played and how skilled each of them were. I did however have a few issues with the way they presented themselves in the performance how long it was.

As much as I enjoyed the music, it felt as if they were playing the same song and notes over and over again with a slight variation of tune. I think that if they cut it a little shorter, the performance would have been a little better. In addition to the traditional folk music that they played, they also had breathtaking tango dancers that interacted seamlessly with the music. The tango dancers were on point with music and interacted with the notes in a way that made you understand the Latin American culture a little more. The combination of the folk music with the tango dancers was a mind-blowing experience that had me wanting more.

Overall, “Tertulia!” was a great experience and I would recommend it to anyone who wants to expand their cultural palette or even create a better understanding of immigrant culture. While it was an entertaining experience, I felt as if it was also an educational experience that taught me more about a culture that really is not recognized or acknowledged, and it helped me learn more than I had known prior. Aside from the few issues I had with the performance, I would definitely see it again.