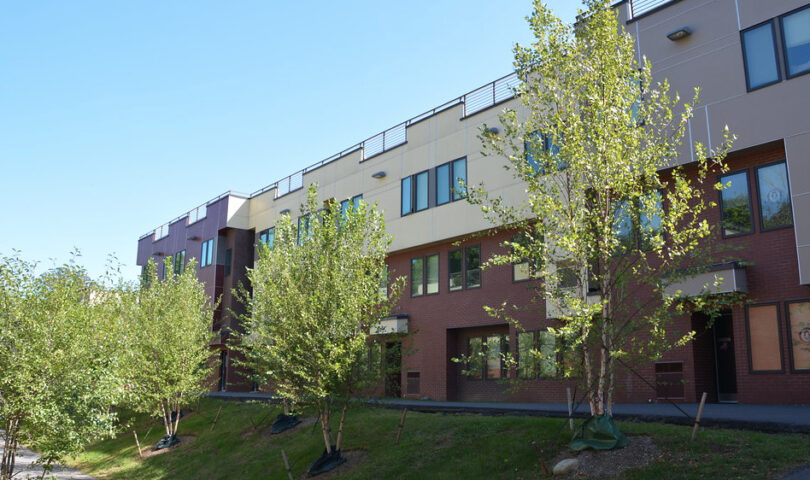 Niche.com, a site that provides statistics and reviews on colleges and universities for potential applicants, recently ranked Ramapo’s dormitories 27th on their list of the 2023 Best College Dorms in America.

Ramapo is unique in several areas when compared to typical trends in college dorms.

The first is price.

The price tag, say students, deters many from living on campus. In 2021, only 34% of Roadrunners lived in college-affiliated housing –  2% less than the average for public four-year institutions.

Senior Anthony Grant only lived on-campus during his freshman year. He said he “found it a lot better to commute” even though the drive was an hour long, simply because of the expense of living on campus.

Not everyone who can afford to live on campus finds it worth the cost. One review from an alum on Niche stated, “The dorms on the inside are very nice at first glance, but when you live there, you actually see how run down things are.”

Several current students agreed, particularly those who experienced Pine Hall before it closed.

Senior Eron Eden recalled how one roommate dealt with a moldy mattress.

“He reached out [to Residence Life] the day he found it, and they didn’t get back to him until the next week. They tried to put a new case on the mattress instead of just taking the mattress out,” Eden said.

Sophomore Sarah Chavan-Janke is a member of the Educational Opportunity Fund who lives on campus all year. During the summer of 2022, they lived in Pine Hall and worked as a supplemental instructor (SI), a job that had much overlap with resident assistants (RA).

“I can see why they closed it. Everything was falling apart,” Chavan-Janke said, considering the “huge bug problem.” Chavan-Janke also said there was  mold, water damage and infrastructure issues.

In addition to Pine Hall, Chavan-Janke has lived in Bischoff Hall, the College Park Apartments (CPAs) and Laurel Hall. Overall, Chavan-Janke said the experience was pleasant, but when she moved into the CPAs the stove and carpet bore stains and grime that no amount of elbow grease could remove.

Sophomore Gabriella Luque experienced her own bug battle during the two semesters she spent in Mackin Hall. Her attempts to bring the ladybug infestation to Residence Life’s attention were in vain.

“I would ask for help / advice on what to do about my room and they would advise me to just vacuum the dead ones,” she stated.

Problems with living situations can also influence academic performance, students said. For instance, unstable Wi-Fi might prevent an assignment from being handed in on time, and health threats might force a student to miss class.

However, Ramapo’s dorms unarguably rank higher than the competition. Their advantages were summarized in another review on Niche: “All dorms have bathrooms, Air condition[ing], heat, microwaves, and fridges inside the rooms. There[‘]s NO communal bathrooms, which is a big plus when looking to live at School.”

Luque does not regret her decision. “I think Ramapo is a great place to dorm, however, I think if they improved… their maintenance and electricity many students would feel more comfortable.”

Chavan-Janke agreed. “I have had the pleasure of visiting other dorms… and compared to those, our dorms are 12 times better. We have much more space.” Her main suggestions for how the dorms could be improved included providing consistent Wi-Fi access and hiring more general maintenance staff.

Residence Life was not available to comment at the time of this article’s publication.