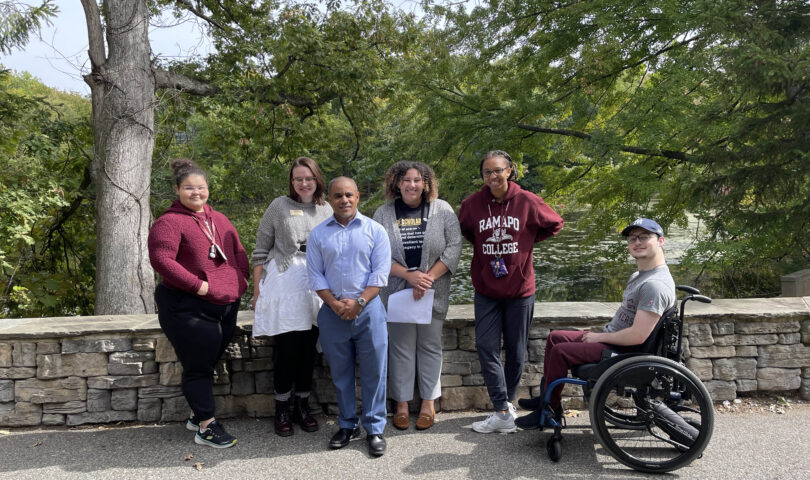 Students gathered at the Grove and offered their unique perspectives throughout several group discussions. In honor of Latinx Heritage Month, topics included identity, comparing and contrasting Hispanic and Latinx as labels and the historical mistreatment of the BIPOC community.

Senior Cristina Navarrete-Carpizo was an enthusiastic participant. “[Events like this one] are important because you get to promote health while walking and also talking about different parts of intersectionality, in this case Latinx,” she stated. “Even if you are not part of this specific intersectionality, you get to hear different points of view regarding the different issues.”

Perhaps the most serious subject discussed was police brutality. CNN reported over 2,600 Latinx people were killed by police from 2014-2021. The article acknowledged the possibility of an undercount due to flaws in the method used to identify victims’ races.

Students acknowledged how this unresolved issue impacted their mental health. They shared personal stories, particularly about how they felt pressured to take steps in their own daily routines to reduce the risk of being trapped in uncomfortable situations with law enforcement.

The secondary focus of the event was students’ mental health. Attendees took turns sharing advice about how to calm down after feeling overwhelmed. Standard tips include practicing mindfulness and meditation, but unique suggestions made by students included watching a comedy film and playing music. Either can serve as a feel-good distraction.

During the walk, attendees were encouraged to check out “Tamarindo,” a self-described “Latinx empowerment podcast” that covers topics including politics, culture and self-love.

The event concluded with a peaceful gathering by the shore of Kameron Pond. There, attendees addressed the final talking point: how to further the treatment of their own mental health. This tied to earlier conversations about finding ways to process and release negative emotions.

Counseling Services encourages students to be aware of the various support systems they offer, which can be reviewed on their website. No one in need should hesitate to call them at 201-684-7522 if they have a question or would like to schedule counseling.

While reflecting on the event, Navarrete-Carpizo expressed satisfaction: “I attended because I had time to and because I’m Latinx. I really didn’t know what I was going into, but I’m glad I did.”