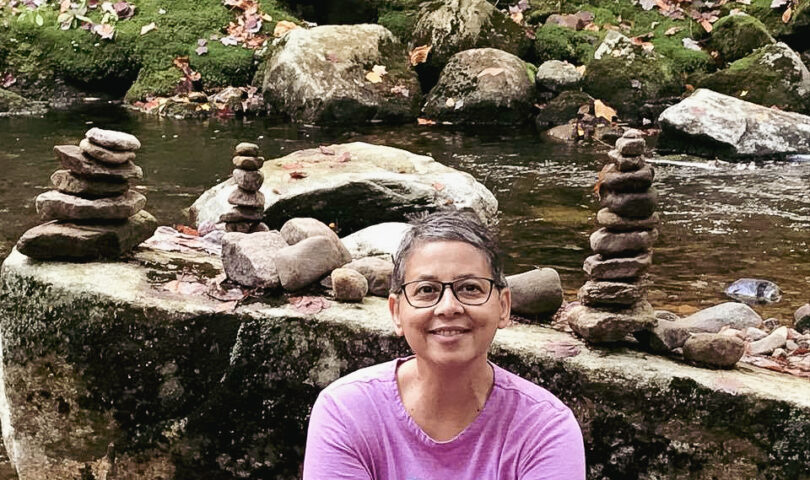 Karen Booth is a unique member of Ramapo College. She joined the college in September 1991, and for nearly 30 years, she worked at the Civic and Community Engagement Center (CCEC) as the Assistant Director for Civic Engagement. In January 2021, Booth retired, briefly.

Booth returned to the CCEC this semester and began her role as Coordinator for Civic and Political Engagement.

Soon before her retirement, Booth was overwhelmed with multiple on-campus duties. She was supervising the Women’s Center, running the We Care Program and overseeing alternative break, community service, civic and political engagement.

“I felt like I couldn’t really devote my passions and expertise to an area that made sense,” Booth said. “Whereas with this new position, I can because it is more pared down than before I left.”

She does not regret her brief retirement, she said, adding that at the time Booth and her spouse were looking to move, and because of her retirement, they were able to do so.

Her decision to come back to Ramapo was inspired by President Cindy Jebb’s arrival to campus. Booth lives much further away now in New York but believes the commute is worth it if it means she can work under President Jebb’s leadership and the college’s “renewed direction.”

“While I won’t be working directly with her, I think her vision for the college is exciting,” Booth said. “I think as somebody with her extensive military background, that she just gets civic and political engagement. Obviously when you’re in the military, you can’t be political, but you get the civic engagement piece of it because it comes with being in the military.”

Another part of Booth’s decision to return was to be reconnected with her ‘Po home. She has worked with most of the Center for Student Involvement professional staff for many years, and she was excited to work again with Director Rick Brown, Associate Director Eddie Seavers and Assistant Director for the We Care Program and Community Service Dylan Heffernan, who was Booth’s intern before becoming her colleague.

While working alongside Heffernan and the entire CCEC student staff, Booth’s main focuses are in political and civic engagement, which is everything to her. She strives to work with students and the Ramapo community to “reclaim their public persona, their public identity” and work towards civic health.

With the midterm elections quickly approaching, she is also hopeful that she and her team can help raise the number of college-aged voters, as they historically have a lower voter turnout. In the 2018 midterm election, Ramapo’s student voting rate was 45%, and Booth would love to see that number rise.

“I’d be happy with three percentage points. I’d be even happier with five. [I’d] fall over with 10,” she said.

Booth is also on a mission to further engage the Ramapo community with political issues at the state and local levels. Due to the overpowering media coverage on federal politics, most people remain disengaged with local issues.

Booth wants everyone to be passionate about the issues at the state and county level and “not just about the hot button issues at the federal level.” She recommends scheduling weekly or daily time dedicated to exploring and learning about local issues. She compares it to the time and life management skills students are taught in college, and she suggests that students make their local political and civic engagement a necessary part of their routine.

Booth’s passion for service is infectious, and it began at a very young age as her mother, a bar maiden, was incredibly politically engaged. Booth recalls going to the polling place when she was only four years old and her mother taking her to register to vote on her birthday.

All of these small yet impactful acts of service have led Booth to her position of civic leadership for the Ramapo community, and her work towards strengthening Ramapo’s engagement has only just begun.